Australia in the gold medal position for producing the precious metal, knocking China from top spot 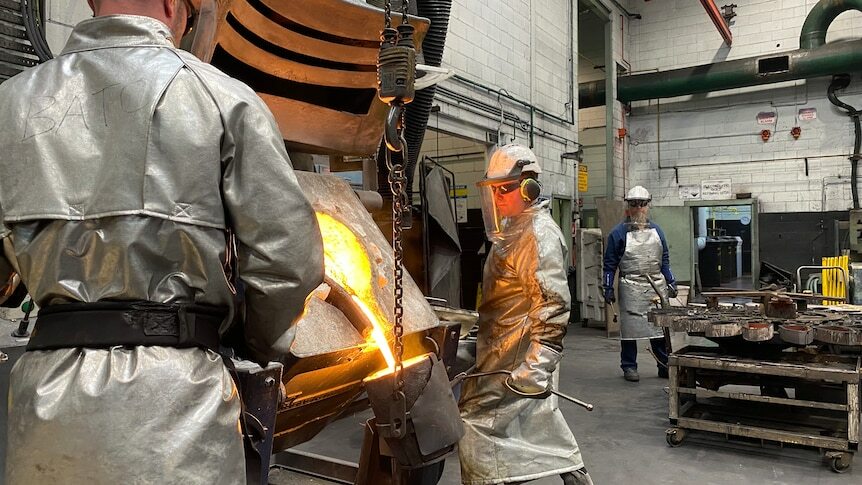 Australia has become the biggest gold producer in the world, overtaking China for the first time.

It's great news for gold miner Red 5 which is ramping up efforts to begin production at its King of the Hill mine in Western Australia's Goldfields.

"We started constructing in October 2020 and we're on track for the first gold in about seven or eight months time, in the June quarter of 2022," Red 5 managing director Mark Williams says.

The miner is turning the switch back on at the open cut and underground gold mine it bought four years ago.

The timing is pretty good too, with spot gold prices hovering at about $US1,800 an ounce.

"We've been able to essentially beat the rush with the escalation in the pricing," Mr Williams tells The Business.

How did we top China?

China has been the world's biggest gold producer since 2007, with Australia the second largest producer for about a decade.

Gold analysts Surbiton Associates report China produced 153 tonnes of gold in the first half of this calendar year.

But, she adds, it wasn't an increase in Australian production that led to the switch.

"We shall have to see what happens to gold production in the next six months, both in Australia and in China."

The last two years have been the best on record for Australian gold producers.

In the 2019/20 financial year 328 tonnes of gold was retrieved from beneath Australian soil — the most ever in a year.

"We do have a larger number of smaller mines compared to some of the other gold mining countries such as, say, the US," explains Dr Close.

"That gives us a little more flexibility sometimes."

IBISWorld research predicts the $26 billion sector will see revenue rise 11.6 per cent this year "due to continued uncertainty about the effects of the COVID-19 pandemic on the global economy".

It says the growth is also due to an anticipated surge in industry output and higher gold prices.

Australian Bureau of Statistics data reveals investment in gold exploration rose more than any other commodity in the June quarter, up 19.3 per cent to $429.8 million.

Why does the gold price go up when everything else goes down?

Gold is known as a safe haven asset.

Generally the price of gold increases when there's political and economic instability.

"Gold is the one safe haven asset that everybody flocks to in times of difficulty, in times of turmoil and trouble," says The Perth Mint's chief executive Richard Hayes.

But it's not always a straight line.

The gold price fell when the COVID-19 pandemic first took hold around the world.

"The initial reaction was quite negative — we actually saw in March 2020 gold prices fall roughly about 11 per cent and that was a reflection of a flight to safety and the market running towards the US dollar," explains Commonwealth Bank director of mining and energy commodities research Vivek Dhar.

Some argue digital currencies are giving gold a run for its money as the ultimate store of wealth.

But the extreme volatility of the likes of bitcoin and ethereum, where the price can move more than 10 per cent in a single day, has others arguing it's too risky.

"Bitcoin or ethereum coin exists in cyberspace. At the end of the day, it's simply an entry in an electronic ledger," argues Mr Hayes.

What else drives the gold price?

The biggest factor affecting the gold price right now is the US Federal Reserve and a weaker US dollar.

While the Reserve Bank of Australia is continuing with its tapering of bond buying, the US central bank is yet to move.

"A delay to tapering is likely to provide less support for the US dollar than otherwise and that should be positive for gold," Mr Dhar explains.

"While the inverse relationship between gold and the US dollar has deviated significantly in the past, in recent months movements in the US dollar have provided a reliable steer of gold price movements."

Which means we could see the gold price, and its contribution to our economy, rise again.