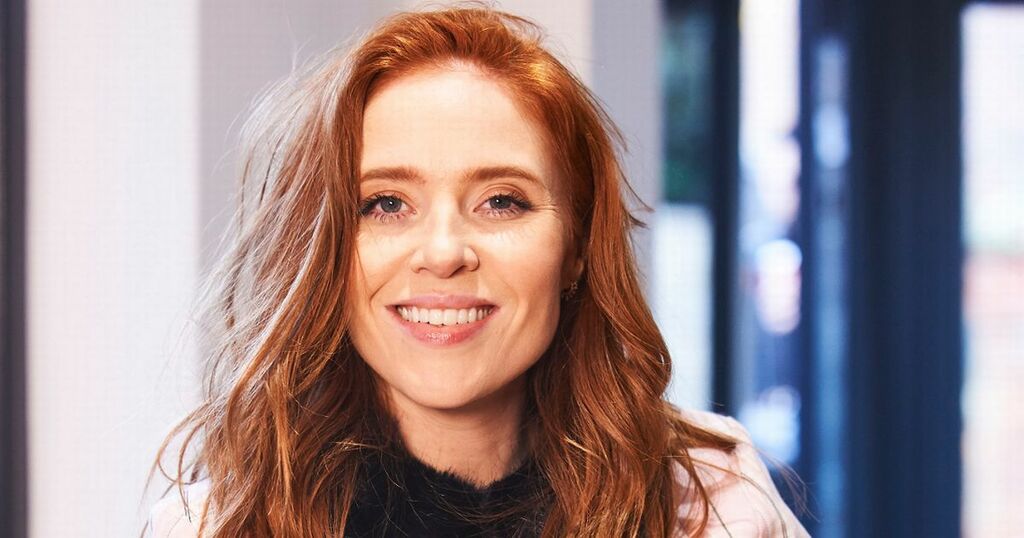 One Show host Angela Scanlon has been rushed to hospital after being involved in a serious crash.

Angela was in an Addison Lee private hire car when it collided with an ambulance and two other cars in north London.

Eye-witnesses at the scene said the Addison Lee car had been hit by a van which was originally struck by a BMW.

The 37-year-old Irish star was treated by medics at the scene and then transferred to hospital, according to The Sun.

The vehicle in which Angela was travelling in was close to 'write-off' after the accident at around 9.30am yesterday.

Police rushed to the scene to close the road while emergency services dealt with the incident.

Angela was released from hospital a number of hours after she was rushed to A&E to get checked out.

The star had just left her home - which was a mere five minutes away - as eye-witnesses revealed that she looked 'shocked' .

A local told the publication that people surrounding the crash looked shaken as they watched the collisions unfold.

"It was a serious crash which involved four vehicles. It made a hell of a racket. Quite loud bangs," they claimed.

“It was four vehicles in total. People looked shocked and shook up."

The source went on: "The damage to the Addison Lee was quite bad and the ambulance itself had to be taken away.

“It was shocking. The ambulance arrived quickly and took Angela away.”

A spokesman for the Metropolitan Police said: “Police were called at 09:32hrs on Tuesday, 14 September to reports of a collision involving several vehicles - including a private ambulance - on Bishops Avenue at the junction with Bancroft Avenue, N2.

“Officers attended. One person was taken to hospital by the London Ambulance Service. The road was closed whilst emergency services were at the scene."

Angela, who is a huge star in her hometown in Ireland, has been making waves in British TV for years now.

The flame-haired beauty has on more than one occasion, filled in for permanent One Show hostAlex Jones, while she was away.

She has also hosted documentaries on BBC 3 and the BBC 2 property programme Your Home Made Perfect.

As well as that, Angela has also hosted two series of a revived version of cult hit Robot Wars.

The Mirror has reached out to Angela's representatives for further comment on this story.