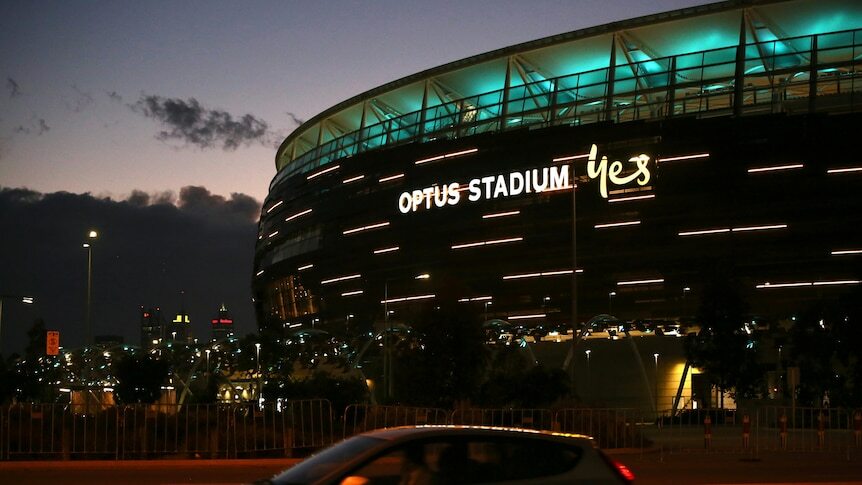 The AFL has confirmed the 2021 AFL grand final in Perth will start at 7:15pm AEST on Saturday, September 25.

Kicking off at 5:15pm locally, the match will start earlier than a regular season night game in Western Australia in order to accommodate younger viewers.

AFL executive general manager of clubs and broadcasting Travis Auld said the decision to play the game at night was also made to help take advantage of Perth Stadium's light display.

“The 5:15pm AWST/7:15pm AEST start time aims to provide fans at the game with the ultimate grand final experience by maximising the stadium's offering while taking into consideration the broadcast audience across the country," Auld said.

“The AFL, together with the Seven Network, remain cognisant of finishing the match at a suitable time for younger footy fans and, as a result, landed on a timeslot that is earlier than the usual start time for night matches during the season and last year's grand final.

“Historically, a really special part of grand final day is the build-up and anticipation, and we want to ensure we can share the excitement and atmosphere with the millions watching across the nation and around the world."

Four teams remain in the hunt to play in the grand final, with Melbourne taking on Geelong at 7.50pm AEST on Friday night at Perth Stadium, while Port Adelaide host the Western Bulldogs at Adelaide Oval at 7:40pm AEST on Saturday night.

Three-time premiership wingman Isaac Smith said featuring in what will likely be the only AFL grand played final at Perth Stadium — at least for several decades — is a huge lure for players.

"I did mention to someone the other day saying it'd be a good one to play in because it could go down as one of the best in history," Geelong star Smith said on Monday.

"I'm pretty sure the AFL and West Australian government have put a lot of things in place to make sure it's a pretty spectacular event.

"I know we're very excited to put our best foot forward and try and make it."

It is expected the grand final will return to the MCG in 2022, when it could also be moved back to the traditional afternoon time slot.

In March, the AFL announced this year's grand final would be played at the MCG on a Saturday afternoon.

But those plans were abandoned once Victoria's latest COVID-19 outbreak saw Melbourne thrust into another lockdown, with the grand final moved to Perth.

It is not just the start time that will break with tradition, with the AFL also confirming it would not host a pre-match grand final parade in its usual format.

In years prior to the pandemic, the two teams take part in a street parade the day before the game – with thousands of spectators.

But the league said there would instead be a "free, ticketed event" on the eve of this grand final.

"We have decided that given the tight time constraints and our continued conservative approach to dealing with the pandemic that it would be a more appropriate option to give fans a free ticketed event," the AFL said in a statement.

"One that will showcase the Premiership Cup and the competing clubs and players on the eve of the grand final.

"Those details will be released in coming days."

Perth's Lord Mayor Basil Zempilas said prior to the AFL's announcement he wanted a public street parade with "banners up and down St Georges Terrace and every shop window and hotel foyer decorated".

"No grand final is complete without the parade and the City of Perth is excited that so many Australians will see our great city at her very best," he said.