The killing of veteran Al Jazeera reporter Shireen Abu Akleh during a firefight between IDF soldiers and Palestinians in Jenin is a tragedy.

Journalists doing their job should be protected, even in the most dangerous situations. The death of the 51-year-old, whose face is familiar to millions of viewers around the Arabic world, is a tragedy, as are the deaths of all journalists who have been caught in the crossfire and killed while reporting from conflict and war zones around the world.

Abu Akleh held American citizenship, and US Ambassador Tom Nides called for a “thorough investigation in the circumstances” of her death.

We support Nides call, but there are problems. First, some are wildly casting blame on Israel before an investigation has even begun. Second, the Palestinians are not willing to cooperate with Israel in a joint investigation.

A high-profile journalist lies dead on the street where a firefight took place and the conclusion immediately drawn by Palestinians and their supporters, with no questions asked, is that Israel killed her – and did so intentionally.

Palestinian Authority President Mahmoud Abbas declared immediately that Israel bears full responsibility for her death. Palestinian politician Hanan Ashrawi tweeted that Abu Akleh was “shot & murdered by the Israeli occupation army.” Fatah spokesman Osama al-Qawasami said Israel deliberately targeted Abu Akleh because it “wants to send a message to journalists around the world” that “whoever wants to cover the truth will be shot and killed.”

Lolwah al Khater, deputy foreign minister of Qatar, which sponsors Al Jazeera, tweeted that “Israeli state-sponsored terrorism must stop,” and Al Jazeera determined with certainty that the IDF shot its journalist “deliberately” and “in cold blood.”

All of that was stated before any investigation and without any physical evidence. Those who think the worst of Israel will be willing to accept and believe anything about it – including that it would intentionally target and kill a prominent Arab journalist.

Prime Minister Naftali Bennett said that according to “information in our hands right now, there is a good chance” that Akleh was killed by Palestinians firing indiscriminately at the Israeli troops. The PMO circulated a video showing a Palestinian gunman saying, “We hit a soldier, he is lying on the ground.” Since, however, no IDF soldier was injured in the firefight, this suggests that it is possible the gunmen mistook the journalist for an IDF soldier and is responsible for her death.

This need not be a classic “he said, she said” case of conflicting claims that can never be proven.

A fairly simple joint pathological investigation – clarifying the bullet type and the angle of the bullet entry wound – would go a long way toward determining who fired the fatal shot. But the Palestinians are not interested in a joint investigation, and Akleh’s body was immediately taken to a local hospital to preclude one. Furthermore, she is expected to be buried on Thursday without an autopsy.

Bennett called on the Palestinians “to conduct a joint pathological analysis and investigation, which would be based on all of the existing documentation and findings, to get to the truth. So far, the Palestinians have refused this offer.”

Why? Because they do not have an interest in “getting to the truth” and finding out how Abu Akleh was killed. What they are interested in now is the propaganda value that can be culled from a well-known journalist killed on Jenin’s streets.

The PA has made up its mind about how Abu Akleh was killed, and need not be confused by an investigation that could muddle up its narrative. Reasonable people around the world, however, should ask themselves, before jumping to conclusions: why are the Palestinians refusing a joint examination?

If Abu Akleh was indeed shot by IDF soldiers operating in Jenin, then Israel needs to take responsibility, review standing orders, and see what can be done to ensure that journalists and other civilians are not harmed, even as the IDF continues trying to tamp down the current wave of terror by going on the offensive throughout the West Bank, including in Jenin.

Abu Akleh’s death is terrible. But it is sadly being cynically used to blame Israel, something that will incite others to carry out even more terror attacks against the Jewish State. 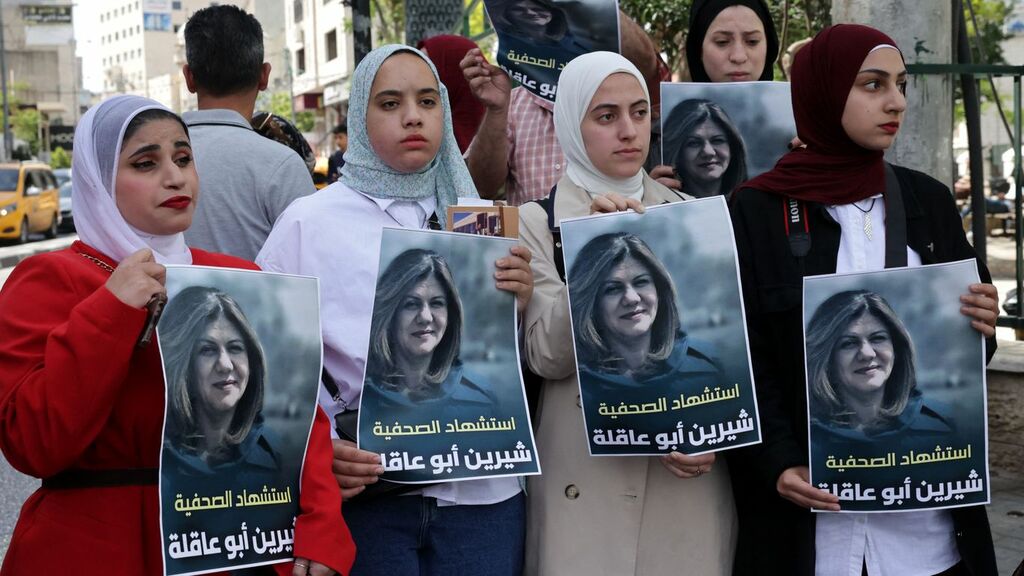 Axios
One subscription that gives you access to news from hundreds of sites
Israeli, Palestinian initial forensics can't determine who killed journalist in Jenin

51-year-old dual American-Palestinian Abu Akleh, from Beit Hanina, was struck by a bullet to the head while covering an IDF…

Before the Palestinian journalist was even buried, her death is being exploited for political gain.