A ‘Destiny 2’ Warning Regarding Trials Of Osiris Loot Farming 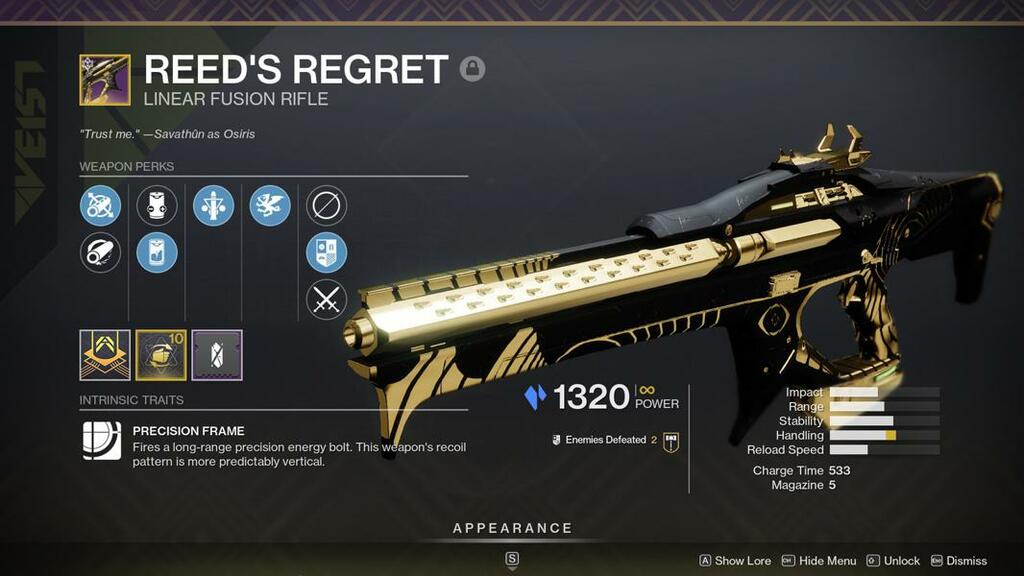 Destiny 2’s Trials of Osiris grand revamp is here, and generally speaking, by all accounts, it’s very good. Or at least much better than it was, which seems to be the case for both lower and higher skill players in different ways.

Though I think there is at least one aspect of the new Trials card and loot system that some people seem unclear about, as I certainly didn’t really get it at the time, even though technically, the game does explain it if you’re reading the fine print.

This is about how cards, reputation and loot farming all interact.

If you are trying to go Flawless in Trials, essentially nothing has changed. If you get a loss counted on your card, you will have to reset your card and try again. That’s it.

But for everyone else, casual players who just want some Trials loot, there are actually strong incentives to never reset your card, and I’ve heard about people doing it once they hit seven wins because they weren’t clear you’re not really supposed to.

Trials cards no longer count losses, and will count up to 7 wins and 20 rounds won. The rounds won stat plays into Trials reputation, 5 points per round won, so at 20 rounds won on a card, that’s why you’re getting 100 rep per patch, win or loss. That’s an engram every 3-6 games or so, depending on your rank. If you reset that, it will go all the way back down again and you’ll have to start building back up to 20. So that’s not great.

On a Flawless card, each additional win without a loss can get you additional Adept weapon drops. But even on a normal card, even if you’re like 7-50, getting additional wins at 7 wins will get you core and prisms, but also occasionally full Trials engrams and full Ascendant Shards.

In contrast, if you reset your card, all you’re dong is losing all your rep snowball gains, and taking away that chance at extra loot. I will admit that matches post 7 wins seem harder than those down below it, and yet I do feel like this is because a number of newer players might be resetting their card instead of farming at 7 wins.

In short, the only reason you would ever reset your card after 7 wins is if your main goal is to go Flawless. But if you can forgo the chance at Adept loot, and your main goal is to simply get as much Trials “stuff” as possible, getting a card to seven wins and staying on it the whole weekend is the way to go, as rewards will increase significantly from there, both in terms of engrams and endgame materials. And this is how Trials suddenly become one of the most rewarding activities in the game, when previously it was one of the least.

Hopefully this made a few things clear. Bungie has effectively spelled all this out, but if you missed it, I wouldn’t blame you, so here you go.