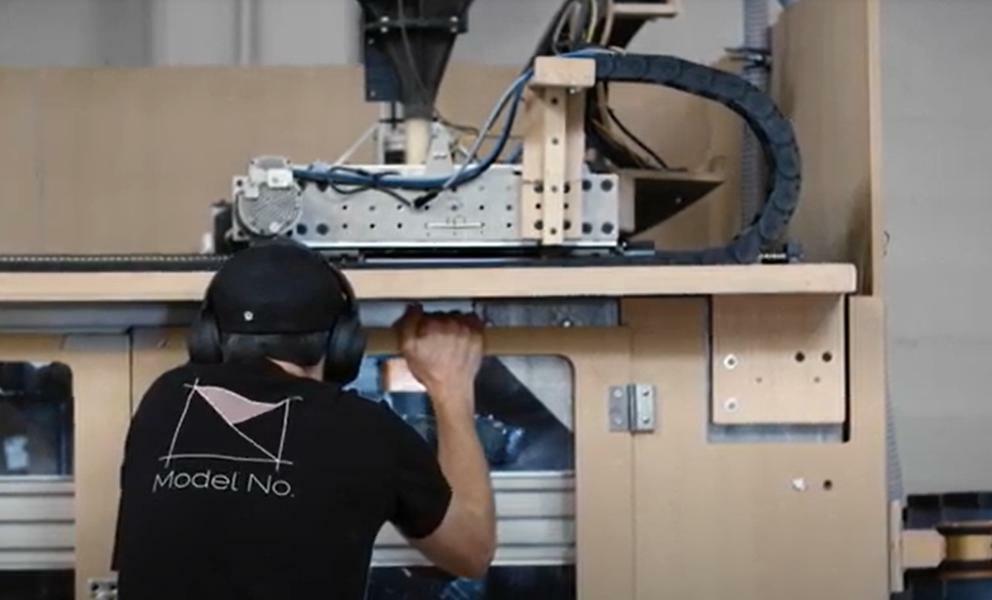 Several startups are positioning 3D printing as the next, most-attractive sustainable, efficient and affordable option for home construction. The innovation is improving at warp speed, gathering the attention of some of the largest home builders in the country.

Recently, California-based 3D printing construction company Mighty Buildings announced a partnership with Fortera, a materials technology company that produces an innovative cement that reduces CO2 emissions by more than 60% compared to traditional cement. The partnership will help advance Mighty Building’s mission of addressing the housing availability crisis while becoming carbon neutral by 2028, hoping to lead the way for the construction industry.

This type of collaboration is critical, says Sam Ruben, chief sustainability officer and co-founder at Mighty Buildings, because it would be impossible to solve the housing or the climate crisis alone.

“We partnered with Fortera to bring sustainability to the market at scale,” Ruben said. “Together we are changing how concrete is made and factoring that into creating a low carbon concrete to reduce the impact of construction. We are looking at a holistic systems perspective – how to leverage new and existing companies’ technologies to show the industry more broadly that there is a pathway.”

Traditional cement used for foundations contributes to a significant portion of the overall carbon footprint for a home; however, Fortera’s new cementitious material converts carbon dioxide into cement, reducing CO₂ emissions by more than 60%.

Kas Farsad serves as the vice president of corporate development at Fortera and explains the process that is lowering the environmental impact.

“There isn’t a lot you can do to reduce the CO₂ in cement,” he said. “Traditional cement production takes limestone, grinds it and burns it. During that process, 44% of the weight of the limestone burns off as a gas. We want to make it as efficient as possible, but fundamentally when you burn limestone, you release CO₂. It is unavoidable. To make our cement, we roll the CO₂ back into the finished product, keeping the CO₂ intact. Whatever you build now has it incorporated, instead of having it released.”

Since half the weight of limestone is CO₂, typically half is lost as a gas during the process. Since Fortera is reincorporating the CO₂, it keeps the weight that was mined and doesn’t experience the loss that happens when it is burned off, extending the life of existing quarries.

As another part of its commitment to sustainability, Mighty Buildings signed The Climate Pledge, an initiative launched by Amazon and Global Optimism to reach the Paris Agreement 10 years early and be net-zero carbon by 2040.

Ruben says the company also launched an advisory council from cross industries to advance its sustainability mission. Members such as Lindsay Baker, CEO of the International Living Future Institute and Shawn Hunter, global sustainability director at DuPont are part of that charge.

Other 3D printing companies are also rethinking sustainability. For instance, Luai Al Kurdi, the founder and CEO of construction technology company Print4d based in the Czech Republic, is thinking about integrating waste material into the production of the 3D printing materials to reduce anything that would have previously been discarded.

This innovation and the pursuit of sustainable materials in 3D printed housing also creates value by eliminating other materials. Where a typical wall might have wood, drywall, screws, tape, mud, insulation, and barriers and plates, 3D printed walls have one formula. This simplification not only has sustainability benefits, it also reduces the supply chain, freeing up time, resources and expense for more affordable homes.

“3D printing, particularly using our Light Stone Material, largely avoids the use of traditional construction materials and the associated volatility and is able to tap into a global supply chain that leverages production at facilities around the world to minimize impacts to shipping,” Ruben said.

Furniture manufacturer Model No 3D prints chairs, sofas and other items to provide a smarter, more custom, highly sustainable solution. The sustainability is measured in a variety of ways from the process. First, the company chooses only sustainable materials. Second, it only creates furniture on demand, so there is very little waste from extra inventory or storage needs. Also, furniture is printed as close to the end consumer as possible to cut down on transportation. Plus, the company aims to take advantage of repurpose and reclamation programs.

Kurdi also is researching how to use recycled materials, such as recycled aggregates that typically aren’t incorporated into concrete. The thought here is to integrate waste materials into the mix before they become waste.

Labor shortages play a very large role in the struggle with supply chains at the moment. Mighty Buildings’s process also solves that.

“For every five general contractors that are retiring, only one is coming in,” Ruben said. “New entries to the workforce are going into the gig economy or becoming programmers. With our process, we create a safer work environment, and steady work because it’s indoors, plus set hours so they can plan their lives easily. It all means more certainty in the structure. We are able to reduce labor hours but increase productivity by more than 20 times.”

Plus, the process of 3D printing means that production can be more localized. A 3D printing factory can be set up next to the site, using source materials from close to the site, which eliminates logistics and supply chain issues. Mighty Buildings took advantage of new technology to set up shop in a 79,000-square-foot warehouse in an incredible urban location in Oakland, CA. The company attributes the ability to attract the next generation of workers to the great location.

While it’s hard to believe, this innovative 3D printing process for building homes isn’t a far-fetched idea. Mighty Buildings is partnering with a number of builders to bring it to life in a variety of contexts.

For example, Palari and Mighty Buildings are partnering on several projects across California to deliver 3D-printed, net zero energy homes. Palari started as a real estate consultant firm years ago and transitioned to be a 3D-printed home builder after seeing the incredible use cases.

For these single family, net zero homes, Mighty Buildings is able to print all the panels in less than a week; the entire exterior wall system is 3D printed. The project site goes from greenfield to installation in less than four weeks, then there is a six to eight week build period because they arrive flat packed onsite. Finally, the on-site installation is just three to four weeks, including standing the panels up and connecting them. Ruben says they have partners that provide prefabricated bathrooms, which are a very attractive part of the home because they have high-quality, beautiful finishes.

“The solutions have to be economically feasible,” Ruben said. “There has to be a reduction in costs.”

The three-bedroom, two-bath turnkey solution properties that also include an ADU, a garage and high-end technology like the Delos healthy home system, are selling from $500,000.

“Our vision is to become a production as a service platform,” Ruben said. “Right now, we don’t have enough people to build all the housing we need. So, we are bringing new technologies to bear on the issues that we have.”

Ruben said that Mighty Buildings is finding some market niches to focus on. For instance, because of the smaller size of ADUs, it’s prohibitive for many builders to produce them, so the company has recently been able to fine tune an ADU strategy with a product line called Mighty Mods.

Mighty Buildings also wants to step into the role of being a solutions provider. One way they are doing that is by creating a REVIT plug-in for its panel system, so that in a few years, third party designers can plug directly into the Mighty Buildings platform.

Ultimately, Ruben and his team are striving to create a distributed network of 3D printing and robotized Mighty Micro Factories across the country and around the world with each factory able to produce 100 homes per year.

Kurdi is in lock step.

“In the next few years, we’ll have fully automated, fully digitized solutions to push the productivity in construction,” he says. “The promise is that efficiency and productivity will increase. Robots don’t need to rest, so they can produce 24/7. The efficiency will increase because the machines are really accurate, and the quality can be very high, reducing human error and other issues that can happen.”