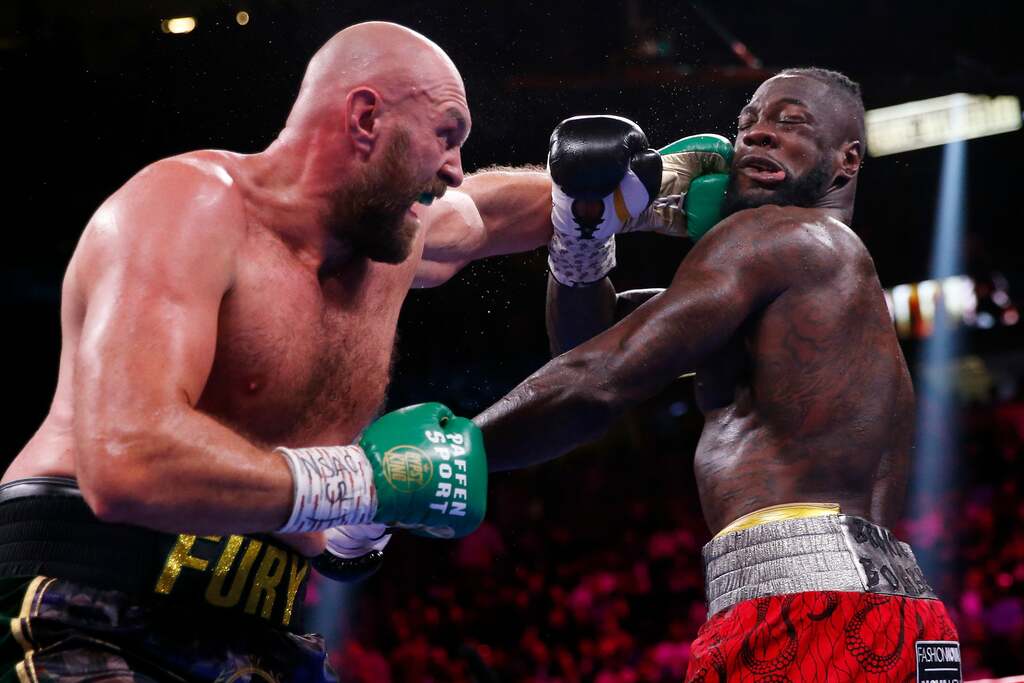 Saturday night in Las Vegas saw the thrilling conclusion to the Fury and Wilder boxing trilogy as Tyson Fury stood tall after knocking out Deontay Wilder to retain his WBC heavyweight championship.

In what is already being called an ‘all-time classic’ by some fans, Fury managed to twice pick himself off the floor in the fourth round to rally himself and then knockdown Wilder twice himself, firstly in the tenth round, followed by the telling blow in the eleventh.

“It was a great fight, worthy of the best trilogies,” said The Gypsy King after the contest. “I will not make any excuses, Wilder is a top fighter, he gave me a run for my money. I always say I am the best fighter in the world and he is the second-best. Don’t ever doubt me. When the chips are down I can always deliver.”

This was the third time in 34 months the two boxers had clashed and signified a remarkable comeback for Fury whose career appeared to be on the rock for a few years following a public battle with fitness, addiction and mental health.

As is his trademark now, Fury celebrated his win with a song and serenaded the audience with his own version of ‘Walking in Memphis’ by Marc Cohn but changed the song to ‘Walking in Vegas.’

It's not a @Tyson_Fury victory until he serenades us 😅 pic.twitter.com/q07DWf8rmt

The overall reaction to the fight was one of awe and amazement as many realised they had just witnessed something very, very special.

A day the 🥊 books will not forget. @Tyson_Fury | #FuryWilder3 pic.twitter.com/Yjwd6Or3cU

Fury/Wilder was the fight of the year

That was one of the greatest fights I’ve ever seen.
#1
#2
And #1 is undefeated going in.
Congrats to my friend & champion @Tyson_Fury
What a beautiful & resilient performance.
What a “on the shield” heart @BronzeBomber has.
I was inspired tonight by both men🛡 #FuryWilder3

Tyson Fury ends the trilogy with a RD11 KO of Deontay Wilder, successfully defending his WBC title in a heavyweight war fans will not soon forget. #FuryWilder3 pic.twitter.com/VKJwEyxpfi

The Gypsy King Tyson Fury is a great inspiration to anyone going through difficult periods in life. With his mental problems in the past, getting COVID-19 and having an unwell child before the fight, to end up KO Wilder. What a man! #FuryWilder3 pic.twitter.com/FvM84Ubxck

What we just saw from Deontay Wilder is one of the gutsiest displays in a boxing ring in history, bar none. The man was battered around the ring by Tyson Fury and never stopped throwing. He meant it when he said he wanted to go out on his shield. #FuryWilder3

I’ve witnessed some fights from ringside in my time but THAT was the best of the lot.

Of course, there were plenty of memes and jokes.

At this moment Wilder knew he has lost to Tyson fury pic.twitter.com/Z1FHKnT9aS

I knew the fight was over when i heard Deontay Wilders trainer ask what round we in vs Tyson Fury.... #FuryWilder3 pic.twitter.com/HpGiMe3cAQ

Antony Joshua after he saw Fury get up from two Wilder right hands 😂😂#FuryWilder3 pic.twitter.com/g58IUi7ylY

Celebrity boxer, Jake Paul is already hyping a fight between him and Wilder because of course, he is.

I think Tyson Fury might have finally earned the chance to fight me.

What an astonishing journey it has been for Fury.

Tyson Fury sent this message to Deontay Wilder back in 2017…

350lbs, struggling with his mental health, and written off by nearly everyone in the boxing world!

What a journey it’s been for The Gypsy King!#FuryWilder3 pic.twitter.com/CrQbr267dw

Just take a moment to remember the journey that this man has had.

Respect is all due to Wilder.

Deontay Wilder worked four jobs to support his daughter who was unwell and to give her better care.

He began boxing to gain money for his daughter, and he was still working his regular jobs.

He is the American dream.
He is an absolute legend.

Inevitably, Fury had the final say on the night.

Don’t ever doubt me, when the chips are down I always deliver!

After the bout, Fury said that his trilogy with Wilder is done adding: “It was definitely a historic trilogy. It swung both ways, both fighters had the opportunity to seize the moment and it was just that I showed the initiative and dug deeper and I wanted it more. Because at the end of the day, when it comes down to that sort of fight, it’s who’s willing to push further.”

It remains to be seen who Fury will fight next but should Anthony Joshua beat Oleksandr Usyk in his rematch then a contest between the two biggest heavyweights in the current era of British boxing would be too good to pass up.