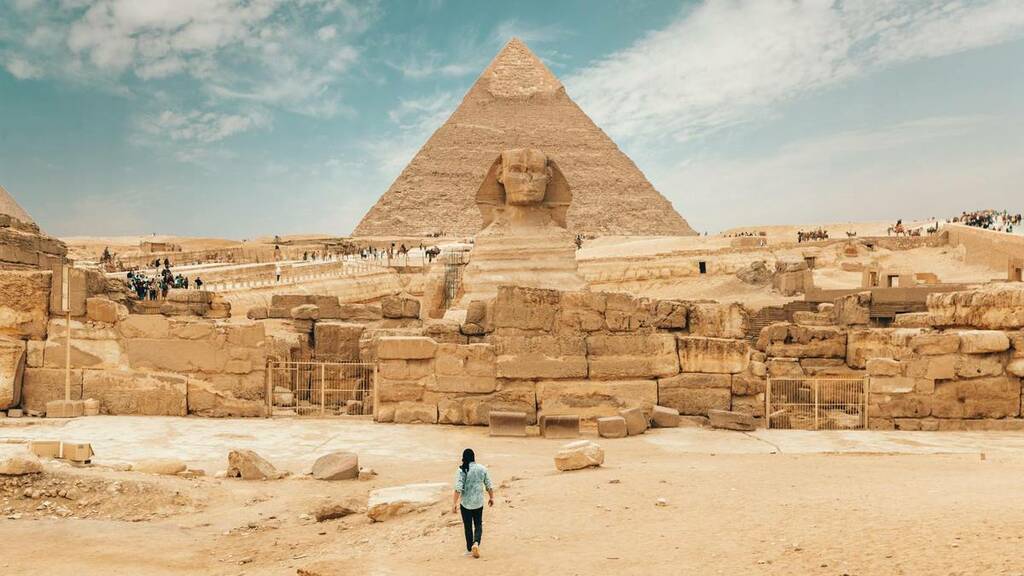 After years without international travel, the thought of venturing out into the big old world may seem overwhelming.

Although, according to travel aficionados on the popular online platform Reddit, there are some cities or attractions you should cross off your list for good and others that are surprisingly underrated.

15 Destinations that travellers believe are 'overrated'

I think the big mistake people make in Chicago is to spend their whole trip downtown. There are some great sights and attractions, but it's primarily a business district, and it closes up on the weekend or at night. You really need to leave downtown and visit the city neighbourhoods to see what it's all about here.

Checkpoint Charlie, Berlin
The wall museum at Checkpoint Charlie is also an overpriced tourist trap. It's better to go to the free memorial between Nordbahnhof and U Bernauer Str. There's also a very interesting museum (also free) on life in separated Germany at the Tränenpalast (Palace of Tears) next to Friedrichstraße station.
—u/gypsyblue

CN Tower, Toronto
The most unique part of our skyline is the CN Tower. So when you're up in it, you're just looking down at the tops of buildings, grid-patterned streets. Save your money (admission is crazy expensive), and go to Toronto Island to get skyline pictures with the CN Tower included!
—u/DoubleUnderline

The Peak Tram, Hong Kong
It is uncomfortable, expensive and crowded. And there is nothing to see out the window.
Instead get the Number 1 bus from Exchange Square in Central. Sit upstairs at the front, left side if you can.
—u/WurzelGummidge

Downtown Dubai, Dubai
"It's talked up as one of the best tourist destinations in the world, but when I was there it felt like an amusement park under construction. I felt like I was constantly being shuttled from one tourist trap to another."
—u/NamerNotLiteral

Pisa, Italy
"Pisa in general I found to be very touristy. If you want to visit a great destination in central Italy, head to the walled city of San Gimignano instead. It's a quick train trip from either Florence or Pisa, and it's 100% worth it."
—u/nookienostradamus

Clearwater Beach, Florida
"It's been built up so much there's hardly any beach left. The traffic is really awful, so devote two hours of precious beach time just sitting in it. It stinks big time for the locals."
—u/kurnadurn

Cancun, Mexico
"Sure, it's pretty, but doesn't represent the beauty of Mexico. Go to Mérida — the food is better, and the nature is great."
—u/Lockshala

"There are so many cooler, hipper, better places to visit around Cancún and the Yucatan. Playa del Carmen, Tulum, Valladolid, and Mérida are much better if you're considering a trip."
—u/samuraibutter

Kuta, Bali
"Kuta, a resort town in southern Bali, is the worst. It's been completely and utterly ruined by tourists. I was there during Australian 'spring break,' and the whole place was just overrun with young, drunk 'party bros.' I fled from Kuta as fast as I could."
—u/franichan

Times Square, New York
"It's a tourist trap, and the restaurants and shopping aren't unique to NYC. Why eat in Times Square when you can eat at the same chain restaurants in a Midwestern city for even cheaper?"
—u/putmeinthegomi

As a native, I would recommend Times Square if you happen to be near it at 3 AM or at some other ungodly hour. Not only does the complete lack of crowds let you appreciate the neon daylight, but the kind of crowd that lingers there is quite the entertaining character study lol
—u/ curiouspigeon92

Machu Picchu, Peru
"The site itself is really incredible, but it's overcrowded with so many loud tourists to the point where you feel like you're walking through Disney World instead of a UNESCO heritage site."
—u/cfmcg

Great Wall of China, Beijing
"If you go to the Great Wall of China, I'd suggest not going to the section right there in Beijing. It's newly rebuilt and touristy. For a much better experience, drive a ways out of the city to the Simatai section (120 kilometers northeast of Beijing). There, you'll find an original portion of the Great Wall that is uncrowded and more authentic."
—u/DownUpOverAndBack

The London Eye, London
The London eye. You pay to be locked in a box made of glass for a while to see the things you have already saw
—u/PercyPJ1

Edinburgh Castle, Edinburgh
Edinburgh Castle is so overly busy and touristy. Yeah sure it looks great but we also have loads of other equally or more impressive castles that don't involve queuing to get into separate rooms. If you're going to Scotland I'd recommend checking out Stirling Castle, Craigmillar, Linlithgow Palace, Blackness Castle and Aberdour Castle just to name a few off the top of my head that are reasonably close by.
—u/blue-wednesday

Underrated travel destinations worth a visit

Pienza, Italy
"Whereas some of the bigger Tuscan towns like Siena and Montepulciano felt a bit touristy, Pienza was truly a hidden gem. It's right in the picturesque Val d'Orcia overlooking vineyards and rolling hills, home to cute, family-run restaurants, tiny shops selling local wine and Pecorino cheese, and stunning Medieval buildings. Everywhere you look seems like it came straight out of a postcard. It was one of the most beautiful towns I've ever seen."
—Hannah Loewentheil via Buzzfeed

Forest Park, Oregon
Tons of trails that can let you see some of the beautiful forest. Def worth it if you're visiting from a place without much wildlife or without our type of forests. In terms of the experience you get in exchange for not having to drive far or needing gear/experience, it's a great option. However if you're outdoorsy, I would say it's better to invest some time driving out into the gorge, mt. Hood forests, or tillamook forest.
—u/Bendybenji

Northern Albania
"The northern part is filled with beautiful landscapes and mountain ranges, and the south has beaches with crystal blue water. You can find incredibly nice resorts and hotels to stay at for very affordable prices. The people are extremely welcoming, and the hospitality is great."
—u/Handsomeclooney

Romania
"Romania is absolutely amazing. This Balkan country boasts beautiful sites, nature, warm sandy beaches, friendly people, and good food. And the icing on that cake is that it's incredibly affordable. I never understand why more people don't travel there."
—u/louise1969

Poland
"I was so pleasantly surprised by how beautiful this country is. I road-tripped, and every city was very beautiful and had a unique history. Poland has something for everyone, whether you're looking for culture or to party. The mountains are also beautiful with great hiking. Prices are very affordable, especially if you come from a Western country."
—u/towapi

Glasgow, Scotland
A lot of tourists do Edinburgh and then the highlands and miss out Glasgow which is a shame because it truly is the heart of culture in Scotland. Super friendly people, amazing restaurants, the best pubs, and just a vibrant urban centre with beautiful Georgian and Victorian architecture.
—u/yellowtshirtgirl

I loved Glasgow. People said it was just an old industrial city, but I found it to be so much more than that. Between all the green and history it was possibly my favourite stop.
—u/LadysPrerogative