NEW DELHI: Three days after confirming their availability to play an international friendly match against India, the Football Association of Zambia has called off the game due to unavailability of players.

The Indian men's senior team was scheduled to play against the higher-ranked Zambia in Doha on May 25.

"We regret to inform you that our efforts to secure our professional players for the friendly against India that was scheduled for 25th May 2022 against India has proved futile.

"Most of the players season ending matches are close to the scheduled date making it practically impossible to join camp," Zambia FA's general secretary Adrian Kashala wrote in his letter to Indian counterpart Kushal Das.

The match was part of India's preparation for the forthcoming AFC Asian Cup Qualifiers Final Round scheduled to be held in Kolkata from June 8.

The Indian senior team is ranked 106th in the FIFA chart, 19 places below the 87th ranked African nation.

The news of the cancellation came barely a few hours after the All India Football Federation had issued a press release confirming the match.

"All India Football Federation confirms a friendly match for the Blue Tigers against Zambia in Doha on May 25," the AIFF had said in the release.

The Blue Tigers have been camping since April 23 -- first in Bellary, and then in Kolkata where the national squad are scheduled to play two more friendly matches -- one against a combined All-Star XI from the I-League and the other with the Bengal Santosh Trophy contingent.

The Blue Tigers have already played ATK Mohun Bagan in a friendly match on May 11, which they lost 1-2.

The Asian Cup Qualifiers Final Round will be held across three match days on June 8, 11 and 14, with the group winners and the best five second-placed teams earning a ticket to the main tournament in China which is slated to kick off on June 16 next year. 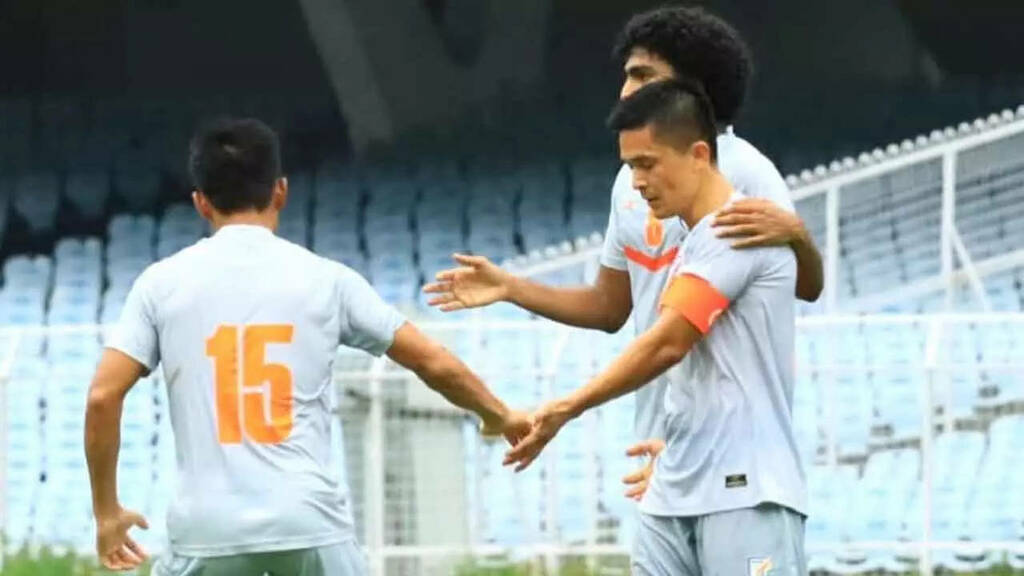 India handed reality check by ATK Mohun Bagan, lose 1-2 despite Sunil Chhetri strike
KOLKATA: The Talismanic Sunil Chhetri returned to action with a delightful strike but it was not enough as India went…

The Times of India
One subscription that gives you access to news from hundreds of sites
Chhetri has recovered well, will be team's main force: Stimac ahead of Asian qualifiers

Sunil Chhetri will return to action after six months to play Hong Kong, Afghanistan and Cambodia in the Asian Cup…

KUALA LUMPUR: China will not host the AFC Asian Cup final round next year in view of the surging COVID-19…