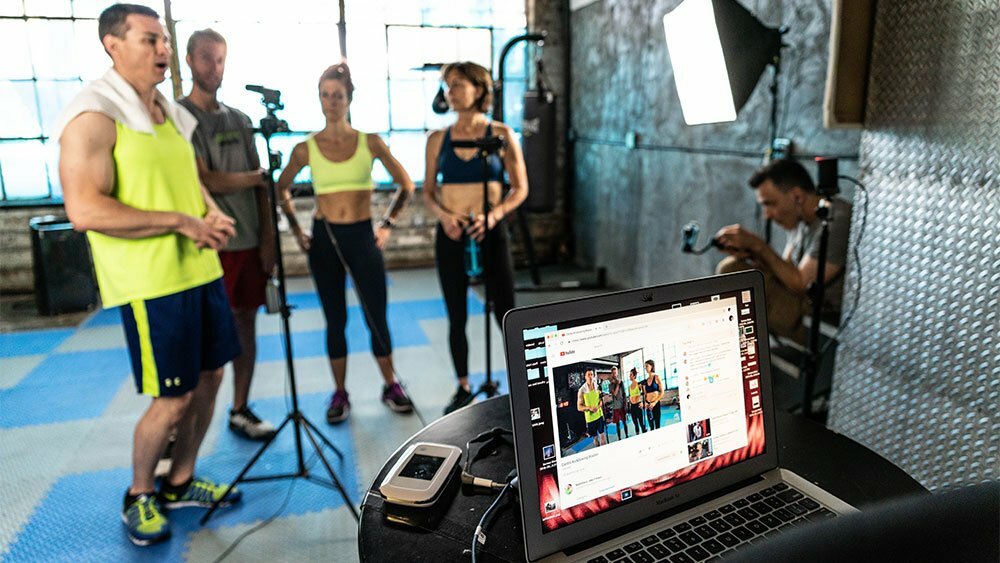 Google's purchase of YouTube for $1.65 billion 15 years ago is looking better all the time. Now that paid subscription growth is kicking in for YouTube's video and music services, the division is giving a boost to Google stock.

In a recent blog, Google parent Alphabet said it has signed up 50 million subscribers for basic YouTube Music or Premium, including those in free trials. That's up from 30 million in late 2020, or two-thirds growth.

YouTube has the fastest-growing music subscription service, said Lyor Cohen, YouTube's Global Head of Music. That's a concern for others in the space, including Apple Music as well as Spotify.

"The unique offerings of YouTube Music and Premium are resonating in established and emerging music markets alike," Cohen said in the blog. "We're seeing impressive growth in countries like Korea, India, Japan, Russia and Brazil where music is a top passion."

While YouTube's advertising revenue growth has been a longtime driver of GOOGL stock, the subscription business is much newer. Google doesn't break out YouTube's subscription revenue. But it does periodically disclose subscriber numbers.

Then there's YouTube's internet TV product, which offers cable TV-like programming. YouTube TV had more than 3 million subscribers as of late 2020. It costs $64.99 per month for three concurrent video streams.

One caveat is that this year, YouTube TV's growth may be constrained by a lingering dispute with Roku over its live TV offerings.

And recent numbers are giving a boost to Google stock.

"You see many advertisers re-evaluating their media mix and increasing their investments in our platforms," Google Senior Vice President Philipp Schindler said on the company's June-quarter earnings call. "Connected TV is really the fastest-growing consumer surface that we have, and that growth started before the pandemic and has solidified since. And in the U.S., we have over 120 million people watch YouTube on TVs every month. And that's up from, like, 100 million last year."

In August, YouTube said it had 2 million content creators globally in its partner program. Started in 2007, the program shares ad revenue with content creators. Partner channels keep 55% of ad revenue generated by their videos. YouTube says it has paid more than $30 billion to creators and media firms over the last three years.

In addition, Google is gaining traction with "YouTube Shorts" — its answer to TikTok's popularity. In the June quarter, YouTube Shorts had more than 15 billion daily views, the company said.

Also, Google has upped spending on YouTube Shorts content creation. YouTube set up a $100 million fund, which pays creators up to $10,000 monthly for making viral videos. TikTok creators are turning to YouTube's platform, according to The Hollywood Reporter.

High content costs, though, are likely a drag on YouTube's profitability. Alphabet last year disclosed more financial data on its cloud computing business, which is not yet profitable despite booming revenue growth. Cloud profit margins are expected to improve, which would be a plus for GOOGL stock.

Alphabet has not broken out YouTube's financials, aside from advertising revenue.

"We see plenty of room to go with YouTube growth fueled by global consumer trend from liner TV shift toward streaming video, and YouTube still only generating $15 in annual revenue per user," Bank of America analyst Justin Post said in a recent note to clients. "YouTube margins and profit contribution, however, still remain a well-kept secret."