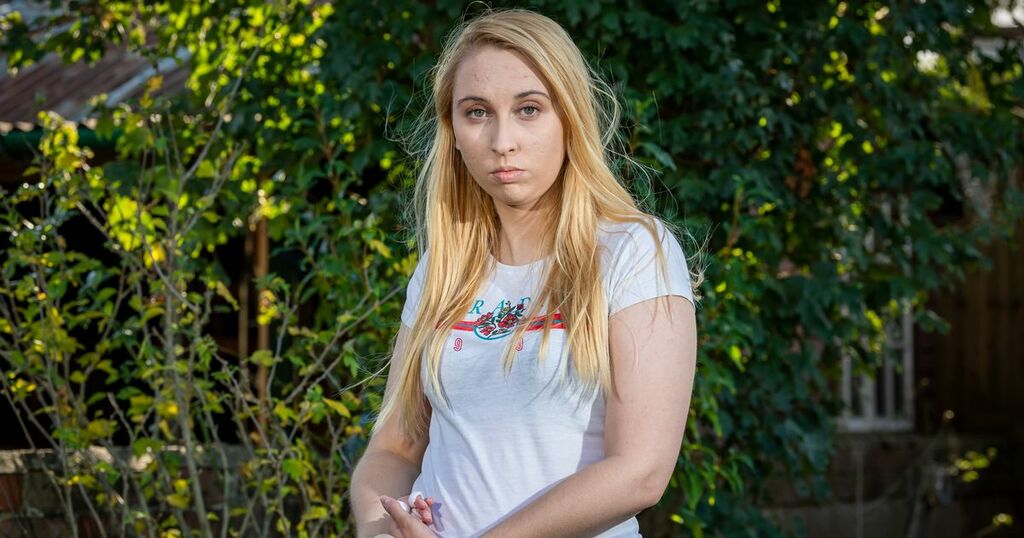 A woman says she has completely lost the use of her arm after her contraceptive implant got stuck so deep doctors couldn't remove it.

Danielle Jarrett had the small flexible plastic rod – called Nexplanon – inserted into her arm three years ago and suffered no problems until she went to get it replaced.

But when her GP couldn't remove the 4cm implant, she was sent to a specialist – who also couldn't get to it.

The 24-year-old from Dartford, Kent, said a further two-hour operation to remove it also proved unsuccessful.

After the operation, Danielle says her arm went "numb" and floppy, and despite reassurances, the feeling never came back.

She visited her local A&E and was told she had suffered nerve damage but would regain movement after 12 weeks with regular physiotherapy appointments.

One year on from the operation, Danielle says she still hasn't regained any movement or feeling in her left arm, which she can't use at all.

The insurance worker has been forced to rely on her mum Alison, 53, to cut up her food, wash her hair and help her get dressed.

Danielle said it has "ruined" her life.

She explained: "I've completely lost my left arm. I can't use it, I can't feel it, nothing.

"I have a disability now but you wouldn't think to look at me.

"I really took for granted what I could do before. Now I can't use a knife and fork. I have to get someone else to cut up my food.

"One time I was out with my friends for a meal and they had to do it for me and I just looked like a lazy diva.

"I can't wash my hair. Zips are a no-no. Forget me trying to put a bra on by myself.

"It's just really changed my life when I was doing something responsible.

"I'm worried now that when I go out shopping and I'm taking a long time at the till people are going to be getting annoyed with me.

"I don't know what this is doing to my body or whether or not I'm able to have kids.

"I just really regret it."

The contraceptive implant is a small flexible plastic rod that's placed under the skin in your upper arm by a doctor or nurse.

It releases the hormone progestogen into your bloodstream to prevent pregnancy and lasts for three years.

Danielle visited her GP in May 2019 to the implant removed but was told it had sunk too deep into her arm and would need to see a specialist.

She was referred to a sexual health clinic to have it removed but again, was told it was too deep and had to be booked in for a hospital operation in January 2020.

After two hours of attempting to remove the implant, Danielle says doctors at St Thomas' Hospital, London told her they would have to leave the implant inside her left arm as they could not remove it.

She left hospital with her left arm feeling "numb" but when she returned home she noticed her arm was floppy and resembled "the scene from Harry Potter".

Danielle said: "When I had the first one taken out it was a quick five-10 minute job.

"I was expecting exactly the same this time.

"When I was told to go to the sexual health clinic they said they couldn't find it in my arm which was a bit worrying.

"She said she didn't feel comfortable enough to start cutting.

"It was coming up on the ultrasound but it was in too deep. So they told me I had to go to hospital for an operation which was my worst nightmare.

"I went along with it but they were digging around and trying to get it out for two hours but still couldn't get to it.

"I was sent home in a sling but when I was going home I realised I couldn't feel my ring finger.

"Then it started to get worse.

"I really don't know how to describe it.

"It was exactly like that scene in Harry Potter when his bones are taken out of his arm and it's all floppy.

"That's what my arm was doing but I thought it would wear off.

"I went to bed and thought all would be better in the morning.

"But when I woke up I just couldn't feel my forearm and was unable to move my hand apart from the little finger.

"But after the 12 weeks it didn't get any better."

Danielle says she wants to understand "what has gone wrong" and wants the implant to be located and removed.

For the past year, she has been adjusting to living to life with the use of just her right hand.

She says she now depends on her mum Alison, 53, to help her with everyday tasks such as having her food chopped up, bathing and getting changed.

Danielle said: "I'm lucky I have them but I can see they get frustrated at times.

"I would love to be able to do everything for myself again. It's not a case of me being lazy or not wanting to do it.

"If it was my right-arm I would be completely screwed as I'm right-handed."

Danielle underwent an MRI scan last year to monitor the effect the overdue implant is having on her body but the lasting damage and if her fertility has been affected is unclear.

Danielle believes the implant was not inserted properly, having already had an implant inserted and taken out three years earlier.

Danielle said: "I just want to warn other women about it.

"It's one of those things you don't really think about."

She added: "I would just really hate to see anyone else go what I'm going through.

"I had no problems when I was on it, it was taking it out that was the issue."

She said everything is now a "real struggle".

"I used to volunteer at an animal rescue centre but I'm unable to do that as I don't have the use of two arms."

Danielle says she is trying to keep "as positive as she can" about the situation.

She added: "The doctors thought thought this was temporary but nothing is getting any better.

"They've been hinting this will be something I will have to live with for the rest of my life.