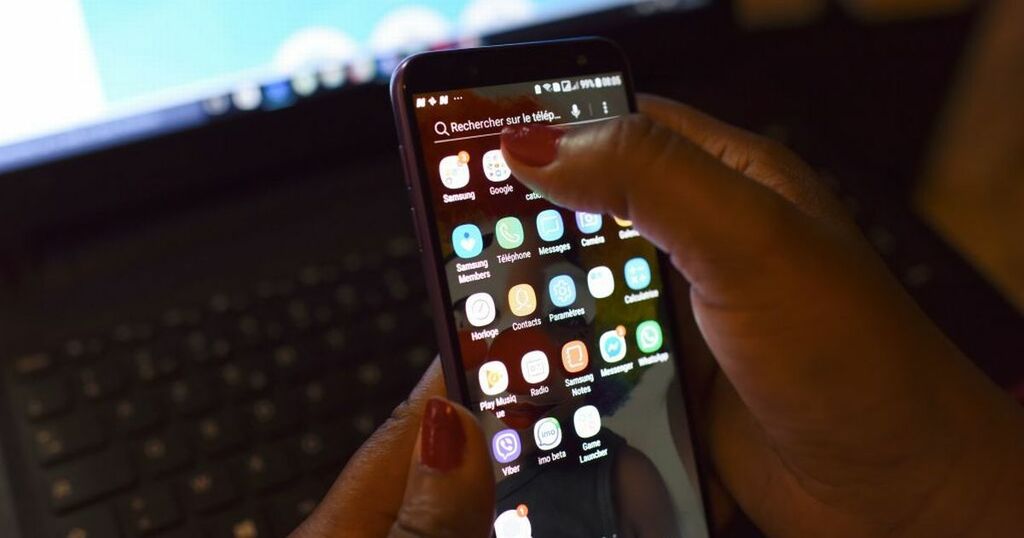 A young woman has issued a warning to people after hackers threatened to release intimate photos of her unless she paid a ransom.

The hackers threatened to release pictures onto social media that they claimed they had taken by accessing her phone camera if she did not do what they wanted.

And they also warned her that she was not allowed to speak to her friends, family or gardai about the email.

Caitlin McAuley told Dublin Live she considers herself to be quite tech-savvy but was spooked by the sophisticated nature of the scam email.

The Meath woman said: "I hadn't clicked into any link before, usually I'm quite good with knowing the difference between fake links and things that are safe to click on."

She was waiting on an important email to arrive when she checked her junk mail.

"That was the only reason I went into my junk mail.

"I opened it when I was in the car.

"It was just really strange font, all of the words were slanted.

"I could tell that the person had used a font translator, almost to disguise their font which made no sense to me because it's not handwriting."

The 19-year-old first started to panic when she saw a reference to a payment from her account.

She said: "It started off with a greeting and explained that the person had access to my mobile phone, computer and all devices for the past few months.

"It went into this really detailed overview of how this person had supposedly hacked my phone and my devices.

"Basically they were claiming that they had paid off hackers to hack my phone using a specific virus.

The hackers said they were able to take pictures of the young woman getting out of the shower by having access to her camera.

She said: "They continued to say that through having access to my camera that they were able to get intimate photos of me, photos of me getting out of the shower, photos that I wouldn't want anyone else to see."

The hackers then asked for payment to prevent these intimate photos being put on social media.

"They basically began to threaten me by saying that if I didn't send a certain amount of money (I think it was $1,400 through bitcoin), they were going to post them on my social media," said Caitlin.

She was told that she had 48 hours to send the money from the time that she first opened the email.

After 48 hours, the photos would be available to her friends, family and colleagues.

The hackers warned that they would also be able to see if she rang gardai.

Caitlin was initially shocked by the threat even though she felt it was unlikely to be true.

She feared the worst and felt an inexplicable sense of shame.

"When I read the contents of the email my stomach sank. It was quite terrifying.

"They kind of went into detail about a few other things that would scare me if I didn't really have the knowledge about these things."

She was taken aback by how well written the email was and felt that people that weren't as tech savvy could have easily fallen for the scam.

"There was so much detail," she said.

"It's a common thing with scams for people to expect the not to be the cleanest email they've ever read or for there to be some sort of mistake. It was written very clearly.

"It told me exactly what to do and when I needed to do it by.

"Even at the end, they turned it around on me basically saying 'here's a piece of advice change your passwords frequently.'"

Now, Caitlin is warning others to ignore scammers as she feels that younger girls may fall victim to these emails.

"We are almost in an age where we think we have no privacy," she said.

"I couldn't imagine someone a bit older than me or a bit younger than me being in that situation.

"Maybe, not having grown up with the internet or maybe only getting used to things.

"It probably would have been a different situation if I had been on my own.

"I could have paid that money on the 1% chance that it was real.

"If this was even two or three years ago I would have been one step closer to paying that money."

She wants to warn others that these hackers use fear to make people feel like they are trapped.

She said: "All they are trying to do is instil fear into your mind.

"Talk to someone about it."

An Garda Síochána's website says: "Where you believe you have been the victim of an online scam or fraud you should report it to your local Garda Station, and also use the online reporting service of the website or forum on which you were scammed.

"When reporting to your local Gardaí, bring copies of all emails, account details, copies of the advertisement of online posting and any other relevant information you may have."