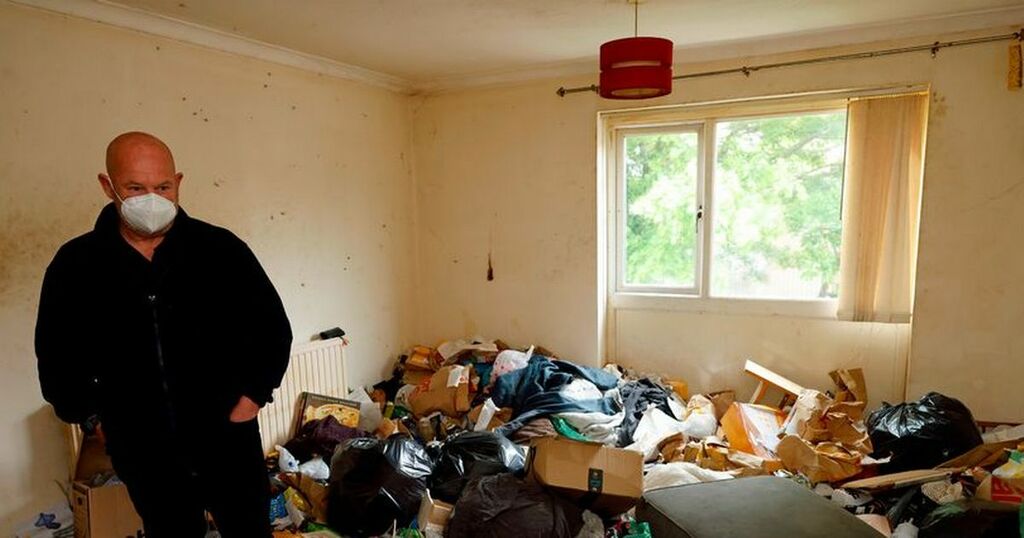 Horrified landlord finds mountains of rubbish, faeces and unbearable stench in rented flat
WARNING: This article contains graphic pictures. Landlord Lee Locking received the keys back to his property after renting it out…

Daily Record
Landlord confronted with tonnes of rubbish, takeaways and poo after tenant from hell

Daily Mirror
One subscription that gives you access to news from hundreds of sites
Disgusted landlord finds flat filled with tonnes of rubbish, mouldy food and cat faeces

Edinburgh Live
Get all your news in one place
Latest Lifestyle news:

VIDEO: Bite Of Lunch: Sneaky Shark Tries To Steal Divers Fish
This remarkable underwater footage shows the moment when a shark hurtles towards a diver and starts munching away at his…

Zenger
Read news from The Economist, FT, Bloomberg and more, with one subscription
Learn More
The Impossible Ambition of Kendrick Lamar’s New Album

Despite what the artist says on Mr. Morale & the Big Steppers, he’s still trying to save you.

The collection is defined by breathability, freedom of motion, and quick-thinking utility.

Input
The Future Is Hear: Piece Of Paper And Metal Foil Is All You Need To Eavesdrop 6G Transmissions
The new high-tech 6G wireless technology could be hacked in five minutes using a piece of office paper, an inkjet…

Input
A love letter to the perfect pasta shape

You be the judge: should my partner take the bin out more often?

By Interviews by Georgina Lawton

Our bin gets really smelly a few days into the week, but Abi refuses to empty it until it’s full

My partner, Abi, refuses to take our bin out before Sundays. She’ll say, “No, we use only one bin bag a week, and we must wait until it’s full before it goes outside”. This habit really grinds my gears for a few reasons.

First, the bin starts to smell really quickly. Even though we have a large bin with a lid, the stench of rotting garbage starts emanating from it halfway through the week. Who wants to deal with that? Second, the stinginess. Abi believes she’s being economical by waiting until the bin is full, but what is she really saving? Five, 10p a bag? I’m more than happy to give her the money for it if it means we don’t have to deal with the smell of the rubbish. For me it’s a no-brainer.

Recently things got really smelly after we disposed of a lot of food waste and plastic containers that had had chicken breasts in them. I said, “I’m taking the bins out.” Abi tried to stop me. Her defence was, “The bin is barely full. You’re being wasteful.”

She’s been raised to save every penny and never waste anything. But I’m more about personal happiness

But the smell was grossing me out. The bin is in the corner of the kitchen and I hate cooking when there is rotting rubbish right near me. Every time we opened it to put some more rubbish in, it would stink out the whole room. I argued that she was making us suffer for no reason. In the end, I took the old one outside, but she kept saying it was unnecessary. But in my mind you don’t have to wait until the bin is overflowing. If it smells, take it out.

Abi is stingy about a lot of things. She never wants to throw away food and always insists on saving bits of leftover dinner, which we never eat. She also hates throwing out books and games she hasn’t touched in years. I think it’s how she was raised: to save every penny and never waste anything. But I’m more about personal happiness. If something is causing you stress, throw it out!

There’s no doubt in my mind that I’m correct. If there is a putrid scent coming from the rubbish bin in your home, empty it. Abi needs to realise you can’t put a price on happiness – and foul smells make me very unhappy.

It’s a total waste of money to use more than one bin bag a week, especially as the smell isn’t that bad

The bins are a point of contention in our relationship. We got together three years ago and moved in with each other a year later. That’s when I began to notice that Chioma is a lot more wasteful than me. She will chuck milk out if it’s one day past the sell-by date. She doesn’t ever want to freeze leftovers. And with the kitchen bin, she’s determined to change it whenever there’s a slight smell.

Any little inconvenience and it’s, “Oh, we have to change the bin again.” But in my opinion, there’s always going to be a bit of an odour when you keep rubbish inside the house. It’s normal. Chioma will be getting bin bags out several times a day, even when there’s no smell. I actually think she’s just scared of a possible odour, so she prematurely takes the bins out before there’s even a chance of it festering. I tell her, “You’re being a bit over the top. There’s not even anything in that bin,” but she just ignores me.

If the smell is bad, we only ever have to endure it while we are in the kitchen

We recycle cardboard and cans, but we don’t have a food waste bin so a lot of our leftovers go into the main bin. That probably adds to Chioma’s anxiety, but I never think it’s that bad. Also, our living room and dining area are separate, so if the smell is bad, we only ever have to endure it while we are in the kitchen. Our bin also has a sturdy lid. Chioma exaggerates when she says that it stinks every day.

I’ve been raised to be a bit more conscientious about money. Chioma says I’m too frugal but I think it’s ridiculous to be going through multiple plastic bags a week when we could just use one. I’ve pretty much refused to take the kitchen bin out unless it is at capacity and it is a Sunday.

Of course, I would make an exception if there was a really terrible smell, but that never happens. When Chioma complains about the bins, I remind her that the price of 50 black bin liners is £2.50 and rising. The cost of living is hitting us all hard. I don’t think I’m in the wrong here at all.

The jury of Guardian readers

While there’s nothing wrong with waiting for a bin to be full before putting it out, food waste does smell. Some people are more sensitive to bad smells than others, and it seems Abi isn’t taking Chioma’s feelings into consideration.
Eira, 52

Abi is hinting at a compromise – a separate food waste bin that can be disposed of every three or four days would eliminate smells. No need to throw refuse away every day, but as you prepare meals in the kitchen, the smells in that room shouldn’t put you off from entering it either.
Tristan, 33

Abi is guilty: no one likes smelly rubbish in the kitchen. However, wasting food isn’t good and Chioma should be on board with Abi’s efforts in this area. A smaller bin/smaller bin bags might be a solution to both their needs.
Jo, 56

Not only does the stench permeate furnishings and fabrics, it attracts flies and rodents, too. Abi needs to be more aware of Chioma’s sensitivity to smells, and commit to emptying the bins daily to have a pleasant-smelling home. How about buying a food recycling bin of their own?
Chantal, 45

It’s hard to judge when the evidence seems to differ (is it several times a day, or once a week?) but I’m leaning towards the prosecution here. Smells, foul odours or the chance of festering all seem worth the 5p it costs to change the bag. Sorry Abi, you’re guilty!
Ali, 33

You be the judge

So now you can be the judge. In our online poll below, tell us: should Abi take out the bin more often?

We’ll share the results on next week’s You be the judge.

The poll will close 19 May 9am BST

We asked if Chris should soak the dishes before washing up, because his current method annoy his partner Penny.

Horrified landlord finds mountains of rubbish, faeces and unbearable stench in rented flat
WARNING: This article contains graphic pictures. Landlord Lee Locking received the keys back to his property after renting it out…

Daily Record
Landlord confronted with tonnes of rubbish, takeaways and poo after tenant from hell

Daily Mirror
One subscription that gives you access to news from hundreds of sites
Disgusted landlord finds flat filled with tonnes of rubbish, mouldy food and cat faeces