Hopes are high that a fabled medieval town known as “Yorkshire’s Atlantis” is about to be located and will begin giving up secrets held for more than 650 years.

Ravenser Odd was a prosperous port town built on sandbanks at the mouth of the Humber estuary before it was abandoned and later destroyed and submerged by a calamitous storm in 1362.

Daniel Parsons, a professor in sedimentology at the University of Hull, was on a family day out to the seaside at Withernsea when he learned about Ravenser Odd, one of the biggest of a number of places on the Holderness coast that have been lost over the centuries due to coastal erosion.

He got chatting to the historian Phil Mathison. “He was telling me that at low tide local lobster vessels have seen disturbances on the surface suggesting there are actual remnants of the town on the seabed.”

He started reading more about the fascinating history of Ravenser Odd and the idea started to form. Parsons is a geoscientist who uses high-resolution sonar systems to better understand how sediments move around. Could, he asked himself, the equipment be used to find this lost Atlantis, and could the story be used to shine light on the coastal erosion threat faced by communities today?

Money was raised for a research project which resulted in a survey of an area off Spurn Point of about 10 hectares last year. It did not locate Ravenser Odd, but they were close, Parsons believes, and a second survey will take place in two to three weeks’ time.

“We think we were a little bit too far to the east,” he said. “Given the stories we’ve had from the folks on the lobster vessels, I’m pretty confident we will find something.”

Once it is located, it is hoped that money can be raised for archaeological exploration – and who knows what may then be found, Parsons said.

Ravenser Odd was founded around 1235 with its name stemming from the Old Norse hrafn’s eyr (raven’s tongue). It became a town of national importance with wharves, warehouses, a court and a prison. It had two members of parliament and collected dues from more than 100 merchant ships a year.

It also had a seawall and a harbour. “Those things aren’t easily washed away,” said Parsons. “Having looked at historic sites and places that have been lost in a similar way, such as in the Bay of Naples, what you tend to find is that the foundations of these settlements are still there.”

Coastal erosion brought about the town’s decline and it was flooded by the middle of the 14th century. In 1362, northern Europe was hit by a terrible storm called the Grote Mandrenke storm, or Saint Marcellus’s flood, which led to the town being completely submerged in the cold waters of the North Sea.

Parsons is director of the university’s energy and environment institute and thinks the story of Ravenser Odd could be used to engage with people about the dangers posed by the climate crisis and coastal erosion, particularly given the Holderness coast is one of the most rapidly eroding coastlines in the world with some areas retreating up to 10 metres a year.

“Understanding the past helps us prepare better in the future,” he said.

“Ravenser Odd is an incredibly evocative story of the impacts of coastal change on entire settlements.

“I think it is a fantastic way to start conversations with people on the impacts of climate change long in to the future by using these stories from the past.” 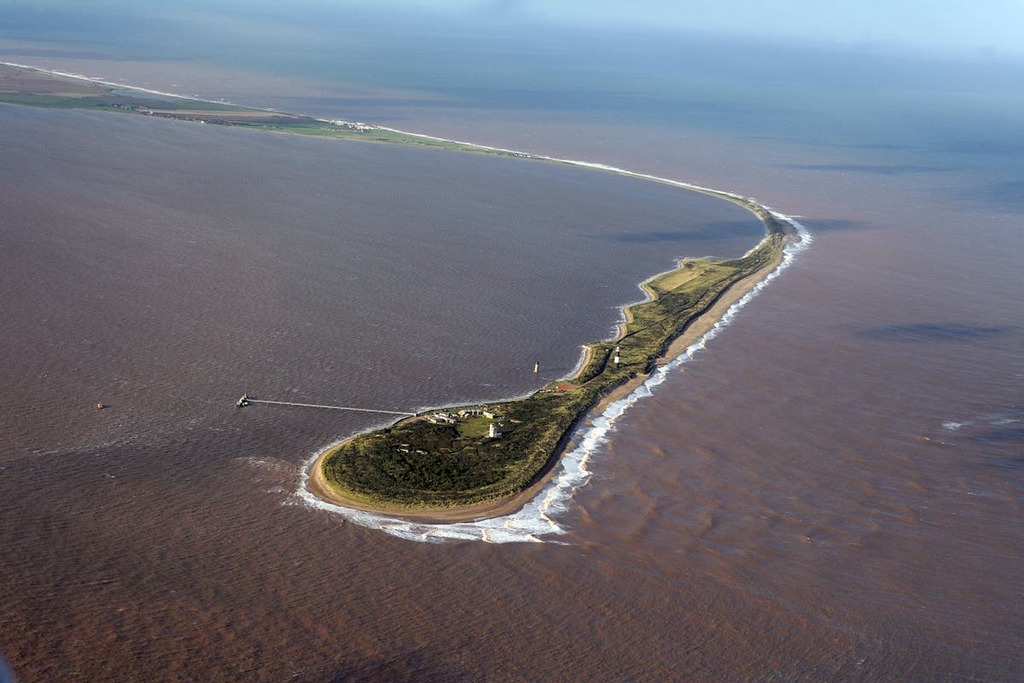 Rising sea levels and fierce storms threaten Quintana Roo’s coastline, and with it the ribbon of beach resorts and timeshares