Yob threatened to stick his manhood in a police officer's mouth 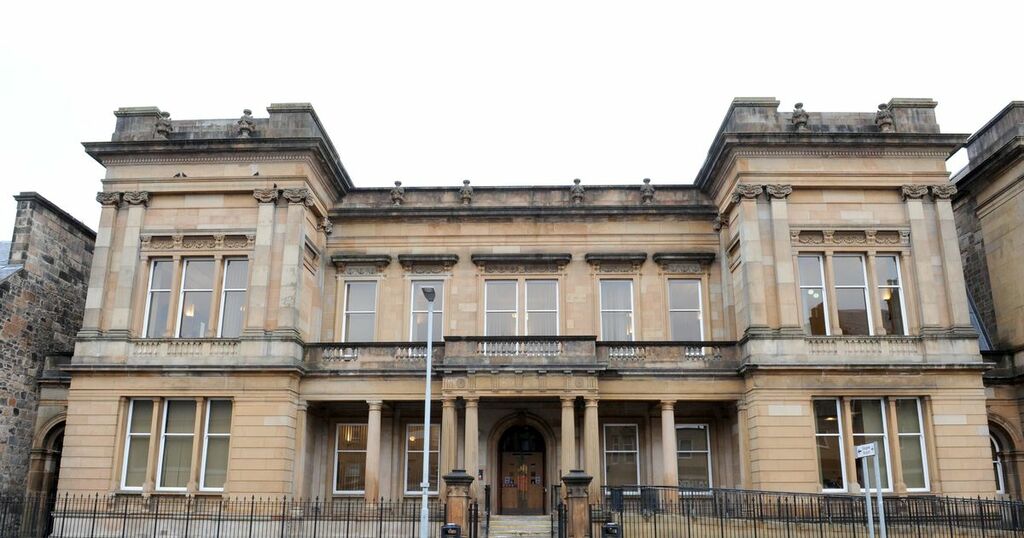 A drunken lout threatened he was going to “stick” his manhood in a police officer’s mouth.

Rennie Keith, 47, made the vile outburst to police and showered them with obscenities during an abusive tirade.

Paisley Sheriff Court heard cops were dealing with an incident in the town’s Maxwelton Street when Keith made a beeline for them, opened the door of a patrol car, and attempted to climb in.

Procurator fiscal depute Michael Cunninghame told the court: “At around 2.05am police were dealing with an incident when they observed the accused Keith to be under the influence.

“He was walking towards police officers when he shouted, ‘Are you p***** going to take me home?’

“He was warned about his conduct but continued to be verbally abusive.

“Additional officers attended at the scene but he continued shouting and swearing at police.

The prosecutor added he opened the door of the police car when he was placed under arrest, where he told officers to, ‘Go and f*** yourself.’

Mr Cunninghame said: “He was in the vehicle and heading towards the police station when he said, ‘I am going to stick my p**** in your lips.’

“He also stated, ‘You are going to get it,’ and he said, ‘You are all wee homosexuals.’”

At Govan police office he was cautioned and charged when he replied “Please don’t do me for that.”

Keith, of Oakshaw Street East in the town, pleaded guilty to a charge of behaving in a threatening and abusive manner, likely to cause a reasonable person to suffer fear or alarm, in that he shouted, swore, attempted to open the door of a police vehicle and climb inside, and uttered offensive and sexual remarks to police officers on March 11 last year.

Defence agent Eamon McGeehan said his client was “highly intoxicated,” and was walking home from hospital after being attacked, when he “mistakenly thought” police were there to take him home.

He said: “He had been discovered in High Street with a facial injury.

“He was taken to the Royal Alexandra Hospital and later was walking home when in his state of intoxication he mistakenly thought the police had come to the hospital to take him home.

“He is highly embarrassed about this and is admitting responsibility for the offence.”

Sheriff Brian Mohan said: “Your behaviour was out of order.

“But given there was a background to this, including your intoxication, and there was nothing physical towards police, I will deal with this by way imposing 90 hours of unpaid work.”