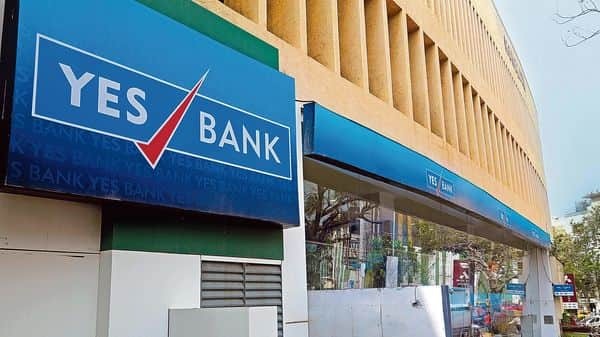 MUMBAI : Yes Bank Ltd, the single-largest shareholder in Dish TV, is pushing for a promoter change in the satellite-TV provider, alleging that the board is not acting in line with good corporate governance standards.

Yes Bank believes that only with a new owner at the helm can the bank recover the bulk of the ₹6,500 crore borrowed by Subhash Chandra, two people said, declining to be named.

Dish TV on Monday shared with BSE a 28-page letter from Yes Bank, which alleged that the company has proceeded with a plan to raise ₹1,000 crore through a rights issue, despite objections by the bank. The board of Dish TV had in February approved the proposed rights issue.

“The basic question as to why Dish TV is going for a rights issue remains unanswered," said one of the two people, a Yes Bank executive. “It is a zero-debt company and generates ₹2,500 crore in Ebitda every year. The only reason why the company is going for a rights issue is that 94% of shareholders (public) will not subscribe as they have only seen wealth erosion in the past two years. This way, the promoters will be the only group which will participate in the rights issue, and this will help them increase their stake even as the ownership of other large shareholders will come down," the person said.

In May last year, Yes Bank, through Catalyst Trusteeship Ltd, picked up a 24.19% stake in Dish TV by invoking pledged promoter shares. According to its letter to BSE, Yes Bank is currently the single-largest shareholder with a 25.63% stake. Financial institutions, including Yes Bank, have a total shareholding of 45% in Dish TV.

“What Yes Bank wants is that the company should now be managed by a new management team, who can bring in a strategic investor because we as a bank don’t have any expertise in running this business. Once a new owner is in place, we can look to pare our stake and get the best price for it," the second person said.

Yes Bank, in its letter, also offered suggestions for Dish TV, including reconstituting five of the six-member board and inducting two nominee directors and four independent directors when the company holds its annual general meeting on 27 September.

Dish TV said on Monday that Yes Bank’s suggestion of inducting new board members can be implemented only after the information and broadcasting (I&B) ministry approves these recommendations.

The bank is, meanwhile, mulling legal options to ensure that the resolution for inducting new board members comes up for voting in the upcoming AGM. It has engaged law firm Cyril Amarchand Mangaldas to look at these issues, including Dish TV’s response, the two people cited above said.

“We are surprised to hear that there is even such a law (of I&B ministry approving changes to board at a media firm). For this reason, we have sought legal opinion," the first person said. “But it is unfortunate that the company is using these approaches. The management told us this same clause stopped us from invoking shares last year. The shares are already with us, and we have not seen a problem owning them. So, one wonders if these are delaying tactics to buy time," he added.

According to the second person, “the rule is very clear: If 10% of shareholders want a company to discuss a certain agenda, it is mandatory for the company to put it before shareholders at the annual general meeting."

“From Yes Bank’s and the investors’ perspective, you want a board where you are able to ensure greater oversight over the management, sharper checks over related party transactions, and an audit that is up to scratch. Now, on the question of Dish TV stating that the I&B ministry’s approval is needed for inducting new directors, we looked at some of the past resolutions for board appointments at Dish TV and we did not find any instance where they have said that these appointments are subject to ministry of I&B approval or ratification. So, this assertion and its implications on the process will need clarity," said Amit Tandon, founder and managing director at Institutional Investor Advisory Services, a proxy advisory firm.

The latest approach of Yes Bank is the outcome of its new ownership, both the people cited above said. In March last year, the Reserve Bank of India had to step in and replace the board of Yes Bank, and ask the State Bank of India to take a 49% stake due to concerns on the future of the indebted private lender.

Dish TV, which is run by Jawahar Goel, had pledged most of the promoter holding —up to 94.6% in March 2019—in the company with creditors to raise money for his brother, Chandra, who needed to repay creditors and also to fund the large infrastructure business his own company, Essel, had ventured into. As share prices of Dish TV started falling last year, some creditors began to offload shares to recoup their investments while a few, like Yes Bank, revoked the pledge for equity stakes in Dish TV.