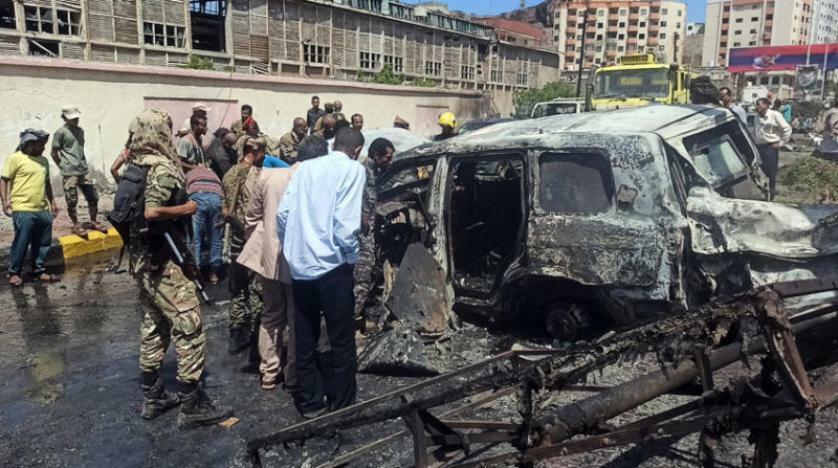 Yemen’s official state has underlined the need for security and military apparatuses hunting down terrorist cells across the war-torn nation. The emphasis came after three interior ministry officers were killed in a blast that targeted their convoy in the eastern governorate of Hadramout .

Prime Minister Maeen Abdulmalik, who is on an official visit to Egypt, directed the military and security bodies to strengthen safety measures and take necessary steps to track down terror cells seeking to disrupt security and stability in government-run governorates, official sources reported.

It is worth noting that Abdulmalik’s remarks were made during a phone conversation he had with Hadramout Governorate Undersecretary for Valley and Desert Affairs Essam al-Kithiri.

The two discussed fall-out from a recent terrorist attack that saw the targeting of an officer’s vehicle with an explosive device. The assault killed three security personnel, according to the state-owned Saba News Agency.

Abdulmalik underlined the importance of steadfastness in deterring and pursuing terrorist cells. He also urged setting effective mechanisms to prevent the recurrence of security breaches.

Hadramout's attack follows an earlier episode in which an attempt was made on the lives of the Yemeni agriculture minister and governor of the interim capital, Aden.

The uptick in terrorist attacks happening in liberated governorates comes when Houthis are scaling up their military escalation, highlighted Abdulmalik, adding that pro-government forces must work to foil such attacks.

Abdulmalik confirmed that his government would spare no effort to implement all deterrent procedures to eradicate terrorism and extremism in all shapes and forms.

More so, the head of government vowed undying support to military and security forces fulfilling their duties. He revealed there would be cooperation with Yemen’s partners to end the scourge of terrorism.