Sanaa (AFP) - A fragile UN-brokered truce between the Yemeni government and Huthi rebels hung in the balance Wednesday as talks on renewing it hit trouble, threatening the humanitarian gains of the past two months.

Aid agencies and Western governments have urged Yemen's warring parties to extend the truce, which has significantly reduced the intensity of fighting in a conflict the United Nations says has triggered the world's worst humanitarian crisis.

But with just one day before the truce expires, there was no sign of any breakthrough in UN-backed talks.

A Yemeni aircraft left the rebel-held capital Sanaa for Cairo on the first commercial flight between the two cities since 2016, the latest gain from the truce deal.

The office of the United Nations special envoy for Yemen told AFP there were 77 people on board the Yemenia flight from Sanaa airport, which has been closed to commercial flights for nearly six years.

It is the seventh such flight since the truce went into effect on April 2. The six previous flights had all been to the Jordanian capital Amman.

Yemen has been gripped by conflict since the rebels overran Sanaa in 2014, triggering a Saudi-led military intervention in support of the beleaguered government the following year.

Air traffic into the rebel-held capital has been largely halted by a Saudi-led blockade, but there have been exemptions for aid flights that are a key lifeline for the population.

Despite accusations of violations from both the Saudi-led coalition and the Huthis, the truce has significantly reduced levels of violence.

"Over the past two months, the truce has brought tangible benefits to millions of Yemenis -– benefits that will only grow as the truce continues and the parties engage in a comprehensive UN-led peace process," the US State Department said after Washington's Yemen envoy, Tim Lenderking, met Yemeni officials during a visit to the country.

The Huthis have said they are considering renewing the ceasefire amid UN efforts to extend the truce.

But on Tuesday, the United States warned the truce talks were in "trouble" as it pushed for an extension to help support millions of people at risk.

Talks on extending the ceasefire "haven't ended yet but seem to be in a bit of trouble", said Linda Thomas-Greenfield, the US ambassador to the United Nations.

"As organisations working across Yemen, we have seen the positive humanitarian impacts of the truce," more than 30 aid agencies, including Save The Children, Oxfam and the Norwegian Refugee Council, said in a joint statement.

They said the reopening of Sanaa airport to commercial flights had allowed hundreds of patients in "critical need of lifesaving medical treatment outside of the country" to finally receive it.

The truce has also seen oil tankers docking in the rebel-held port of Hodeida, potentially easing fuel shortages in Sanaa and elsewhere.

But a provision for the rebels to ease their siege of Yemen's third-largest city Taez has yet to be implemented, to the anger of both the government and residents, who have held repeated protests in recent weeks.

The head of Yemen's presidential leadership council, Rashad al-Alimi, discussed the implementation of the truce with UN chief Antonio Guterres by telephone on Tuesday.

He urged the UN chief to "redouble the pressure on the Huthi militia to abide by its commitments to the truce, including opening roads to Taez", the official Saba news agency reported.

The Huthis, for their part, are demanding talks on the payment of civil servants' salaries and other public funding as the country faces an economic collapse, according to the rebels' Al-Massirah TV channel.

Taez has been largely cut off from the rest of government-held territory since 2015, with all supplies coming in by a single tortuous road through the mountains.

The war in Yemen has killed more than 150,000 people and displaced millions of civilians, according to the UN. 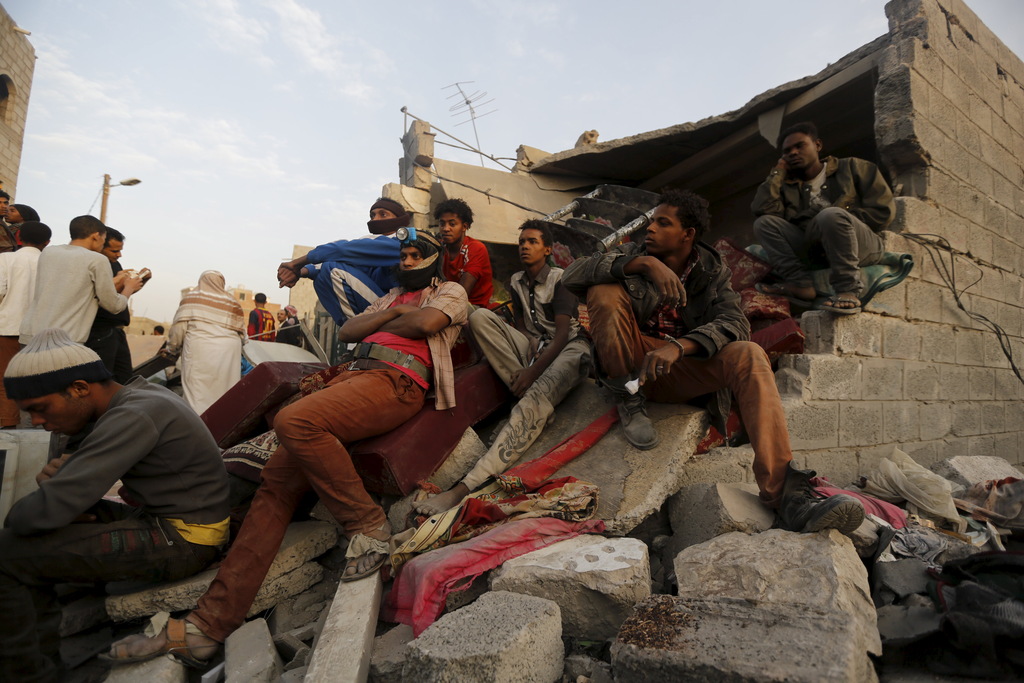 Yemen truce extension in the balance a day before end date
No breakthrough in UN-backed talks, despite two-month truce bringing much-needed breathing room for Yemeni civilians.

Al Jazeera
From analysis to the latest developments in health, read the most diverse news in one place.
‘Catastrophic hunger’: Charity urges truce extension in Yemen

Two-month truce is set to expire on Wednesday, prompting calls for an end to ‘the cycle of violence and suffering’.

Al Jazeera
US warns talks on Yemen truce in 'trouble'