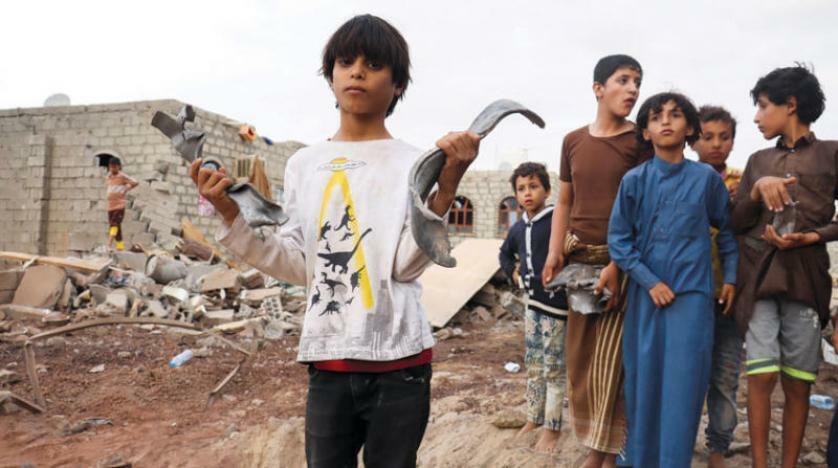 The Yemeni people and government have decried the international silence over the siege imposed by the Iran-backed Houthi militias against the Abdiya district in the Marib province.

The siege, which has been ongoing for some 22 days, puts the lives of over 35,000 civilians at risk.

The Saudi-led Arab coalition stressed its support to the alliance between the Yemeni military and tribes in breaking the siege.

The situation in Abdiya is tragic, said the coalition, adding that it was looking into all “humanitarian and operational options.”

It called on the international community and humanitarian organizations to assume their responsibility in breaking the siege and helping the people.

The coalition said it has carried out 338 sophisticated operations to protect the innocent civilians ever since the Houthis imposed their siege. It said it had carried out 33 attacks that targeted Houthi vehicles and members in the past 24 hours. Eight military vehicles were destroyed and over 156 terrorists were killed.

The coalition stressed its commitment to supporting the national army and protecting civilians from Houthi oppression.

Moreover, it said its air operations in the past 18 days have stopped a Houthi raid of Abdiya.

Coalition spokesman Turki al-Malki revealed that the coalition had carried out 118 strikes in the past 96 hours to protect civilians. Fifteen Houthi military vehicles were destroyed and 400 of their members were killed.

“Has the world even heard of how ballistic weapons are being used in an internal war against small villages and cities?” he asked in remarks to Asharq Al-Awsat.

“Where is the world’s conscience? The international community preaches about humanity. These civilians have nothing to do with the war, while the Houthis attack their villages and deprive them of food and medicine,” he added.

“Why hasn’t the world acted to deliver medicine and food to them for 20 days?” he wondered angrily.

He stressed that the Houthis are preventing the delivery of food and medicine, barring the evacuation of refugees, and attacking the district with ballistic missiles and all forms of heavy weapons.

They are committing the most atrocious crimes against the civilians in flagrant violation of all human rights principles and international humanitarian law, he stated.

He called on the UN and its relevant agencies to intervene immediately to save lives, end the barbaric siege and condemn it as a war crime that is punishable by international law.

Asharq Al-Awsat had contacted the office of the UN envoy to Yemen and the British and French ambassadors to the country to comment on the situation but it did not receive an immediate response.

Meanwhile, head of the Rasd Organization for Freedom and Rights, Arafat Hamran told Asharq Al-Awsat that the Houthis have cut communication and internet lines in Abdiya, effectively isolating it from the world.