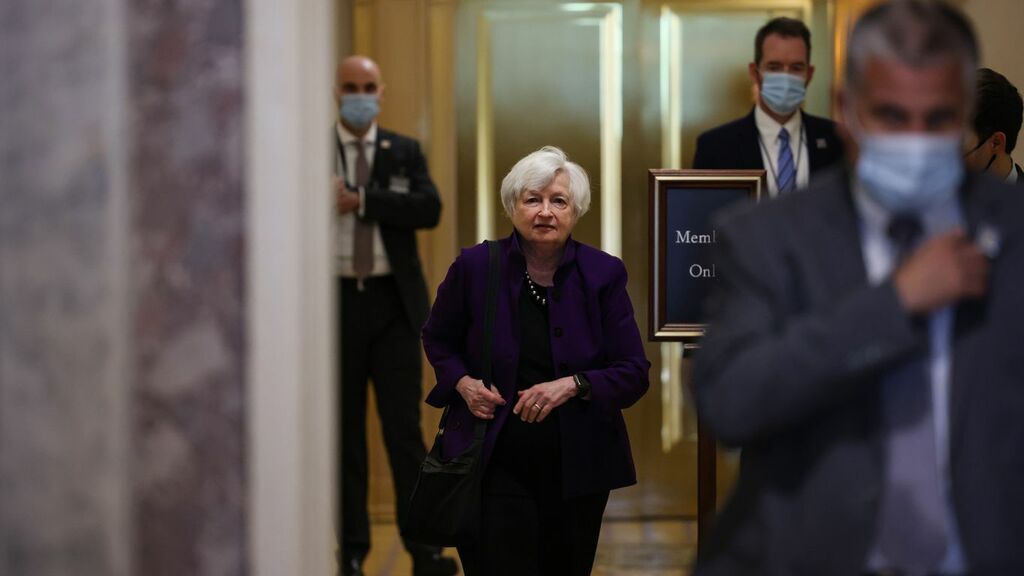 Treasury Secretary Janet Yellen again called on congressional leaders to raise the debt ceiling in a letter Wednesday, saying the country may soon be unable to meet its financial obligations if nothing is done.

Why it matters: Yellen said the Treasury estimates that it will run out of cash and "extraordinary measures" used to finance the government in October.

Republican lawmakers have threatened to vote against raising the debt ceiling, arguing that it will only promote more government spending.

What they're saying: "We have learned from past debt limit impasses that waiting until the last minute to suspend or increase the debt limit can cause serious harm to business and consumer confidence, raise short term borrowing costs for taxpayers, and negatively impact the credit rating of the United States," Yellen said in the letter.

House Speaker Nancy Pelosi (D-Calif.) said in a press conference on Wednesday that Democrats will not include a debt ceiling increase in the reconciliation package.

The big picture: Since the debt limit was reinstated on Aug 1, the Treasury has been forced to resort to "extraordinary measures" to service debt, such as by suspending investments in certain federal retirement and health funds.