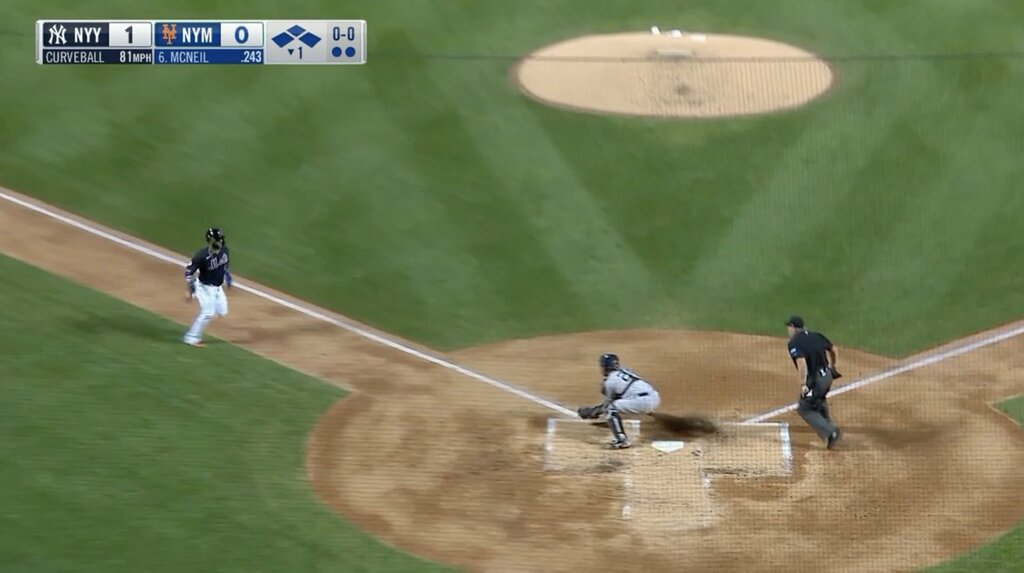 New York Yankees fans, you may want to look away from this one.

On Friday, with the Yankees up 1-0 in the bottom of the first against the New York Mets, it seemed as if the team was set to get out of the inning with no runs against. With two outs, Javier Baez lined a hard-hit ball out to left field and the awaiting Joey Gallo, who made the throw right to catcher Gary Sanchez with, seemingly, time to spare.

Unfortunately, Sanchez completely botched the tag on Jonathan Villar, allowing the Mets to tie the game up on what should have been an easy tag out at home. Here’s how the disastrous play went down, which was originally called an out before going to replay.

Gary Sanchez misses the tag on Jonathan Villar and the Mets tie this game at 1-1 pic.twitter.com/YSDPyIaW8K

Instead of going for the easy tap on the leg or the body, Sanchez instead tried to get Villar on the top of the head, a tag which the latter evaded by slowing up just enough to then slide under it.

Here’s the final angle that convinced the umpires to reverse the call on Villar.

I cannot believe I just saw this. Villar completely DOA but ends up safe after Sánchez does….this…. pic.twitter.com/TN9zD25b2s

And for good measure, here’s how far away Villar was from Sanchez when the catcher nabbed the ball, giving you a good idea of just how dead to rights the Mets second baseman was.

Yeah, Sanchez really bungled that play. Thankfully, the Yankees got the run back and took the 2-1 lead the very next inning but still… not a great attempt! I’ll leave you with Mets broadcaster Keith Hernandez and his thoughts on the play.

Keith Hernandez with his thoughts on Gary Sanchez 🥴 pic.twitter.com/E1AbiYyB6f

What was he thinking, indeed!!! 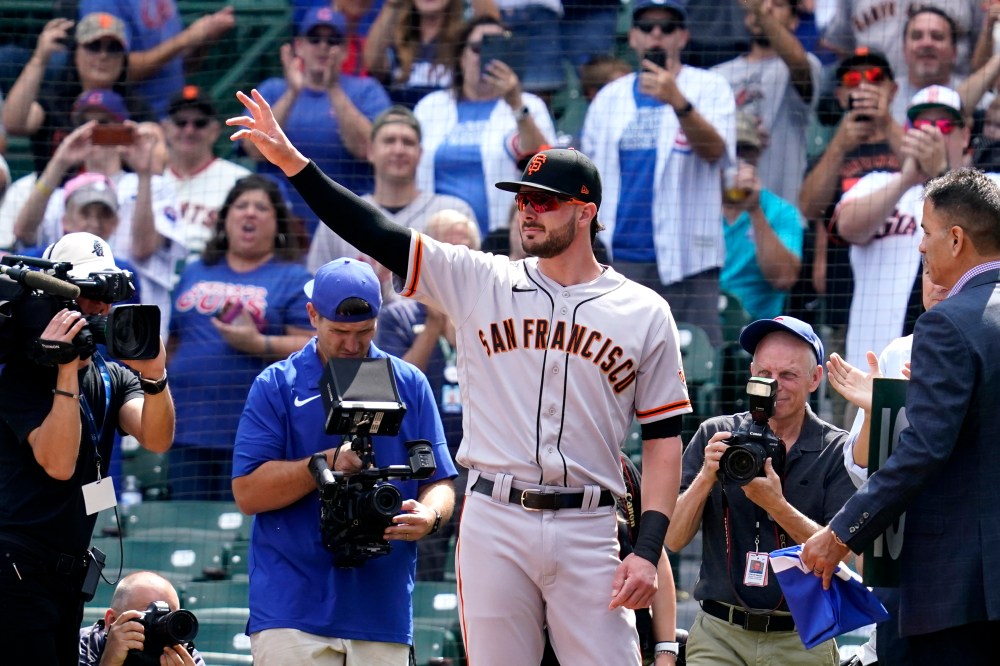