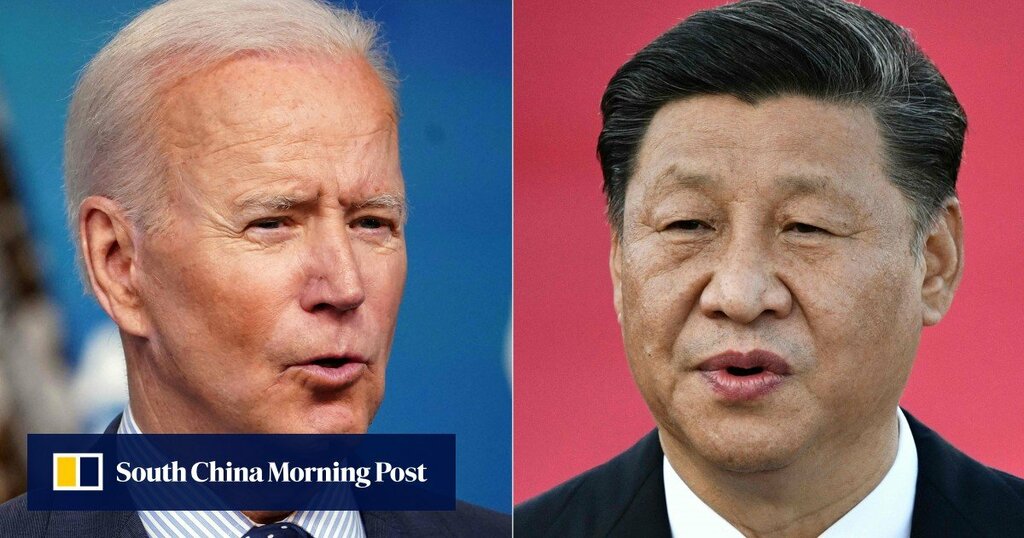 In their first phone call in six months, the leaders of the US and China agreed to manage the growing rivalry between their two countries to stop it from devolving into conflict – a pledge seen as raising prospects for talks as both nations face pressure to improve ties.

White House officials said US President Joe Biden initiated the 90-minute call with his Chinese counterpart Xi Jinping and the talks focused on the way forward for the troubled bilateral relationship.

Beijing said Xi called for courage to put China-US ties back on track, because confrontation would mean only suffering for the world.

“[Maintaining a good relationship between China and the US] is a question of the century to which the two countries must provide a good answer ... Getting the relationship right is not an option, but something we must do and must do well,” the Chinese foreign ministry quoted Xi as saying.

It was the first phone call between Xi and Biden since February.

Officials from both countries have had talks in that time, but without apparent results. And wrangling over protocol has prevented high-level military contact.

Lu Xiang, a research fellow in US studies at the Chinese Academy of Social Sciences, said the US president’s initiation of the call showed the urgency the White House faced in engaging China under pressure from the American business community.

Lu said the call gave the two leaders a chance to put the brakes on confrontation and open up limited channels for communication.

“It is possible that we may see some resumption of talks on trade and between the two militaries before the end of the year,” he said.

Will the time ever be right for Joe Biden and Xi Jinping to sit down together and talk?

According to the Chinese government statement, Xi and Biden had a “candid and in-depth” discussion on a wide range of issues and agreed to step up communications.

Beijing said Taiwan was discussed and the US said it was committed to the one-China policy. But the White House statement did not refer to any specific issues.

Xi told Biden that China-US relations were facing “serious difficulties” because of US policies towards China.

The two countries should show “strategic and political courage to push China-US relations back to the right track of stable development as soon as possible”.

The Chinese government said the two leaders should deepen communication on major international issues and maintain contact at various levels. “Both sides will step up working level coordination and dialogue to create conditions for the development of China-US relations.”

The White House said “Biden underscored the United States’ enduring interest in peace, stability and prosperity in the Indo-Pacific and the world and the two leaders discussed the responsibility of both nations to ensure competition does not veer into conflict”.

Biden’s message was that the US wanted to ensure “the dynamic remains competitive and that we don’t have any situation in the future where we veer into unintended conflict”, a senior White House official said.

The two powers have been at odds on a range of issues. The US has complained of unfair trade practices by China, moved to step up relations with Taiwan through arms sales and politicians’ visits, and ordered an intelligence investigation to determine whether Covid-19 was leaked from a Wuhan lab.

Beijing has described the actions and allegations by the US as political smearing and violations of its sovereignty. Beijing is also frustrated that Washington has teamed up with its allies in Europe and Asia to put pressure on it.

On Friday, Xi had a separate phone conversation with German Chancellor Angela Merkel, calling on Germany to push for the European Union to adopt “correct China policies” and narrow differences between China and the EU.

China and the US have identified areas of cooperation, including on North Korea’s nuclear weapons programme and climate change.

The Xi-Biden call came on the eve of the 20th anniversary of the September 11 attacks, and follows the Taliban’s return to power in Afghanistan. Beijing is worried that the situation in Kabul could heighten security risks in the region, and has blamed the chaos on the withdrawal of US troops from the country.

It also followed a range of high-level contact between the two countries.

A source familiar with the climate discussion said there was no agreement, with Beijing rebuffing US calls to make more public pledges before a UN climate summit in November, insisting it should follow its own plan rather than bowing to US pressure.

In July, Chinese vice foreign minister Xie Feng gave visiting US deputy secretary of state Wendy Sherman a series of demands, including items that the US should not contain China’s development.

US officials said they suspected that some of the rhetoric was more about playing to a domestic audience than sending a message to the White House. With that in mind, Biden highlighted the importance of the two leaders having private conversations and being clear about their priorities.

It is still not certain when and if the two leaders will meet in person, with Beijing yet to confirm whether Xi will go to Rome for the Group of 20 summit in late October.

“First, I think both the US and China leaders should meet, and declare their determination and intention to work to solve international challenges – both by reforming problematic challenges at home and by collaborating on the global stage,” said Susan Ashton Thornton, former acting assistant secretary of state for East Asian and Pacific affairs.

In an online forum on Wednesday, she said the US was clear that it wanted the meeting to happen at the G20 summit, and China’s absence would indicate that it was not serious about repairing ties with the US.

Wu Xinbo, director at the Centre for American Studies at Fudan University, said the phone call was a positive signal that the two powers could find ways to ease tensions, and was likely to be followed by a resumption of trade talks.

“The Biden administration has been under pressure and is in the process of adjusting its China policy,” Wu said. “The recent visits by Sherman and Kerry yielded no results and the US finally feels the need to adjust its approach.

“We are aware that US businesses have shown discontent with the impasse. It is time for the trade officials of the two nations to resume talks and improve relations.”