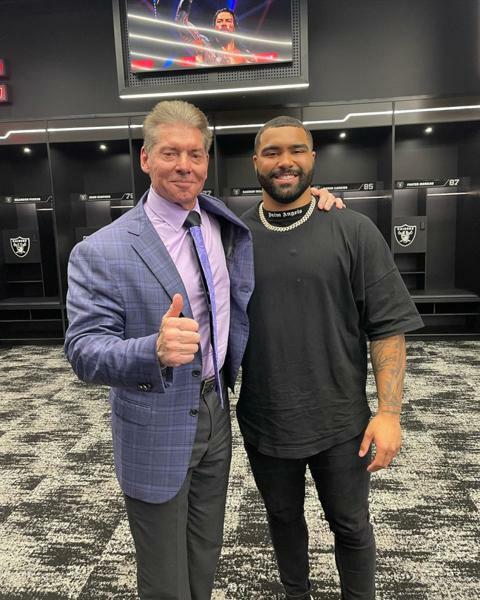 WWE has signed Olympic Gold medalist Gable Steveson to an exclusive contract. Steveson is the reigning NCAA Division I National champion in freestyle wrestling at the University of Minnesota, and the unique deal will allow Steveson to defend his title in his senior year.

While Steveson’s NIL deal is the first of its kind, WWE appears intent to continue to sign collegiate athletes to these type of contracts to create a smooth transition from college to WWE.

“The introduction of NIL allows us to create a more direct path from college to WWE, a benefit to athletes as well as the WWE universe, as Gable will have an immediate presence with our company while working towards earning his degree and defending his national championship. The future is bright for him in WWE,” said Paul “Triple H” Levesque to ESPN.com.

With AEW stockpiling a murderer’s row of famed wrestlers built on the independent wrestling circuit, Steveson represents the mold of younger, homegrown stars they are interested in recruiting with recent reports of WWE no longer signing wrestlers from the indies.

One of the best amateur wrestlers in the world, Steveson is the 2021 Hodge Trophy winner and Pan American champion. In recent weeks, Steveson has been teasing a move to pro wrestling including a Twitter scuffle with famed amateur wrestler, and AEW star, Jake Hager. Steveson made an appearance at SummerSlam alongside fellow Olympic Gold medalist Tamyra Mensah-Stock, who won the gold medal in women’s freestyle wrestling.

Upon wrapping up his already legendary collegiate wrestling career, Steveson is set to become the second Olympic Gold medalist in WWE history after WWE Hall of Famer Kurt Angle. Brock Lesnar, Shelton Benjamin and Dolph Ziggler are just some of the names with an amateur wrestling background who found success in WWE. Standout collegiate wrestlers Julius and Brutus Creed made their debut as a tag team this past week on WWE NXT.