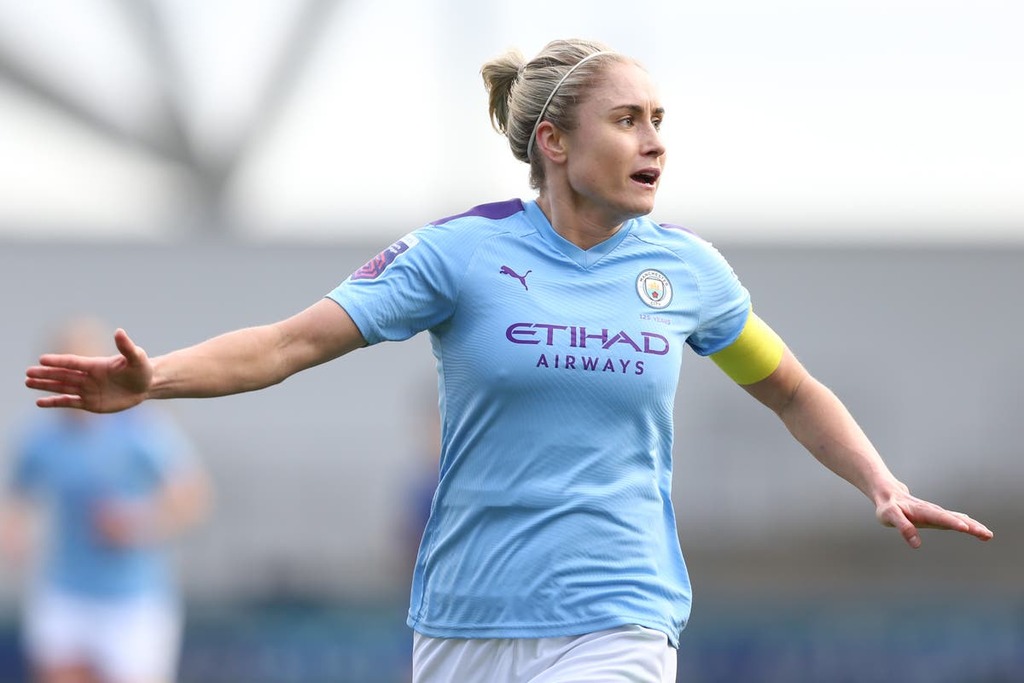 City were dealt their first home league defeat since 2018 on Sunday as they were beaten 2-1 by Tottenham but the winning goal was controversial.

Angela Addison fired the ball into the box and Rosella Ayane clearly handled before it deflected off of Houghton and then keeper Karima Benameur to go in. With the WSL not using VAR or goalline technology, the decision was with referee Abigail Byrne, who let it stand.

“Obviously, being on the other side of a refereeing decision that cost us a draw, or a point, or the potential for us to win a game and [to] end up being a defeat is not nice to take when it [the handball] was quite obvious,” the defender said.

“I think the way our game has gone over the last few years in terms of professionalism, the fact that we train every day, the grounds that we play at, the intensity that we play at, it’s only fair that we get given a fair shot of a higher level of refereeing.

“The priority for me now is to raise the level of refereeing that we have every single game.”

This isn’t the first incident this season which has seen a call for a step up in refereeing.

A ghost goal by Reading’s Brooke Chaplen would have seen her side equalise against Manchester United, instead they lost 2-0. And Arsenal’s winner over Chelsea, scored by Beth Mead, in their 3-2 thriller was clearly offside.

Houghton added: “For me, to make this game even better, we can try and increase [refereeing standards] as much as we can.

“It’s not because I was involved in an incident, there have been two or three incidents over the last few weeks in the WSL that have not been up to the standard as players, we probably expect.

“In terms of VAR, we need to put that to the back of our minds and first and foremost, we need to make sure we have the best referees that we can possibly get.”

Houghton’s team, currently seventh in the WSL, are next in action in the league on 26 September when they take on Arsenal.