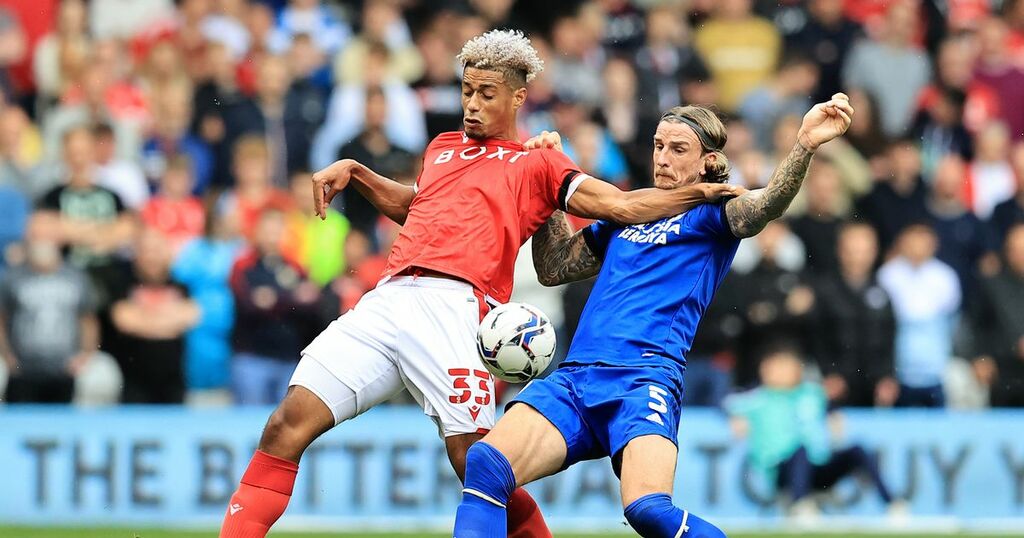 Nottingham Forest fans are saying the same thing after a fifth defeat in six Championship matches, losing 2-1 to Cardiff City at the City Ground.

Lewis Grabban's strike midway through the first half gave Reds fans hope that the international break had been the turning point in what has been a disappointing start to the season.

But the Reds lost all sense of momentum after half-time and fell victim to two goals from teenage substitute Rubin Colwill in the second half.

And Cardiff's second, on 73 minutes, came as no-one could stop the attacking midfielder's driving run and he drove a low shot past Samba from the edge of the box.

Here's what some fans had to say on social media at full-time...

@laithgaribaldi: That second half performance was a disgrace. Hughton's time is up

@TheyCallHimR: Worst start to the season in 108 YEARS for Nottingham Forest. If that doesn't say it all about the current state of affairs, I don't know what will. Hughton HAS to go now.

@77Riches: Don't just blame Hughton for that performance, the players should hang their heads in shame

@LoyalRed21: Didn't watch the Derby game as I was working but today was a carbon copy of the Coventry game. First half not too bad and we go in front, second half sit back and defend a lead and absolutely **** poor. We only looked vaguely threatening when we were 2-1 down. Bored now.

@Chris_Beecroft: Was optimistic when Chris Hughton took charge of #NFFC, however his squad selections, formation, tactics and press conferences are shocking. Time for a young, English, attacking minded manager. Sticking with CH will only delay any progress this season.

@louisemissymoo: Are the players unfit? We are a one half team. Everyone is knackered. Honestly the second half was painful to watch!