World leaders began descending on the United Arab Emirates on Sunday to offer condolences on the death of President Khalifa bin Zayed Al Nahyan, who was succeeded by his half-brother Sheikh Mohammed bin Zayed.

Sheikh Mohammed, now ruler of Abu Dhabi emirate, steered the Gulf state, an OPEC oil producer and regional business hub, for years before being elected the UAE's third president by a federal supreme council on Saturday.

French President Emmanuel Macron, whose country holds lucrative business and military ties with the UAE, arrived in Abu Dhabi and in a Twitter post paid tribute to Sheikh Khalifa's "values of peace, openness and dialogue".

Sultan of Oman Haitham bin Tariq also traveled to the UAE to offer his condolences.

The president of Israel, with which the UAE forged ties two years ago in a major realignment of the Middle East, drawing Palestinian ire, was also due on Sunday as was the Palestinian president and Britain's prime minister.

US President Joe Biden will be represented by Vice President Kamila Harris, due to visit on Monday.

Saudi Crown Prince Mohammed bin Salman had telephoned Sheikh Mohammed to congratulate him on his election. The Kingdom has sent a delegation to the UAE.

Sheikh Joaan bin Hamad bin Khalifa al-Thani, brother to the Emir of Qatar, was also in Abu Dhabi to offer his condolences. 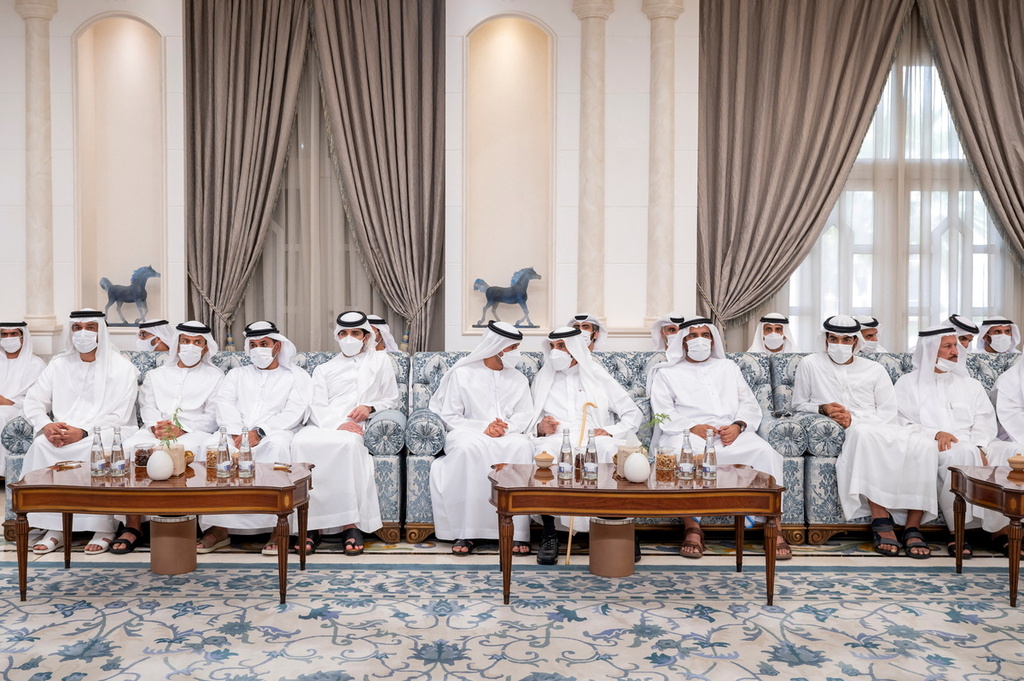