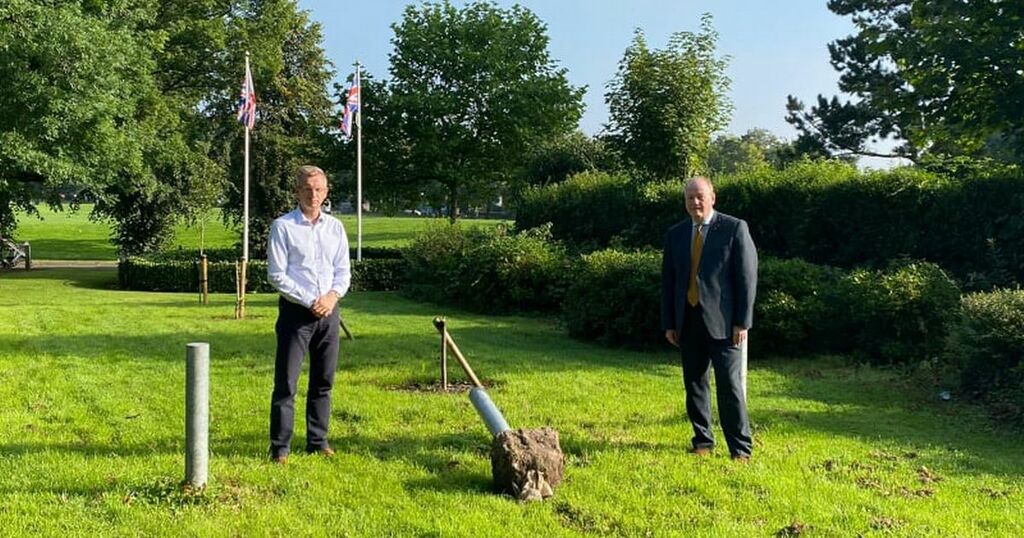 Trees planted to mark the anniversary of the end of World War II have been destroyed in a “senseless” act of vandalism.

The young trees, as well bollards surrounding the area where they are planted, were damaged at Woodvale Park in North Belfast over the weekend.

North Belfast DUP MLA William Humphrey says the attack on the trees is the latest in a number of incidents at the park.

He added: “ Woodvale Park is and should be a wonderful asset for people to enjoy. However that enjoyment is being undermined by the selfish actions of those who engage in senseless acts of vandalism.

“Last weekend six young trees, which had been planted last year as part of a copse marking the 75th anniversary of VE Day, were deliberately broken. Two bollards which protected the copse were also forced out of the ground which will have needed considerable effort.

“There is no excuse or justification for this wanton and criminal destruction. It is all the more tragic that those responsible have destroyed a living memorial to those who paid the ultimate sacrifice during the Second World War for the freedoms we enjoy today.

“Sadly this is not the first time that this copse has been attacked. Having secured permission and funding from Belfast City Council for this memorial copse, I am deeply angry and appalled by these attacks. There are also regular incidents of bins being emptied and the contents set on fire and bottles being smashed on the pathways in this park late at night. We would appeal to those responsible to show greater maturity and to parents and responsible adults to use their influence to bring such vandalism to an end.

“Along with Party Colleagues, Councillor Nicola Verner, Alderman Brian Kingston and Alderman Frank McCoubrey, I have requested an urgent meeting with the Council Parks Manager to discuss what can be done about these acts of vandalism and to repair the damage. We will continue to work with Council officers and local residents to do all that we can to end these attacks and to enhance positive usage of the park.”