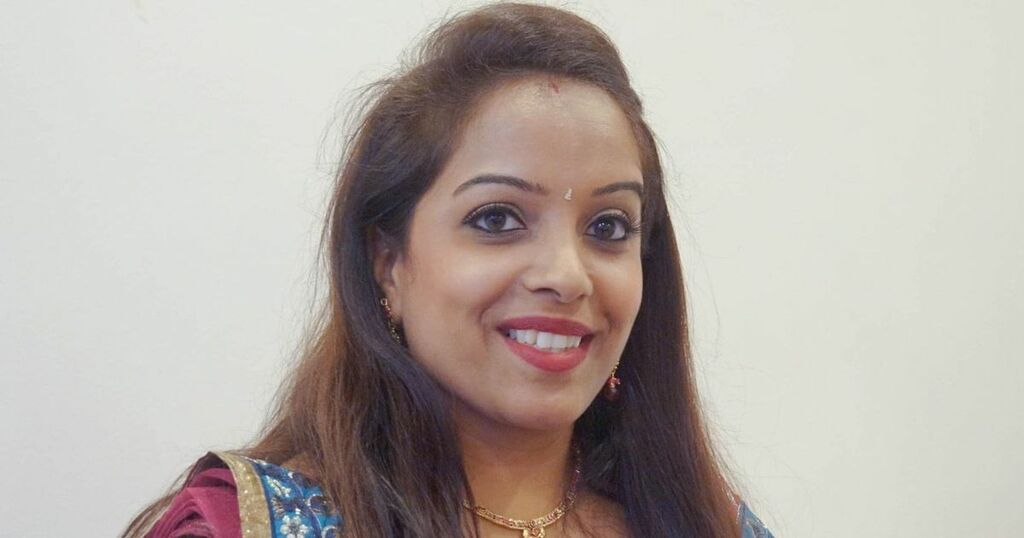 A 'wonderful and loving' mum-of-two died from complications of the AstraZeneca coronavirus vaccine, a coroner has ruled.

Healthy Alpa Tailor, 35, fell ill just over a week after getting her first dose in March this year.

St Pancras Coroner’s Court heard Alpa was complaining of a headache and a day later experienced paralysis on the left side of her body.

Speaking after the inquest, her family said she took the vaccine to “protect her family” and are warning others to seek medical advice if they start to feel ill after their vaccine - including a new headache.

Her husband Anish said: “The death of our beloved Alpa has left a huge void in our hearts and our lives, we will all truly miss her unconditional love. Alpa was a wonderful wife, loving mother, amazing daughter, sister and friend.

“Life has changed for us in an unimaginable way."

A relative said “She always had a smile on her face, enthusiastic and very creative.

“Hundreds of hearts have been touched in her 35 years of life. Her laugh is something none of her friends and family can ever forget.

Anytime you see a photo of her smiling, you can hear her laughter in your head.

“She was loving, caring, and always put the needs of her children before hers. Her two kids, aged six and 22 months, were her pride and joy.

“She would want nothing but protection and love for them and has created amazing memories that they have to look back at when they are older.

“They will never forget their mummy, as her oldest knows mummy's the brightest star in the sky, and she's always there.”

The inquest heard paramedics rushed Alpa to the National Hospital for Neurology and Neurosurgery on April 8 as she was showing all the symptoms of a stroke, including slurred speech and a facial droop.

Doctors carried out blood tests and quickly diagnosed her with a new syndrome called vaccine-induced immune thrombocytopenia and thrombosis (VITT).

It affects one in 50,000 people under the age of 50 who have had the first dose of AstraZeneca, the inquest heard.

Professor Marie Scully, a consultant haematologist at University College London Hospitals, said at the time of Alpa’s admission around 250 people had been diagnosed with VITT in the UK and around 50 had died.

Alpa had surgery that afternoon to relieve pressure on her brain and doctors initially thought she was responding well to treatment.

However by April 22, intensive care doctors noticed a change in brain function and carried out a CT scan to find massive brain hemorrhaging.

Jonathan Hyam, the neurosurgeon at UCLH who performed Alpa’s surgery said: “This condition was a relentless wave of clots in multiple areas.

“A week or so after the surgery I was actually quite optimistic, I thought we had got her through a real nasty condition and I was really surprised when I found out about the tragic demise approximately two weeks afterwards.”

Professor Scully told the inquest: “Nobody could have considered diagnosing a brand new syndrome at this stage. It's completely out of the blue.

Senior coroner Mary Hassell said: “Everything points in the same direction which is that Alpa had the AstraZeneca vaccination at a time when many many thousands of people in this country had died from coronavirus.

“And at the time when it was not known that there was a risk with one particular vaccine - the AstraZeneca vaccine - especially for younger patients.

“It’s very easy to look at this now and think if only she hadn’t if only a different decision had been made but she made the same decision that many millions of people in this country made.

“She was part of a vaccination programme which has saved many many lives but very sadly the AstraZeneca vaccination we now know does carry this really rare risk.

“There’s going to be somebody who’s affected by this and this was Alpa. Having heard all the evidence I have no hesitation in saying that she died as a consequence of the vaccination.”

According to the Medicines and Healthcare products Regulatory Agency, as of September 1 there have been 416 cases of VITT and 72 deaths.