A woman who drowned in a lake took her own life after fearing a chronic eye problem made her look 'disfigured', an inquest has heard.

Christine Foster's body was pulled from the water in Orrell Water Park in Wigan on November 19 last year. The 60-year-old had been reported missing by her family the previous day, according to the Manchester Evening News.

An inquest at Bolton Coroners' Court heard Ms Foster had been suffering with a chronic eye problem for some time prior to her death, on which surgery proved unsuccessful. Ms Foster had threatened to end her own life if the issue could not be fixed, the court heard.

In the days prior to her death, she told loved ones she could 'no longer cope'. The hearing was told Ms Foster, who lived in Billinge, underwent an operation on a cyst on her right eye in 2020.

It failed to resolve the problem so she contacted several other hospitals to see if they would treat her, but they refused. Ms Foster's mother, Rose Shone, said the knock-back 'deeply affected' her daughter, and after the UK went into lockdown in 2020, she said Ms Foster's mental health began to deteriorate further after she was furloughed from her job as a veterinary grooming manager.

She said she also noticed that her daughter was not eating properly. Ms Shone said: "She was hardly eating anything. I could see this in her physical appearance. She stopped dressing. In the past, she had been very proud of her appearance."

The inquest heard Ms Foster was referred to mental health services in October last year. Dr Jaswinder Saini, a consultant psychiatrist at Lancashire and South Cumbria NHS Foundation Trust, said that during an assessment Ms Foster had told her the infection was affecting 'all aspects of her life'.

Dr Saini said: "She spoke about wanting another opinion". She said Ms Foster had reassured her that she had no plans to end her own life and she was therefore deemed to be at 'low risk' of suicide.

She told the inquest that Ms Foster had appeared 'fixated' by her eye and was 'debilitated by anxiety'. Ms Horsfall said: "She was quite helpless about her situation.

"She was neglecting herself and was not eating. The anxiety was all-encompassing and she found it very hard to look at anything other than the issues with her eye."

Several weeks before her death, the inquest heard that Ms Foster was left "devastated" when her beloved dog Grace had to be put down. Ms Foster's friend, Christine Milliken, described her as 'generous' and 'animal-mad' and said the pair spoke several times a day.

When Ms Foster failed to visit her mother, Ms Shone went to her daughter's house but she wasn't there. Police were contacted and a search was launched for Ms Foster.

Later that evening, officers found her coat and keys next to a lake in Orrell Water Park - a short distance from her home. Her body was discovered the next morning.

Pathologist Dr Stephen Wells told the inquest that a post-mortem examination had given her cause of death as 'drowning'. He said toxicology results showed Ms Foster had consumed alcohol and the anti-depressant mirtazapine prior to her death, but that he did not believe they had contributed towards her death.

Police coroner's officer Andrew Pickles told the hearing that there were no suspicious circumstances surrounding Ms Foster's death. After being informed of her daughter's death, Ms Shone said she was 'not surprised'.

She said: "When you watch someone over a period of months worsening in every way, to her she had nothing to live for. When the dog died that was the top hat on it."

She added: "She did not take these decisions overnight. It was over a period of time."

Dr Lee Roby, a GP at Hall Green Surgery in Upholland, told the hearing that Ms Foster had reported that a cyst on her eye was causing her 'significant problems' and that she had seen several specialists about it. He added that she had been prescribed anti-depressants after being diagnosed with mixed anxiety and depressive disorder in 2021.

Recording a conclusion of suicide, assistant coroner Rachel Syed said she was satisfied that Ms Foster had intended to take her own life. "It's clear that she submerged herself in the water with a clear intention of ending her own life," the coroner added.

"There are extensive letters in her own handwriting in which she clearly expressed her intention to end her own life. This was a very well thought out plan by Christine." 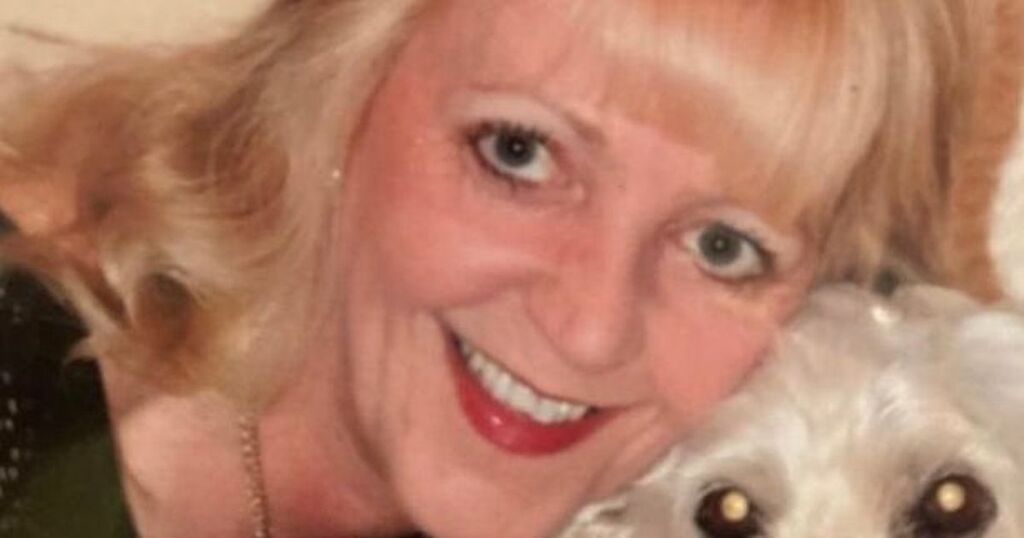 Wales Online
One subscription that gives you access to news from hundreds of sites
'Debilitated by anxiety': Tragedy of woman who 'saw herself differently' - and took her own life believing chronic condition made her look 'disfigured'

Manchester Evening News
Mum, 34, killed herself after spending a year on NHS waiting list for help

Mum Laura Myatt, 34, from Newcastle, Staffs, was found hanged at her home by her father after she had been…