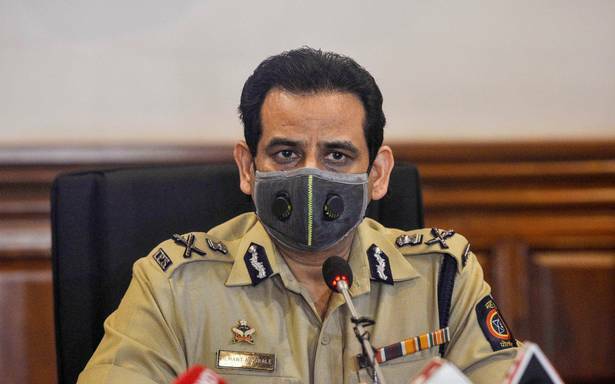 A 32-year-old woman, a mother of two, died after being subjected to sexual assault in the early hours of Friday in Mumbai.

Based on the closed circuit television (CCTV) footage of various cameras covering the scene of the crime and its nearby areas, the Mumbai police team investigating the case has identified and arrested Mohan Chauhan (45), a resident of Kurla. He was produced in court on Saturday afternoon and remanded in police custody till September 21.

According to the police, the incident came to light at around 3.20 a.m. on Friday, when a watchman of a cardboard company on the Khairani Road in Saki Naka called the police control room reporting that a woman was being assaulted by a man inside a tempo near the factory.

“Personnel from the Saki Naka police station reached the spot within ten minutes and found the victim. She had serious injuries and was lying in the back of the tempo. They obtained the keys of the tempo and went straight to the Rajawadi Hospital in Ghatkopar, where the victim was admitted in an unconscious condition. Treatment was started right away,” Hemant Nagrale, Commissioner of Police, Mumbai, told reporters.

A political storm is raging with the Opposition Bharatiya Janata Party (BJP) demanding the hanging of the guilty person, while questioning the law and order situation in the State.

Mr. Nagrale said that a Special Investigation Team (SIT) had been set up and Assistant Commissioner of Police (ACP) Jyotsna Rasam appointed as the investigating officer. “The investigation will be completed within a month and a chargesheet will be filed against the accused,” he said.

According to officials working on the case, Chauhan is alleged to have pulled the victim inside the back of the tempo and brutalised her with an iron rod, inflicting severe injuries to her torso as well as her private parts. The victim succumbed to her injuries on Saturday morning. The police have subsequently added the section for murder under the Indian Penal Code to the FIR. A statement could not be recorded from the victim before she died.

Earlier, Maharashtra Chief Minister Uddhav Thackeray had announced that the case would be tried in a fast track court. “The heinous crime that took place in Saki Naka is a disgrace to humanity. The case will be tried on fast track and the culprit will be severely punished, ensuring justice to the woman who lost her life due to this dreadful crime. Officials are directed to speed up investigation,” Mr. Thackeray said in a statement. Maharashtra Home Minister Dilip Walse-Patil said that he was personally monitoring the investigation and the guilty would not be spared.

Devendra Fadnavis, Leader of Opposition in the State Assembly, described the crime as a blot on Mumbai, which is considered a safe city for women. “The court will pronounce the judgement, but we feel that the guilty should be hanged,” he said. Mr. Fadnavis also asked the State government to ponder on why instances of crime against women were on rise in the State.

The National Commission for Women (NCW) has asked the Mumbai Police to arrest all the accused in the case. Mr. Nagrale stated that only Chauhan was responsible.

“We, too, had started inquiries with the possibility of more than one accused being involved in mind and Section 34 of the IPC (Acts done by several persons in furtherance of common intention) was included in the FIR for this very reason. However, CCTV footage clearly shows that only the arrested accused was behind the crime,” he said.