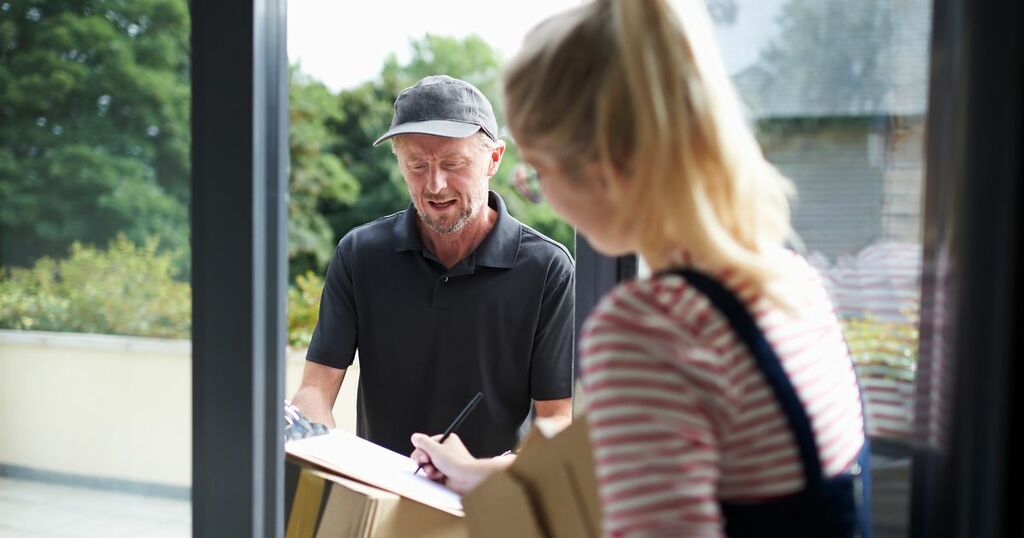 Delivery drivers deserve major praise for helping to make our lives easier by removing the need to travel to the shops.

But one woman was left baffled when her recent interaction with a delivery driver didn’t quite go to plan – after he let himself into her house.

The woman, who lives in Southport, has said she was shocked to see the driver open her front door and walk inside her home to place her parcel on her sideboard, and has blasted his actions as “cheeky”, as reported by the Liverpool Echo.

She posted on a neighbourhood app: "What gives a delivery driver the right to ring the doorbell, open your front door and shout hello and walk into your home and put a parcel on your sideboard.

“[It's] cheeky if you ask me but that’s what happened yesterday. I wouldn’t even dream of trying somebody’s front door let alone walk in if I wasn’t invited."

Her post has garnered several responses, with one woman sharing her outrage and accusing the delivery driver of trespassing.

She commented: "Absolutely not. That’s trespass."

While others disagreed, insisting the driver was doing a good deed by placing the parcel inside, as it meant it was safe from potential thieves.

One man wrote: "A lot do try the doors but on the positive side they want to leave it somewhere safe.

"A bit cheeky but better than having it nicked I suppose."

And another woman said the delivery driver’s behaviour wasn’t at all unusual, as other workers often used to enter homes to drop off goods – and would even take money as payment.

She posted: "I can remember a time when back doors were usually unlocked, or the key was under the mat, and those delivering the meat and the (separate ones) delivering the fish, would come in, put them in the fridge (if there was one) and take the correct money out of the purse on the kitchen table, left there deliberately, and go!

What do you think? Let us know in the comments.