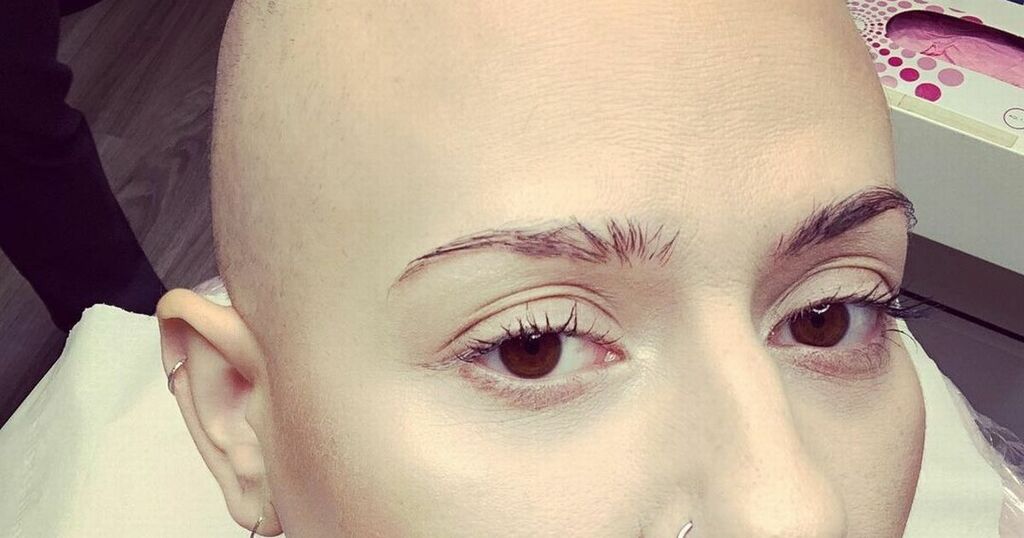 A woman who says she was turned away by doctors for five years after discovering a suspicious lump on her knee has been told she has eight tumours.

Joanna Georgiou, 31, had first consulted with her GP after discovering a suspicious lump on her knee in 2016 - but says she was simply told ibuprofen will help the pain of the 'cyst'.

Now after five years after finding her first lump, Joanna has a tumour the size of satsuma next to her heart and six tiny tumours in her lungs and one large one in her knee - the one first diagnosed as a cyst.

Over the years and with increasing pain, Joanna said she continuously confided in doctors who would only prescribe stronger painkillers.

Joanna suffered more pain during the Covid pandemic where she found herself struggling to stand and unable to receive adequate help from e-consultations with doctors.

But in August 2021, Joanna decided to visit a private surgery and was diagnosed with Stage 4 Synovial Sarcoma despite previous doctors diagnosis.

Synovial Sarcoma is a cancer that forms in soft tissue, with only three in a million people being diagnosed with it.

It most often grows near joints and can spread very quickly.

Joanna feels majorly let down by the NHS and feels more could have to done to recognise the tumours earlier.

Joanna said: “I’ll never forget that first doctor I went to. I told him I had this soft lump that wasn’t really painful to touch but didn't feel right.

"And he barely looked at my leg, he was completely uninterested in what I was saying".

She stated she initially had two diagnoses - ganglion cyst and calcium bite injury - neither of which were correct.

Joanna was then informed it was a benign tumour and was placed on a waiting list to have it removed.

But she was shockingly pushed back of the list to make room for more critical patients with cancer.

Joanna spoke of the betrayal she felt from the NHS stating: “We believe what we're told and we trust in our medical professionals.

“We trust in the NHS and I was just going with what I was told even though I felt like they might have got something wrong.

“The one thing that we get is the NHS and I feel let down."

Joanna believes her treatment was further delayed because of the pandemic.

She said she felt forgotten about during those times - stating many with cancer and other terminal conditions were neglected.

Joanna has now gone through four rounds of chemotherapy, lost her hair and is considering having her leg removed in order to save her life.

But still, after the four rounds of chemotherapy, the six tumours in her lungs have sadly remained the same - as well as the tumour within her knee.

But the tumour within her heart had decreased dramatically in size, shrinking from nine centimetres to three and a half centimetres.

Sadly this will not have a major impact on her prognosis.

But despite her hardship, Joanna is not giving up. She is determined to not only prolong her life with radiotherapy but live her life to the fullest.

She said: “It would be a long road to recovery but I am a stubborn person, and I won’t give up that easily.”