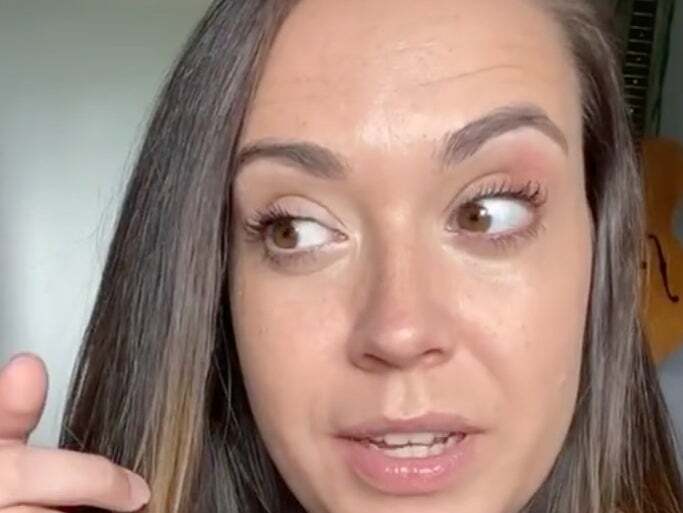 A woman on TikTok asked for advice from a man who ghosted her - only to be met with a brutally honest reply.

Danielle, the TikToker in question, who goes by @danielleria on the platform, took to her account to address the situation.

In the video captioned “you can’t win them all,” she shared a screenshot of the conversation that starts off with her asking the awkward question of “why dating never really progressed” between them after meeting up with one another on two occasions.

She also noted that she decided to go after the man for that bit of information for no real reason.

When the man responded, he said he cast aside the potential relationship due to “too many options and variety” and a “shag fest” on dating apps that cause romance to fizzle out.

“Hey, hope you’re alright. Real random one, but I was wondering if you could give me a little insight on why dating never really progressed with us? the text message read. “Just looking for a bit of feedback."

He replied: "I’m good, thanks, hope you’re good too. It’s dating on apps, gives people too many options and variety. It’s killed the dating game."

Danielle then went on to ask the man if he went back into the online dating pool, to which he said that he is now on Tinder. When she asked how that was working out for him, he said, “it’s a shag fest.”

Towards the end of the video, Danielle said that she did feel. [a] lot better for receiving that response, but onlookers didn’t understand the need for her to ask that question in the first place.

“Asking for feedback is so strange,” someone wrote.

Another person in the comments believed the man had a point about the reality of how dating apps can be and said, “[The]thing is, he’s kinda right. Dating apps are toxic. There’s always another option at a swipe. If there’s chemistry with someone, I always see it through.”

Someone else in the comments gave her the advice to come off the dating apps herself “The best thing to do is come off those apps and focus on yourself. Cliché, but once you stop looking, they come, I promise it’s true. You’re gorgeous anyway.”

One thing is for sure; she was brave enough to reach out as well as receiving an answer to her burning question!

Anti-vaxxers are now calling themselves ‘pure bloods’ on TikTok