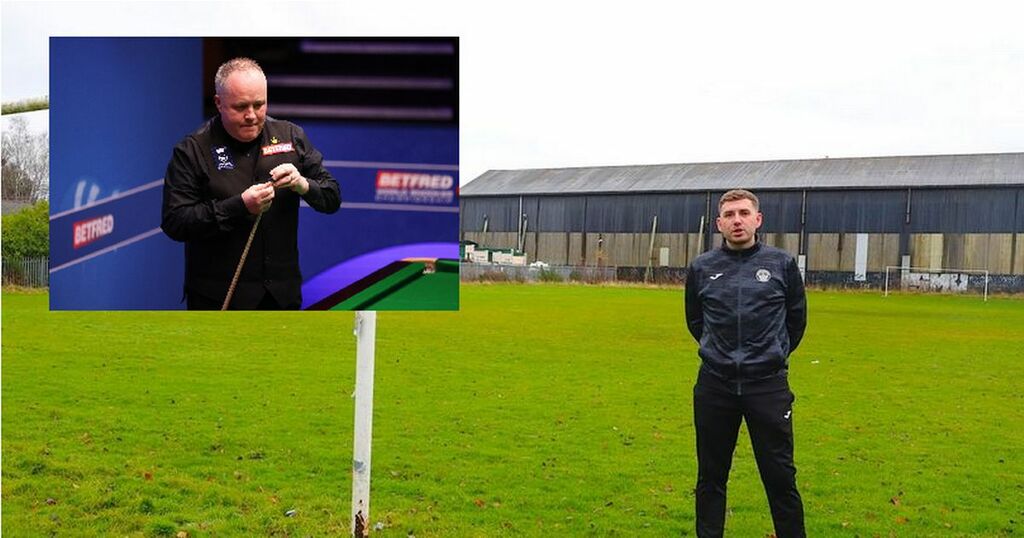 One of Wishaw's best-known sportsman has done his bit to help regenerate a Craigneuk football park.

Snooker star John Higgins has made a financial donation to Craigneuk Amateurs AFC who are looking to regenerate The Humph, a football pitch in the village.

The team, which celebrated the 25th anniversary of its formation this year, is aiming to turn the park into a community hub to be used for other sides and youth teams.

The money the former World Champion has donated will be used to level off the pitch and work to improve the drainage.

He said: "This donation from John is a massive help for us and it is great it is from someone who is passionate about the local community.

"His family are all from Craigneuk and know about the history of The Humph, and John himself used to stay here.

"The money is already being put to good use and will go towards some very much-needed pitch improvements next week.

"John got in touch with myself to say he was interested in helping us out and even wants to start coming to some of our games when the park is ready."

The park is steeped in history and has had some famous faces, such as Billy McNeill, play on it.

It has not been used for some time but John is keen to get The Humph back to its former glory and really involve the local community.

John added: "The community has really gotten behind this project and shown great support, people are always asking when the park will be ready and when they can come to watch a game.

"We have a lot of support from local businesses like the King Lud pub who have helped raise some money for us.

"This really is a community project and to actually have the community excited for it makes it a lot more worthwhile."