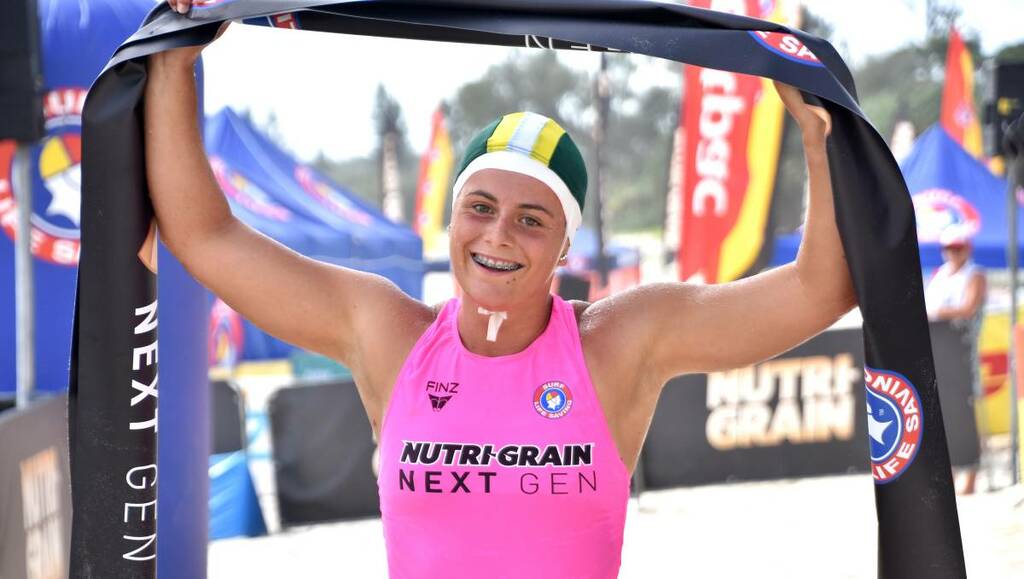 Swansea Belmont's Bella Williams has been left "speechless" after achieving a lifelong "dream" by scoring a spot in the Nutri-Grain Ironwoman Series.

Williams was announced on Wednesday as a late replacement in the opening three rounds for Georgia Miller, who is recovering from influenza and COVID-19.

The 18-year-old, who was first reserve following trials on the Gold Coast last month, will now be among the 20 athletes competing at North Bondi Beach on Friday, Saturday and Sunday.

"It's been a dream of mine to race in the Ironwoman Series since I was in under 8s and it's taken so much hard work to get to where I am," Williams said.

"When I got the call I was so excited, I was actually a bit speechless really.

"Having had a few carnivals recently has really boosted my confidence and I'm so ready to race this weekend.

"I'm young, I'm fresh and I've just come out of my HSC and back into full time training, so I couldn't ask for a better opportunity."

Williams will now be alongside her idols after contesting the Next Gen Series almost 12 months ago.

"I'm so excited to race against the elite girls, but especially Courtney Hancock, I really look up to her," Williams said.

"I wear pink ribbons in every race because of her, and when she put her foot on the line next to me in the trial I was a bit overwhelmed.

"To be able to say that I've not only raced her in the trial, but to race her in the actual series this weekend is so incredible.

"I'm still trying to process it, but I think it will really sink in when I pull on those togs on Friday."

Swansea-Belmont will also be represented in the men's series by fellow debutant Kye Taylor while Daniel Collins flies the flag for Redhead.