Will The Green Bay Packers’ Last Dance Have A Happy Ending? 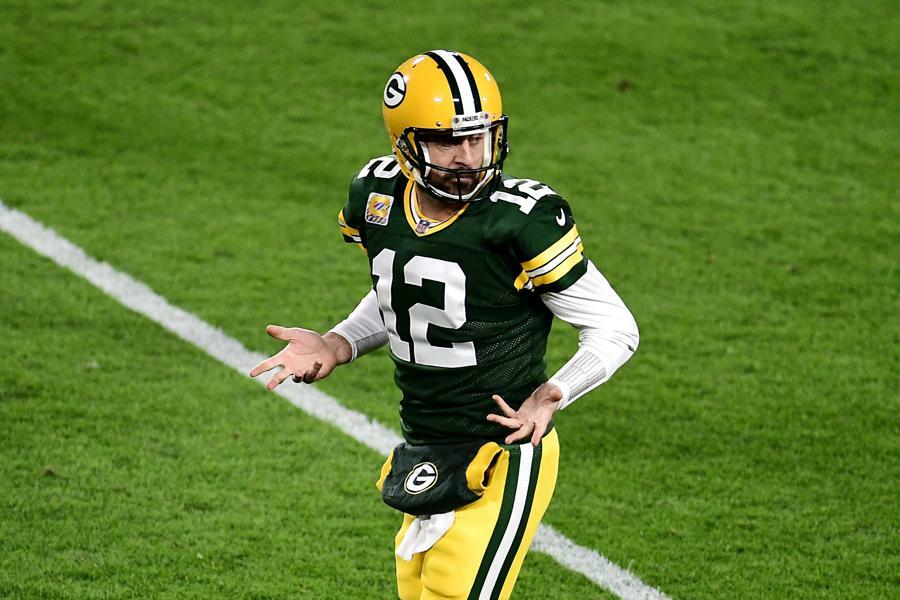 During “The Last Dance” — ESPN’s documentary that examined the rise and eventual dismantling of the Chicago Bulls — Michael Jordan talked about the bitterness he still felt about those Bulls being torn apart.

“It’s maddening because I think we could’ve won seven (championships),” said Jordan, who led those Bulls to six NBA titles in eight years. “I really believe that.”

The Green Bay Packers are set to begin their own “Last Dance”, with quarterback Aaron Rodgers quite possibly beginning his final year with the team. And while Rodgers is miles behind Jordan in championships (six to one), he’d love nothing more than to exit on a high like the Bulls’ star did back in June, 1998.

“There is a lot of unknowns,” Rodgers said Wednesday. “I’ve talked about it at various times throughout camp. People who still have their contracts and situations down the line. So the right perspective is needed, I think, from all of us.

“But I think we don’t feel pressure. I’m speaking personally and I can’t speak for everybody. But the feel that I get with the energy in the locker room is not pressure, it’s focus. I think it’s the right perspective and the right type of focus.”

Five hours before the NFL Draft on April 29, word leaked that Rodgers didn't ever want to play for Green Bay again. The Packers selected quarterback Jordan Love in the first round in 2020 to be their quarterback of the future, and Rodgers was furious that the team never communicated their plans with him.

Pro Football Talk reported, “(Rodgers) doesn't like anyone in the front office for a variety of reasons.” The Athletic reported that Rodgers referred to Packers’ general manager Brian Gutekunst as “Jerry Krause” — the man who built and tore down the Chicago Bulls dynasty in the 1990s — in group chats with teammates.

Mike Garafolo of NFL Media also reported that Rodgers was telling prospective free agents considering Green Bay that “before you make any decisions, I’m probably not gonna be there.”

Rodgers eventually folded his cards and returned to the team for the start of training camp. During a 32 ½-minute press conference on July 28, though, Rodgers said he had no clue where he’ll play in 2022.

“Yeah, I really don’t know,” Rodgers said when asked about his future. “I think things in that direction haven’t really changed at all. I think I’m just going to focus on this year.”

That year is here. And expectations are sky high.

Green Bay returns the overwhelming majority of the group that’s gone 26-6 the last two years and reached the NFC Championship Game each of those seasons. Rodgers is coming off an MVP season. And there’s a terrific mix of veterans and young, emerging players.

Wideout Davante Adams, who’s in the final year of his contract, knows this could be the end of the road for himself and Rodgers in Green Bay. In fact, both Adams and Rodgers posted an identical photo of Jordan and teammate Scottie Pippen to their Instagram accounts in late July.

Knowing the “now or never” vibe that exists around the 2021 Packers, Adams said this group has something past Green Bay teams didn’t.

“This is probably the hungriest team that I’ve ever been around, honestly, just because we have been so close a number of times now,” Adams said. “So I feel like everybody in the back of their mind they know how reachable it is and realistic we are to getting to that final step.”

Rodgers and the Packers haven’t taken that final step since the 2010 season, when they defeated Pittsburgh, 31-25, in the 45th Super Bowl. A dynasty was predicted for that group, but instead, Green Bay has fallen short 10 straight years and gone 0-4 in NFC Championship Games in that time.

Can Rodgers script the same type of ending Jordan and those Bulls once did?

The football world can’t wait to find out.

“We know we have a talented team, we know what the expectations are, we’re just focusing on accountability and holding each other accountable,” Rodgers said. “Because regardless of what happens with any of our situations, this group will not be together the way it is now in years down the line. So we’re going to enjoy this year for all that it has to offer, and each other, and I think that’s the right perspective to have when you get in this situation.”