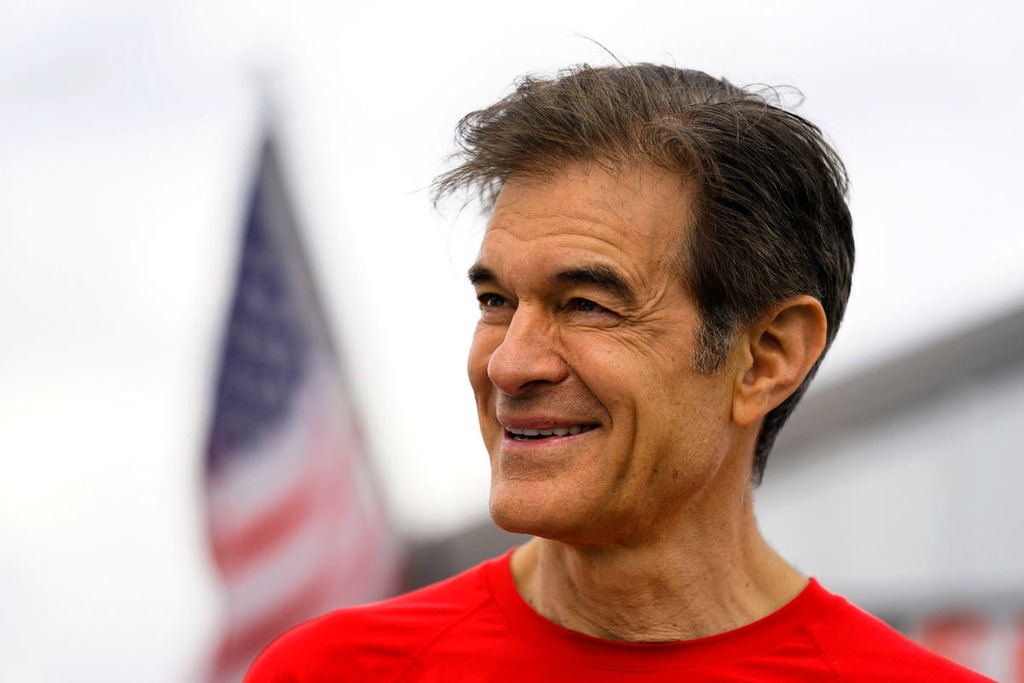 'Reprehensible': Oz condemns GOP opponent's tweet on Islam
Republican Senate hopeful Mehmet Oz is stepping up his criticism of a far-right candidate in Pennsylvania who is gaining traction…

Mitch McConnell has been fixated on ensuring the 2022 midterms are not a repeat of the 2012 or 2010 cycles.

The former president has backed Mehmet Oz, and his statement against Barnette is a sign he is keeping close watch…

Politico
Get all your news in one place
Latest Comment news: 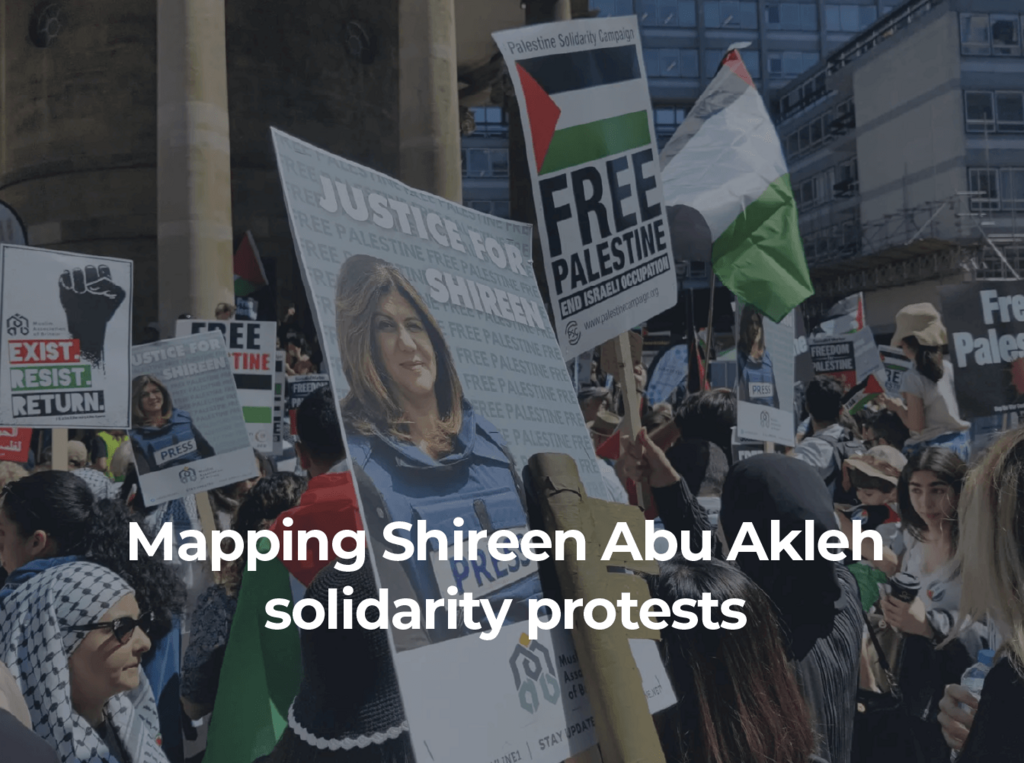 Al Jazeera
Read news from The Economist, FT, Bloomberg and more, with one subscription
Learn More
Opinion | Why Jeff Bezos’ Anti-Biden Tweets Are So Dumb

Caixin Global
We need a definitive exit from our Covid-19 pandemic. Here’s the roadmap

Will Bunch: Who is Kathy Barnette, and can Pa. figure it out before she wins the GOP Senate nod?

For about an hour Wednesday night, the crunchy green artificial turf of the big indoor practice field at Newtown Athletic Club in Bucks County offered a kind of a safe space for Kathy Barnette to revel in her new status as sudden-shock co-front-runner in Pennsylvania’s GOP U.S. Senate primary, in the election that could tip the balance of power in Washington in 2023.

Barnette, that kind of vague B-list Fox News pundit who’s never held elected office, basked in the loud whoops from about 400 Republican faithful when she was introduced at a panel of six contenders that also included her top rival, the TV celebrity Mehmet Oz. The candidate-forum format allowed her to mostly avoid the main election issues, to pitch her slight but compellingly-crafted narrative.

“I am you,” the 50-year-old Barnette said, voicing her campaign slogan. “I come from very humble beginnings — pig farm, Alabama, and a home with no insulation, no running water, and an outhouse in the back and a well on the side, but this country allowed me to create a different narrative for myself.”

That, she has done.

I was able to meet Barnette away from the stage for a brief interview. The fiery right-winger — who took buses to the Jan. 6 rally that became an insurrection and who the media has branded as an “ultra-MAGA” candidate for this Donald Trump interlude — and this progressive-minded newspaper columnist agreed about one thing: The media should have been paying a lot more attention to who she is, and what she stands for.

“It’s your job to vet, and I’ve always been open to that,” Barnette said, asked about a sudden, seemingly coordinated knives-out attack from conservative media now that she’s in a virtual dead heat with Oz and hedge fund CEO David McCormick. “I’ve been doing it for 13 months, trying to get people to talk to me, talk about my story.”

Neither Barnette nor I knew that in less than 30 minutes, conservative TV icon Sean Hannity would not only host Oz to reiterate his support for the Trump-endorsed-TV doctor, but also to raise sharp questions about some of Barnette’s more outlandish social media posts, including one from January 2016 that called Barack Obama “a Muslim.” The Fox News host declared that “with six days left in this campaign, there are serious, real, open questions” about Barnette. Meanwhile, a close Trump ally, the former ambassador to Germany Richard Grenell, was promoting a YouTube video titled “The Real Kathy Barnette” that spotlighted past comments about “white racism” and “systemic racism, especially from police officers” — words that would trigger the GOP base.

It’s not just conservatives, though, who suddenly have a lot of questions about who Kathy Barnette is and what she really believes. I pressed her about her Twitter history — revealed recently by Inside Elections reporter Jacob Rubashkin — of posts promoting that “Islam is a theocracy, should be banned in the USA (March 2017) or that “Pedophilia is a cornerstone of Islam” (April 2015).

“I do not recall what you’re talking about and I doubt seriously I would have said anything like that,” she told me, even though Rubashkin has posted screen shots of the tweets. Barnette’s smile suddenly grew a bit frozen, and her tone of voice hardened. “Thank you so much for your time. Do you have a card?”

Apparently there are limits to how much Barnette wants the media to talk about her story.

With just a handful of days left before Pennsylvania voters pick the candidates for the Senate seat vacated by Republican Pat Toomey, the media is struggling with how to tell Barnette’s rags-to-political-riches story, especially when so many find the horse-race angle so compelling. Indeed, the Montgomery County resident and defeated 2020 congressional candidate is running the “Oh my goodness!” route of Kentucky Derby-winning 80-1 long shot Rich Strike, streaking from the pack while everyone was watching the front-runners — Oz and McCormick, the multimillionaire carpetbaggers — beat each other up down the backstretch.

The millions in negative TV ads to convince the primary electorate that Oz is a phony conservative with recent, heretical (to Republicans) views on abortion and transgender kids — or that McCormick is a pro-China “globalist” — have worked to the point of driving GOP base voters to look for a third way.

“She’s been a consistent conservative for a long time, while Dr. Oz has flip-flopped on abortion — he’s been pro-choice, interested in transgender (rights) for children, and pro-’red flag laws’ (on gun safety) ... that’s not what we want,” a 20-something Philadelphia man who works in tech but didn’t want to give his name and was planning to vote for Barnette, told me at the Newtown forum. “McCormick is this giant globalist.”

That voter calculation has fueled Barnette’s final stretch run. A Fox News poll released Tuesday showed a three-way dead heat — Oz at 22%, McCormick at 20% and Barnette at 19% — but with Barnette surging and with much lower voter disapproval than her rivals. That may have swayed the pro-business group Club for Growth — seemingly in a feud with Team Trump over the future of the GOP — to invest $2 million in last-minute ads to get her across the finish line. It doesn’t hurt that state Sen. Doug Mastriano, the seeming Republican front-runner for governor, has endorsed Barnette.

But the electorate also probably has a clearer picture of Mastriano — Big Lie-supporting, QAnon-adjacent Christian nationalist — than of Barnette, whose lack of past scrutiny and vague biography is raising questions from all sides. Will Tuesday’s primary voters be getting the Barnette who questioned Obama’s religion and even his sexuality, or the one who started a petition for a statue on the National Mall that would honor Obama and his family? Will it help or hurt Barnette that the Wikipedia page about her mysteriously vanished in the last week of the election?

There clearly should be more attention paid to Barnette’s activities around the Jan. 6 rally and insurrection to keep Trump in office — such as this Dec. 31, 2020, video that says she’d filled two buses of attendees and was hoping to book a third. Ditto for her bizarre claims of voter fraud around her 2020, nearly 20-point defeat by U.S. Rep. Madeleine Dean, and her close ties to peddlers of the Big Lie around that year’s voting such as Douglas Frank and pillow mogul Mike Lindell, who has endorsed Barnette.

Hours before Hannity went on the attack, the conservative Washington Examiner dropped a piece from columnist Salena Zito that went more broadly after the ambiguity in Barnette’s bio, and said that her campaign has so far declined to release records about her decade of service in the Army Reserves in the 1990s. And it would be good for voters to know more about Barnette’s education and other bio bullet points that describe work as an adjunct professor and in the finance industry but give zero details. Zito noted that Barnette's 2018 book, "Nothing to Lose, Everything to Gain: Being Black and Conservative in America," describes her as living in Virginia.

That’s all troubling, but voters also deserve to know more about what Barnette would do in the Senate if she’s elected in November, an all-too real possibility in a year Republicans hope voters angry about inflation will spark a “wave election.” In our brief interview, I pressed Barnette — whose story that she is the product of her mother’s rape at age 11 has burnished her anti-abortion credentials — whether she’d vote for a national abortion ban. Her answer was not direct.

Barnette said a Supreme Court reversal of the 1973 Roe v. Wade decision would mean “it goes back to the state, which I believe is the best place for it.” But what about calls for a Senate vote to ban abortion nationwide if Republicans take control in 2023? “What I’m saying is, I will always work to create options for those women who find themselves in challenging positions like my mother was but I will always find options for the baby, for that life. I believe that is a human life and I will work vigorously to protect that life.”

It’s not hyperbole to say that what happens between now and November will be the most important six months for the notion of democracy in Pennsylvania since the Constitution was drafted in Philadelphia in 1787. Barnette and Mastriano, candidates who would would blow up the American experiment with their beliefs in Big Lie election theories and erasing the lines between church and state, are poised to ride a wave of extreme voter discontentment. In that context, it’s infuriating that thousands won’t even know what, or who, they’re voting for.

When Barnette was on the stage, moderator Stacy Garrity, the state treasurer, asked her about the Examiner report and her military record. The candidate defended her 10 years of service and said she chose marriage over entering officer candidate school. She then added: “I’m loving it, because now they (the media and GOP establishment) notice us and now they’re nervous — and they’re nervous because we’re winning.”

But unless we can learn more about who Kathy Barnette is in the next few days, Pennsylvanians should be nervous. Very nervous.

'Reprehensible': Oz condemns GOP opponent's tweet on Islam
Republican Senate hopeful Mehmet Oz is stepping up his criticism of a far-right candidate in Pennsylvania who is gaining traction…

Mitch McConnell has been fixated on ensuring the 2022 midterms are not a repeat of the 2012 or 2010 cycles.

The former president has backed Mehmet Oz, and his statement against Barnette is a sign he is keeping close watch…