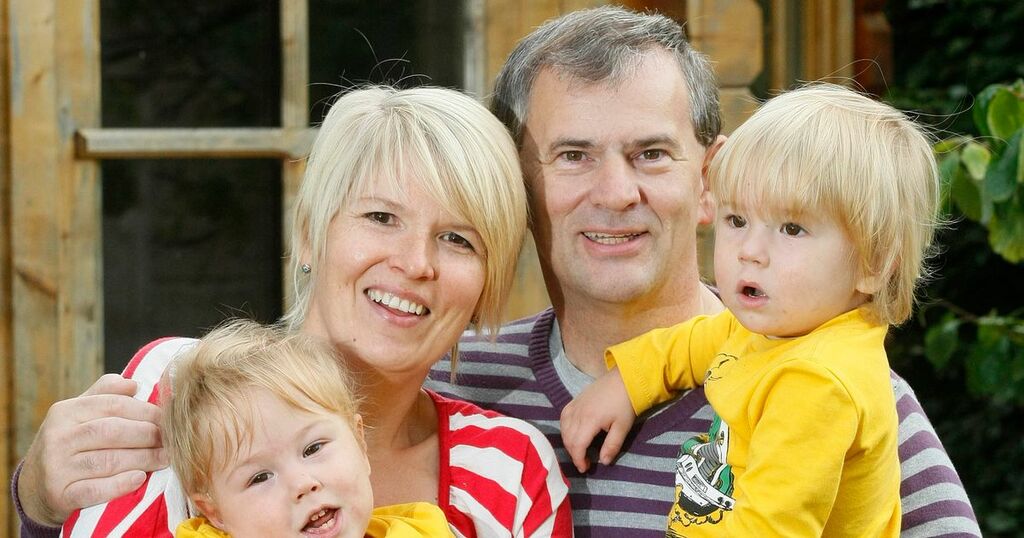 The wife of former Renfrewshire councillor and MSP Bruce McFee said he will be remembered as a "devoted dad" who gave hope to parents with disabled children.

Bruce - who served as an elected member for Kilbarchan - died at the age of 60 last week having suffered a tragic stroke in March 2019 which left him needing full-time care in a nursing home.

But his wife Iris McFee said he would be remembered fondly for bringing a revolutionary Russian therapy known as Advanced Bio-Mechanical Rehabilitation (ABR) to the UK to help children who suffer from functional disorders.

Bruce was inspired to bring ABR back home after coming across it when he was looking for a way to help his son Marten, who died suddenly in 2015 after battling severe cerebral palsy.

Iris said: "We were desperate for a better life for our son.

"Bruce was just sitting on the computer trying to find something and he stumbled across it.

"We contacted a lady in Belgium who was the closest to us and it just went from there.

"It was not very practical for us to go to Belgium with two young children every three or four months so it made more sense to have the therapy here and let other people benefit as well.

"The main training and assessment team came over from Belgium but he was kind of the mastermind behind the organisation.

"It gave a lot of parents hope things can get better. It brought together parents who had a more open mind and who maybe didn’t know anyone with a similar outlook locally to them."

Marten and his twin brother Erik had been born three months premature in 2010.

Doctors said a condition called twin-to-twin transfusion meant one baby used all the blood, oxygen and nutrients it needed and the other simply got what was left.

Marten was then diagnosed with cerebral palsy and, while Erik was the much healthier of the two, he still faced respiratory and movement issues.

ABR therapy helps to rebuild the correct relationship between the body and brain so spontaneous development can then take over and it helped both Marten and Erik to improve their strength and movement.

Iris and Bruce set up ABR Scotland together, which later became ABR England when Iris was forced to give up the business to care for her husband and Erik.

Iris added: "Bruce was a very hands-on dad and he really doted on the boys.

"He would have done anything for them and he did, including setting up a national therapy programme to help Marten and Erik and other children.

"It did take a lot of work but we got satisfaction from the fact it did a lot of good things."

Alongside his love for his children, Bruce's other passion was helping other people and hearing their stories, leading him to develop an interest in politics from a young age.

Having joined the SNP aged 16, Bruce spent his life campaigning for an independent Scotland and became a councillor for Kilbarchan in 1988 on what was Renfrew District Council.

He continued to represent the village right up until 2003 when he was voted into the Scottish Parliament as a West of Scotland MSP.

In 2007, he went back to Renfrewshire House for one more term before standing down in 2012 to spend more time with his family.

"He always had time for other people. At times it annoyed me when we went to Asda and he’d meet someone and just talk to them for an hour," said Iris.

"Politics was something that had interested him since he was a teenager.

"It was his passion and a lot of people see the political side of that but, from the more personal side, there was a passion around connecting with people and being able to offer them something.

"He was very good at finding solutions for everything. He was able to make a success out of everything he tried."