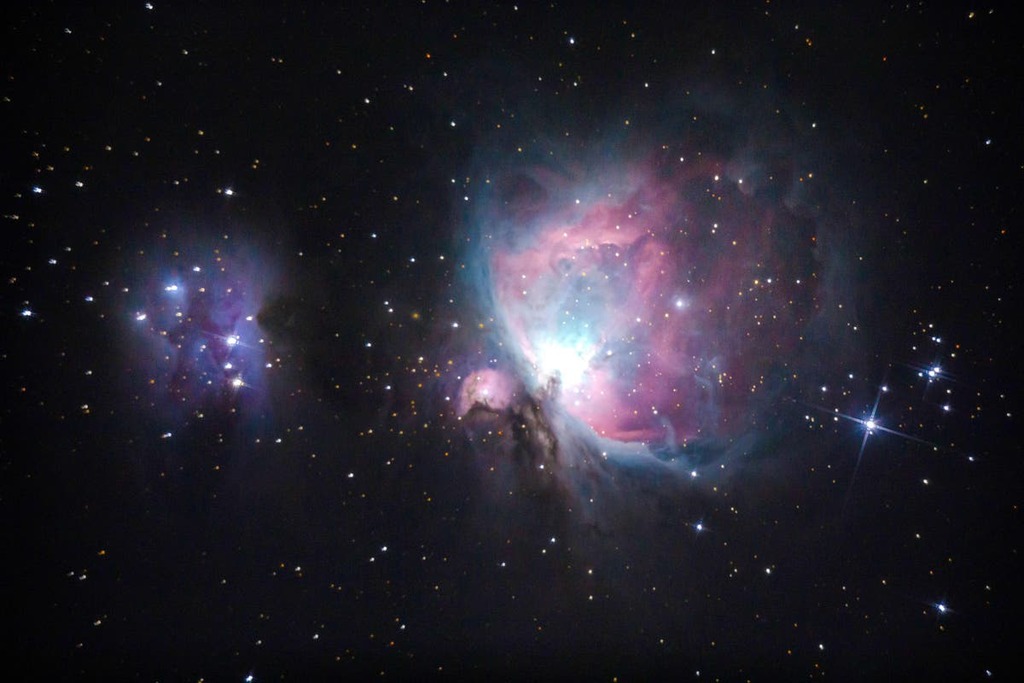 The Independent UK
Sci-Five | The Hindu Science Quiz: on fundamental forces and gravity

The Hindu
Why not? – Roy Hodgson thinks Jamie Vardy could still do a job for England

Irish Independent
‘Why not?’: Roy Hodgson thinks Jamie Vardy could still do a job for England

The 35-year-old called time on his international career in 2018.

The award honors those who utilize the power of science to advance questions about religion and humanity.

Zenger
Get all your news in one place
Latest Science news: 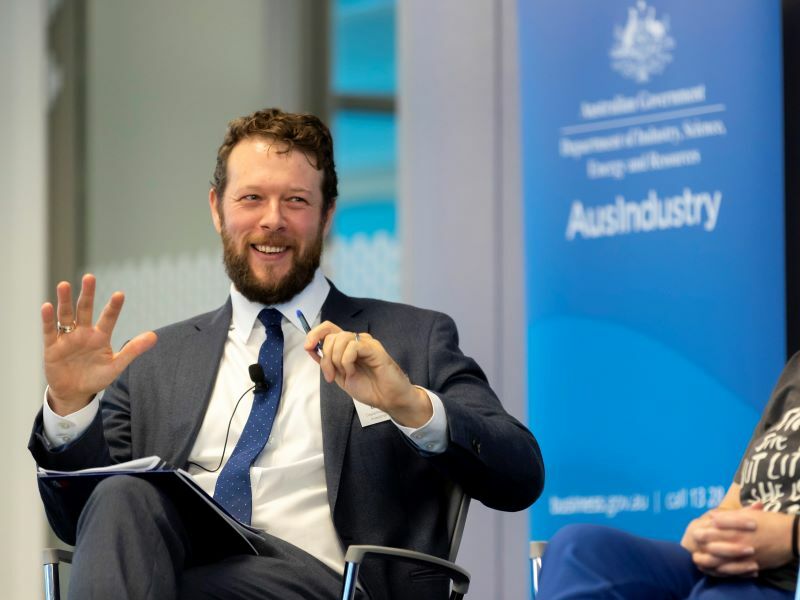 The missing piece in NSW’ grand innovation plan
New South Wales is on track to become Australia’s first trillion-dollar state economy by the end of the decade. The…

InnovationAus
Read news from The Economist, FT, Bloomberg and more, with one subscription
Learn More
Planetary waves, cut-off lows and blocking highs: what's behind record floods across the Southern Hemisphere?

From February to May 2022, many places in Queensland, New South Wales and Western Australia have seen record-breaking daily and…

The Conversation
No one can tell you're acting fake

A rare type of supernova created a goofy grin in space.

Inverse
Doctors wary of cannabis as a medicine

Doctors seem wary of prescribing approved cannabis products ahead of substantial clinical trials, and patients are missing out, writes Dr…

Newsroom.co.nz
From analysis to good news, read the world’s best news in one place
What your cat is really trying to tell you if they pee everywhere

In today's edition of Inverse Daily read about why your cat peeing is a complex communication signal, an anniversary for…

Inverse
When self-driving cars crash, who's responsible? Courts and insurers need to know what's inside the 'black box'

The first serious accident involving a self-driving car in Australia occurred in March this year. A pedestrian suffered life-threatening injuries…

Why scientists think physics could be in for a reckoning

By Roger Jones, and ,The Conversation

As a physicist working at the Large Hadron Collider (LHC) at CERN, one of the most frequent questions I am asked is, “When are you going to find something?” Resisting the temptation to sarcastically reply, “Aside from the Higgs boson, which won the Nobel Prize, and a whole slew of new composite particles?” I realize that the reason the question is posed so often is down to how we have portrayed progress in particle physics to the wider world.

We often talk about progress in terms of discovering new particles, and it often is. Studying a new, very heavy particle helps us view underlying physical processes — often without annoying background noise. That makes it easy to explain the value of the discovery to the public and politicians.

Recently, however, a series of precise measurements of already known, bog-standard particles and processes have threatened to shake up physics. And with the LHC getting ready to run at higher energy and intensity than ever before, it is time to start discussing the implications widely.

In truth, particle physics has always proceeded in two ways, of which new particles are one. The other is by making very precise measurements that test the predictions of theories and look for deviations from what is expected.

The early evidence for Einstein’s theory of general relativity, for example, came from discovering small deviations in the apparent positions of stars and from the motion of Mercury in its orbit.

Particles obey a counter-intuitive but hugely successful theory called quantum mechanics. This theory shows that particles far too massive to be made directly in a lab collision can still influence what other particles do (through something called “quantum fluctuations”). Measurements of such effects are very complex, however, and much harder to explain to the public.

But recent results hinting at unexplained new physics beyond the standard model are of this second type. Detailed studies from the LHCb experiment found that a particle is known as a beauty quark (quarks make up the protons and neutrons in the atomic nucleus) “decays” (falls apart) into an electron much more often than into a muon — the electron’s heavier, but otherwise identical, sibling. According to the standard model, this shouldn’t happen, hinting that new particles or even forces of nature may influence the process.

Intriguingly, though, measurements of similar processes involving “top quarks” from the ATLAS experiment at the LHC show this decay does happen at equal rates for electrons and muons.

Meanwhile, the Muon g-2 experiment at Fermilab in the US has recently made very precise studies of how muons “wobble” as their “spin” (a quantum property) interacts with surrounding magnetic fields. It found a small but significant deviation from some theoretical predictions — again suggesting that unknown forces or particles may be at work.

The latest surprising result is a measurement of the mass of a fundamental particle called the W boson, which carries the weak nuclear force that governs radioactive decay. After many years of data taking and analysis, the experiment, also at Fermilab, suggests it is significantly heavier than theory predicts — deviating by an amount that would not happen by chance in more than a million experiments. Again, it may be that yet undiscovered particles are adding to its mass.

Interestingly, however, this also disagrees with some lower-precision measurements from the LHC (presented in this study and this one).

The verdict — While we are not absolutely certain these effects require a novel explanation, the evidence seems to be growing that some new physics is needed.

Of course, there will be almost as many new mechanisms proposed to explain these observations as there are theorists. Many will look to various forms of “supersymmetry”. This is the idea that there are twice as many fundamental particles in the standard model as we thought, with each particle having a “superpartner”. These may involve additional Higgs bosons (associated with the field that gives fundamental particles their mass).

Others will go beyond this, invoking less recently fashionable ideas such as “technicolor”, which would imply that there are additional forces of nature (in addition to gravity, electromagnetism, and the weak and strong nuclear forces), and might mean that the Higgs boson is, in fact, a composite object made of other particles. Only experiments will reveal the truth of the matter — which is good news for experimentalists.

The experimental teams behind the new findings are all well respected and have worked on the problems for a long time. That said, it is no disrespect to them to note that these measurements are extremely difficult to make. What’s more, predictions of the standard model usually require calculations where approximations have to be made. This means different theorists can predict slightly different masses and rates of decay depending on the assumptions and level of approximation made. So, it may be that when we do more accurate calculations, some of the new findings will fit with the standard model.

Equally, it may be the researchers are using subtly different interpretations and so finding inconsistent results. Comparing two experimental results requires careful checking that the same level of approximation has been used in both cases.

These are both examples of sources of “systematic uncertainty”, and while all concerned do their best to quantify them, there can be unforeseen complications that under-or over-estimate them.

None of this makes the current results any less interesting or important. What the results illustrate is that there are multiple pathways to a deeper understanding of the new physics, and they all need to be explored.

With the restart of the LHC, there are still prospects of new particles being made through rarer processes or found hidden under backgrounds that we have yet to unearth.

This article originally appeared in The Conversation and was written by Roger Jones of Lancaster University. Read the original article here.

The Independent UK
Sci-Five | The Hindu Science Quiz: on fundamental forces and gravity

The Hindu
Why not? – Roy Hodgson thinks Jamie Vardy could still do a job for England

Irish Independent
‘Why not?’: Roy Hodgson thinks Jamie Vardy could still do a job for England

The 35-year-old called time on his international career in 2018.

The award honors those who utilize the power of science to advance questions about religion and humanity.

Zenger
Get all your news in one place