Why it could rain for months on Australia's east coast

When will this rain end?

There has been 24 clear days since the start of the year, with the ongoing downpour this week sparking flood evacuation orders in several suburbs.

Meanwhile, south-east Queensland has endured significant flooding amid the wettest start to the year on record.

Experts say there could yet be several wet months ahead.

While the dangerous east-coast low which has caused the catastrophic weather is expected to move on within days, persistent rain is set to continue for much longer.

"Forecasts for the La Niña event say that it's going to persist until May," Dr Ramesh said.

"But then the wintertime [after that] is when we get most of our rain."

La Niña refers to the complex series of events that involve ocean temperatures and the atmosphere reacting off Australia's east coast.

The phenomenon is associated with increased rainfall.

But Dr Ramesh warns that even the predicted end to La Niña in May is no guarantee.

"The confidence in that prediction is lower because it's further out in time," she said.

The BoM issued a similar warning, noting that even the most extreme weather events cannot be reliably predicted ahead of time.

"The atmosphere is a highly dynamic and fluid environment and any time in the future something extraordinary could happen," a BoM spokesperson said.

Asked whether Australia's east coast could see another major flooding event soon, the BoM said it was "definitely" possible.

"These extreme weather events that we see really only start to show a signal on computer models at around about day seven," the spokesperson said.

"You can't pick them beyond that period of seven days."

Despite the inevitable uncertainty of weather predictions, more rain than usual over March, April, and May is still a safe bet according to the BoM.

There is a 76 per cent chance that rain in Sydney over the next three months will exceed the average precipitation level for that period of 298 mm.

Further south towards Nowra and Bateman's Bay, there's an 83 per cent chance of falls being above average.

Meanwhile, in northern NSW, there's a 70-71 per cent chance of above average rainfall for Ballina and Lismore.

However, the average precipitation for these areas is almost twice that of Sydney's (472-579mm) meaning significant downpours are still on the horizon.

For now, the BoM says the only guarantee is that La Niña will continue to bring above-average rainfall for at least another three months.

"Percentage chance would suggest it would be a wetter than normal April to June period for the coast of NSW," the BoM spokesperson said.

"But how much more wetter than normal, that remains to be seen." 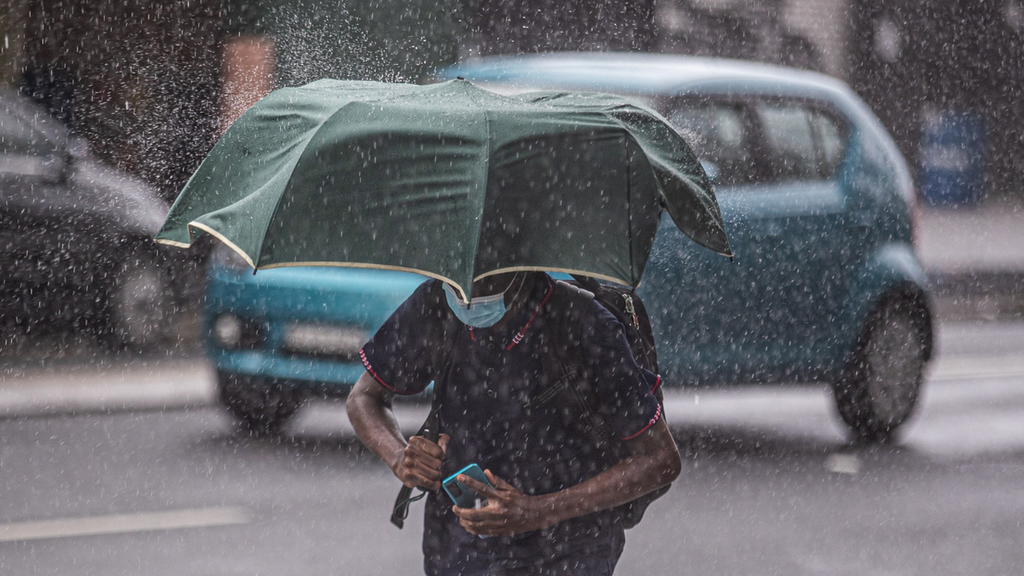 Great, Experts Reckon The Rain On Australia’s East Coast Could Last For Months
Don't pack away your Bunnings umbrella just yet.

Pedestrian.tv
One subscription that gives you access to news from hundreds of sites
Anatomy of a ‘rain bomb’: scientists strive to understand phenomenon that caused Australia’s east coast floods

The Guardian - AU
The east coast rain seems endless. Where on Earth is all the water coming from?

At any one time, Earth’s atmosphere holds only about a week’s worth of rain. But rainfall and floods have devastated…

The Conversation
Australia's record-breaking floods can be traced back to one thing, experts say

ABC News
One subscription that gives you access to news from hundreds of sites
Flooded Australian towns brace for more rains, several people still missing
Australian authorities on Friday warned of more rains over the weekend in several flooded regions in the country's east, likely…