Why is the Queen not doing the Queen's Speech and what will happen instead?

The Queen is set to miss the State Opening of Parliament on Tuesday, Buckingham Palace has announced. Prince Charles will deliver the speech instead for the first time.

It comes after much speculation over whether the Queen would fulfil one of her major duties as head of state. Up until today, Buckingham Palace had said the Queen was expecting to deliver the speech, with confirmation of her attendance due on Tuesday morning. However, the Palace confirmed at around 6pm this evening that the monarch would not be attending the event.

The 96-year-old has been struggling with her mobility in recent weeks, and also caught coronavirus earlier in the year. The Queen has cancelled a number of high-profile engagements in recent months, often opting for virtual appearances rather than in-person meetings.

Here's what we know about why the Queen will miss today's State Opening of Parliament and what is likely to happen without her.

Why is the Queen not doing the Queen's Speech?

The Queen will not be attending the event on her doctor's orders, according to the Palace.

Buckingham Palace said in a statement: “The Queen continues to experience episodic mobility problems, and in consultation with her doctors has reluctantly decided that she will not attend the State Opening of Parliament tomorrow." The episodic mobility issues are said to be a continuation of the problems the Queen has suffered since the autumn.

Last week, it was announced that the monarch, who celebrates 70 years on the throne this year, will miss the annual royal garden party season and be represented by other members of her family. The garden parties are being staged for the first time in three years and are important events in the royal calendar as those who have served their country or communities are invited to the monarch’s home.

The Queen has not been seen in public since the end of March, when she attended a service commemorating the life of the Duke of Edinburgh with senior royals and a congregation of hundreds. She celebrated her 96th birthday privately on April 21 at her Sandringham estate.

Last October, the Queen spent a night in hospital and spent the following three months under doctors’ orders to only conduct light duties and missed a number of prominent events. Since her health issues came to light, she has been using a walking stick in public.

What will happen at the State Opening of Parliament?

The Queen’s Speech sets out the government’s policies and proposed legislation for the new parliamentary session. In the Queen's absence, it will be read out by Prince Charles.

Buckingham Palace said: “At Her Majesty’s request, and with the agreement of the relevant authorities, The Prince of Wales will read The Queen’s Speech on Her Majesty’s behalf, with The Duke of Cambridge also in attendance.”

A Letters Patent authorised by the Queen has been issued to cover the change. It enables Charles and William to jointly exercise the function of opening Parliament.

As Charles takes on the major constitutional duty for the first time, the move, believed to be unprecedented in modern history, will be interpreted as a significant shift in his responsibilities as a king in waiting. This will also be the first time William has attended the event.

The State Opening of Parliament is known for its grand ceremonial aspects including traditions that can be traced back as far as the 16th century. Last year, during the height of the Covid-19 pandemic, the event was adapted with fewer guests to ensure it was safe.

The event begins with the Queen's procession from Buckingham Palace to Westminster. She is usually escorted by the Household Cavalry but has travelled in a car rather than a carriage in recent years. Since 2016, the Queen has used the lift rather than the stairs when arriving and leaving Westminster. She has also opted for smart day dress over the ceremonial robe and crown, which are very heavy. 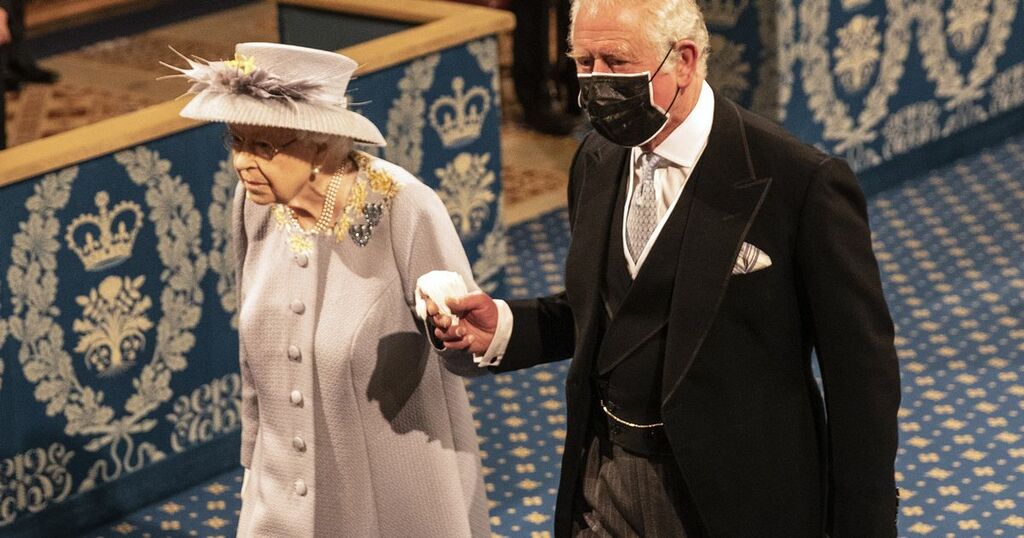 When and what time is the Queen's speech and what's expected from today's State Opening of Parliament
The government will be setting out a raft of laws focused on issues such as Brexit, education and levelling up…

Manchester Evening News
One subscription that gives you access to news from hundreds of sites
When is the Queen's Speech, what is it, and why is Princes Charles attending?

Prince William will also attend for the first time

Daily Record
Why is the Queen missing the State Opening of Parliament and what are episodic mobility problems?

The Queen will miss the State Opening of Parliament for the first time in 59 years.