Why hugely popular comedian Arron Crascall has been in Llanelli 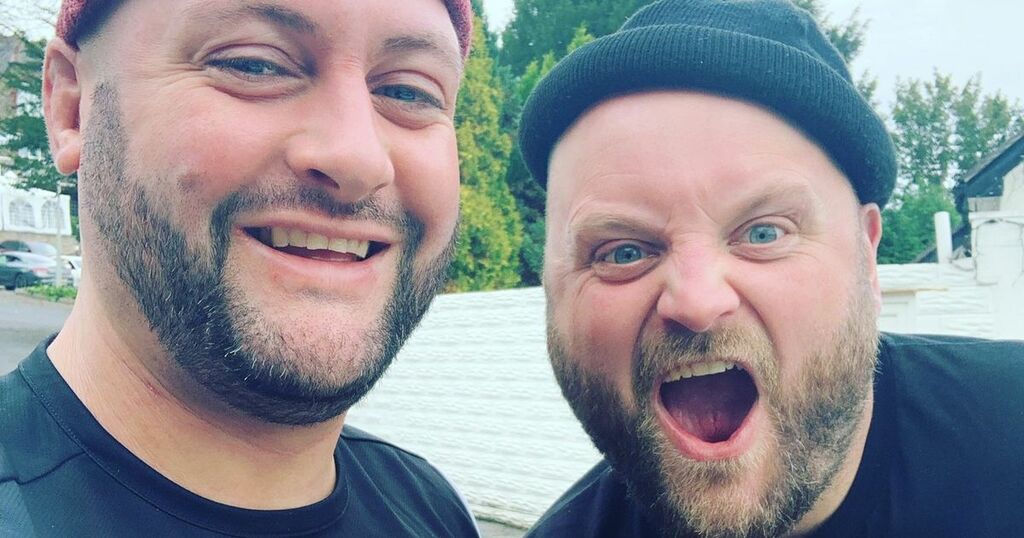 Most of us would have seen him pop up on our Facebook feeds with one of his hilarious comedy sketches, but the last place many would have expected to see Arron Crascall was around Llanelli.

The social media comedian, who is one of the UK's most popular with 8.7 million followers on his Facebook page alone, turned many heads as he was spotted around the west Wales town over the course of five days earlier this month.

And his visit to Llanelli all came through working with Pontarddulais's very own social media comedian Tom Rix, who met Arron whilst working with Manchester-based company It's Gone Viral.

Arron, 39, is in partnership with the company, so Tom asked about the possibility of featuring in a video with Arron. It led to the pair collaborating on around five videos together, shooting footage in Canterbury in Kent. A conversation during their meeting led to the star's trip to Wales.

Tom, 30, who has been uploading his own sketches to entertain his nearly 34,000 followers since 2016, said: "I told Aaron that I had been asked to play a role in a new Welsh film called Wales Tales. He asked whether I could get him a part as he really wanted to make his acting debut and he was well up for visiting Wales.

"I told the guys in Llanelli that Arron wanted a part in a film and they casted him. He came down to Llanelli, done his five days filming and he smashed it. He came down on Saturday, October 2 and left on Wednesday, October 6, and he was staying at The Diplomat Hotel in Llanelli.

"We went out on the Saturday night around Llanelli - he liked the area in general and he's had a good trip. We went to Met Bar, Clockworks, Bar Luna, The Vine. People were mobbing him for photos, they couldn't believe that it was him. They said: 'You know what, you actually look like Arron Crascall from Facebook' and he would say 'It is me'. I'm quite well known down here anyway for my comedy and so on but they just couldn't believe he was down here.

"I was grateful for him doing me the favour. He wanted to make his movie debut, we were all chuffed he agreed to do it.

"It was nice of him to come down my neck of the words so we could show him about and he could experience the culture."

Wales Tales, starring Tom Rix, Simon Emmanuel, Ben Evans and James Morgan, and made by Tim Lewis, Rish Mustaine and John Sjogren, tells the story of a group of cocklers who stumble upon a lost consignment of narcotics that the trafficker desperately needs back because it's one of a kind, so they visit Llanelli to hunt it down.

Mr Lewis said: "It's a low budget movie but we've got on board some major cast members. We started filming around the first week of September and we've got about ten days left until we wrap. It will definitely be released by next summer in the cinemas.

"It is going to fall into the 'stoner' genre of films, just like the likes of Dude, Where's My Car? That's the genre it would be officially put in, but it's so modernised and on point we're hoping it will be a cult classic.

"We've got about 80% of footage in the can, it's all filmed in 6K, it's looking really good, we're really happy.

"We've used one or two locations in Swansea but everything else is filmed in Llanelli. We're bringing Hollywood over to Wales."

You could still have an opportunity to feature in the film as an extra. If you would like to be part of a scene next week, e-mail walestalesmovie@gmail.com