Why Fans Are Wrong About Dexter: New Blood’s Divisive Ending 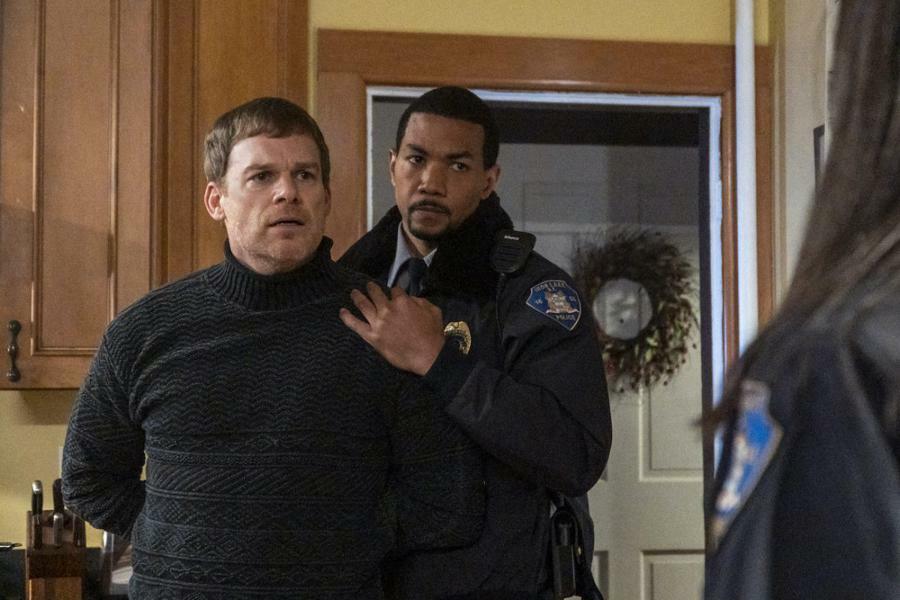 If you look up the word “angry” in the Dictionary you’ll find a link to the Dexter: New Blood subreddit.

Follow that link and you’ll see what I’m talking about. Fans are not happy with the revived show’s tenth—and final—episode. Well, many fans are but not Online Fans™.

“This is the most terrible ending to any show I can recall,” writes one forum user.

“What a sloppy and pointless season,” writes another. “What is the point of hyping up a show and the return to just kill it off with no actual development or continuation.”

I actually really enjoyed the entire run of Dexter: New Blood, and I was mostly happy with the ending, which finally wrapped things up for our hero, Dexter Morgan (Michael C. Hall) once and for all.

Many of my readers have expressed similar sentiments, but you’ll be hard-pressed to find anyone who agrees with me on reddit. That’s okay. We’re allowed to disagree about these things. And I’m allowed to tell you that you’re wrong.

In fact, I’m even allowed to say that a little tongue-in-cheek, mostly as a response to angry fans who insist on telling me that my opinion is wrong. The fact of the matter is: These are just opinions. We’re all allowed to have them and to disagree with one another in peace and harmony without shouting at one another on Twitter.

Okay, So Why Are Fans So Salty?

Short answer: “Fan” is derived from the word “fanatic” and there’s a reason for that. Fans are passionate, whether we’re talking about video games, comic books or TV shows (or, uh, Coke vs Pepsi).

Fans are passionate and I get it. I’m a fan, too. I’m still salty about what they did to Fear The Walking Dead. I’m not even a huge Wheel of Time fan and I’m pretty unhappy with how that adaptation turned out.

The longer answer is more complicated, of course. Fans have some legitimate gripes with Dexter: New Blood’s ending, but I also think that at least some of the fandom has placed our serial killer/vigilante on too-high a pedestal. Some fans have forgotten, or maybe never quite learned, that Dexter is a bad guy.

He’s a bad guy who kills other bad guys, sure, but his “code” doesn’t give him a pass on killing. He’s taking the law into his own hands, and often not as a last resort but as a way to get his fix. He’s a murder addict whose only true redeeming quality is that he mostly kills people who deserve it. But that doesn’t mean he gets to be judge, jury and executioner. That’s not how a functioning society works.

Dexter could have used his detective skills for good many times over, helping to get the bad guys locked up and the victims of their crimes the justice they deserved. Instead, he kills and hides the bodies, skipping the justice system entirely. How many survivors of these crimes never even knew that the killers were brought to justice? How many were left just wondering without an answer forever?

So for many fans, the finale of Dexter: New Blood was bad simply because Dexter was killed off. They wanted another season, or at least for Dexter to be allowed to live and continue his bloody work. They see him as a vigilante hero and want him to win. Seeing him lose—especially after all these years—is too much. I get that, too. Even I “rooted” for Dexter, while knowing full well that he’s a villain. I felt much the same way about Walter White in Breaking Bad.

There are other reasons people were mad about the Dexter: New Blood ending:

It Was Too Rushed

Some fans felt like the whole thing was unnecessarily rushed. I tend to agree with this complaint. It’s very possible that one or two more episodes would have helped bring this story to a more fitting conclusion.

I like how it ended, though. I just think it could have earned that ending a little better.

The final confrontation with Harrison (Jack Alcott) felt a little forced. Maybe if Dexter had killed Audrey (Johnny Sequoyah) or something more extreme than the self-defense killing of Logan (Alano Miller) it would have made more sense.

And still, I really thought that Harrison turning on his father once he realized that Dexter was just a murder addict worked. In some ways, he was following the code—taking down a bad guy so they couldn’t hurt anyone ever again. The difference is that Harrison isn’t a killer by nature. He was just an angry teenager.

One poster had a pretty good idea on how to make it less rushed, though it would require pretty much re-writing the entire season:

“Ending was soo rushed and lazy. Dexter would never have been that sloppy. They should have made Harrison end up as the big bad and have Dexter either kill him or at least be faced with the choice and stick to his code and kill him; then maybe have another season with Dexter in full blown serial killer mode (letting his dark passenger drive) with Angel and Angela hunting him down.”

Dexter Should Have Gone To Prison

This one isn’t a terrible idea, but it’s one that I can’t get behind. Dexter should have been arrested, faced charges, gone to trial and ultimately prison—or so the argument goes.

Dexter is all about our favorite serial killer investigating bad guys and eventually taking them out, all while just barely skirting justice and avoiding the law, sometimes with tragic consequences.

Dexter almost always gets the bad guy, but sometimes he’s just a smidge too late (Trinity Killer). And sometimes good people die along the way.

How exactly does that translate to a trial and sentencing and all the rest? Would we rush through that? Would we get a season for the trial? What would the other characters do? I don’t know. I just think it’s too different for a show like this. Dexter had to either escape to kill another day, or die. The ending we got was poetic and ensured that the story wasn’t dragged out forever.

(Dexter: Behind Bars in which Dexter takes out other inmates one by one, compulsively, just wouldn’t work).

Lots of fans felt like Angel Batista’s (David Zayas) return was wasted since the two never met up. I think it was more contrived than anything, giving Angela way too much of a lead on Dexter’s true identity. I mean, talk about crazy coincidences!

But I can see why, once introduced to New Blood, it would be more satisfying if he showed up and actually had a face-to-face with Dexter. Hell, he could have shown up along with Angela in the final scene and watched Dexter die. Maybe as Deb (Jennifer Carpenter) pulled her hands away, Batista could have knelt down where she was, just in time for Dexter to see him.

Either way, the Batista stuff was definitely not my favorite, both in terms of contrivances and payoff.

A lot of fans think that Dexter acted wildly out of character at the end. “Never get caught” certainly should include “Never get shot” right?

I guess so. But the whole point of Dexter and his son is that he’s finally, for this one person, truly being selfless. He actually loves and cares for Harrison in a way he never really has for anyone else.

This comes out in deeply messed up ways, like trying to rope Harrison into the “family business” before really confirming that he has his own “Dark Passenger”—a bad judgment call on Dexter’s part.

But would he really never let Harrison kill him? Would he insist on doing it himself in order to save his son the trauma of killing him?

Maybe. Or maybe Dexter is just screwed up enough that he thinks of it as a gift. Maybe he thinks that letting Harrison kill him will be good for his son, a release the same way that killing is a release for him.

I can see the argument that Dexter would still, in the end, save his own skin. But he would have had to run and force Harrison to shoot him in the back or let him go, and I think in that final moment he wanted to actually face what he’d done. Face his sins, face his son, and take his lumps.

I’m okay with that.

This Is All Just A Lousy Setup For A Harrison Spinoff

A lot of fans seem to think that Showtime wants to spin this off into a Harrison series. Dexter: Newer Blood or something. I think that makes absolutely zero sense. Why make Harrison a good guy who doesn’t want to kill if you’re planning a serial killer spinoff? This is actually the exact opposite of a setup for a Harrison spinoff, and him driving away after killing his dad is not proof of it being anything at all.

If I’m wrong, I will eat my hat and I will wag my finger and decry the whole business because it’s a terrible idea and makes no sense and renders the ending we got totally null and void. So hopefully they don’t do that because I like my hat and would hate this a great deal.

In any case, those are at least some of the reasons why fans hate the Dexter: New Blood ending and why I think they’re wrong—though not entirely wrong—about it, and generally over-the-top in their anger and dismay. But hey, that’s just my opinion. You can have yours and I can have mine and we can all agree to disagree.

What did you think of the ending? Any glaring problems I didn’t cover? Or did you enjoy it as much as I did? Let me know on Twitter or Facebook.