If you think about “unravelling the mysteries of the universe”, you probably think of physics: astronomers peering through telescopes at distant galaxies, or experimenters smashing particles to smithereens at the Large Hadron Collider.

When biologists try to unravel deep mysteries of life, we too tend to reach for physics. But our new research, published in Science, shows physics may not always have the answers to questions of biology.

For centuries scientists have asked why, kilo for kilo, large animals burn less energy and require less food than small ones. Why does a tiny shrew need to consume as much as three times its body weight in food each day, while an enormous baleen whale can get by on a daily diet of just 5-30% of its body weight in krill?

While previous efforts to explain this relationship have relied on physics and geometry, we believe the real answer is evolutionary. This relationship is what maximises an animal’s ability to produce offspring.

How much do physical constraints shape life?

The earliest explanation for the disproportionate relationship between metabolism and size was proposed nearly 200 years ago.

In 1837, French scientists Pierre Sarrus and Jean-François Rameaux argued energy metabolism should scale with surface area, rather than body mass or volume. This is because metabolism produces heat, and the amount of heat an animal can dissipate depends on its surface area.

In the 185 years since Sarrus and Rameaux’s presentation, numerous alternative explanations for the observed scaling of metabolism have been proposed.

Arguably the most famous of these was published by US researchers Geoff West, Jim Brown and Brian Enquist in 1997. They proposed a model describing the physical transport of essential materials through networks of branching tubes, like the circulatory system.

They argued their model offers “a theoretical, mechanistic basis for understanding the central role of body size in all aspects of biology”.

These two models are philosophically similar. Like numerous other approaches put forward over the past century, they try to explain biological patterns by invoking physical and geometric constraints.

Living organisms cannot defy the laws of physics. Yet evolution has proven to be remarkably good at finding ways to overcome physical and geometric constraints.

In our new research, we decided to see what happened to the relationship between metabolic rate and size if we ignored physical and geometric constraints like these.

So we developed a mathematical model of how animals use energy over their lifetimes. In our model, animals devote energy to growth early in their lives and then in adulthood devote increasing amounts of energy to reproduction.

We used the model to determine what characteristics of animals result in the greatest amount of reproduction over their lifetimes – after all, from an evolutionary point of view reproduction is the main game.

We found that the animals that are predicted to be most successful at reproducing are those that exhibit precisely the kind of disproportionate scaling of metabolism with size that we see in real life!

This finding suggests disproportionate metabolic scaling is not an inevitable consequence of physical or geometric constraints. Instead, natural selection produces this scaling because it is advantageous for lifetime reproduction.

In the famous words of Russian-American evolutionary biologist Theodosius Dobzhansky, “nothing makes sense in biology except in the light of evolution”.

Our finding that disproportionate scaling of metabolism can arise even without physical constraints suggests we have been looking in the wrong place for explanations.

Physical constraints may be the principal drivers of biological patterns less often than has been thought. The possibilities available to evolution are broader than we appreciate.

Why have we historically been so willing to invoke physical constraints to explain biology? Perhaps because we are more comfortable in the safe refuge of seemingly universal physical explanations than in the relatively unexplored biological wilderness of evolutionary explanations. 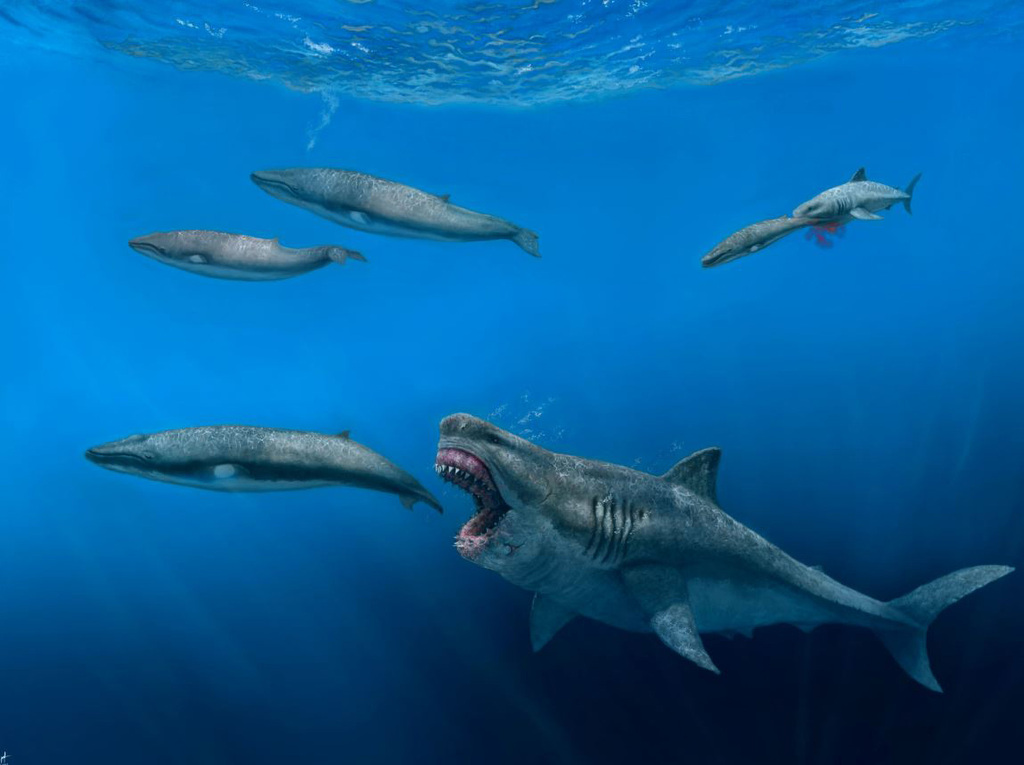 A Shark That Gulped Prey As Big As Killer Whales
Otodus megalodon is an extinct species of mackerel shark that lived approximately 23 to 3.6 million years ago.

Zenger
From analysis to the latest developments in health, read the most diverse news in one place.
Does chewing gum burn calories? The answer may be hard to swallow

In a bizarre experiment, researchers have calculated how much chewing raises the base energy expenditure in humans, giving an estimate…

Inverse
Tasmanian tiger babies could be a reality 'within 10 years', Melbourne University team says after partnering with US firm Colossal

The ocean floor is famously less explored than the surface of Mars. And when our team of scientists recently mapped…

The Conversation
One place to find news on any topic, from hundreds of sites.
Mobile app offers new learning tools for anatomy students. But tech isn't a silver bullet

For most people who finished school or university even a decade ago, the idea of virtual reality in the classroom…