Why a councillor said 'I hate it, I hate it' when social care pressures were discussed 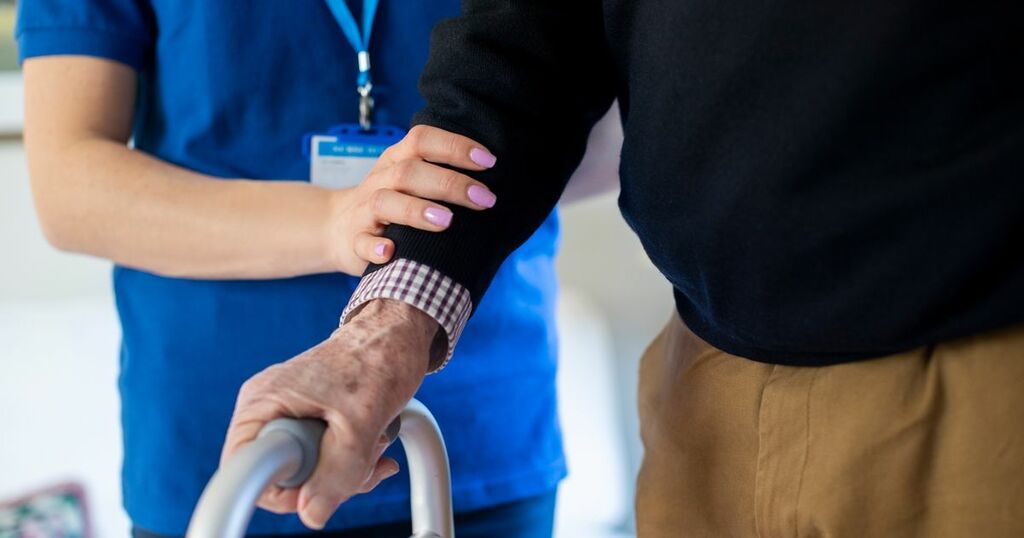 Staff shortages are leaving a council's domiciliary service "significantly compromised", said a report described by one councillor as one of the most sobering he had seen.

The report laid out the ongoing impact of the coronavirus situation on Carmarthenshire's adult social care services.

The by now common themes of recruitment and retention problems were cited, along with delays in assessing people in need of support and sourcing packages of care for them.

READ MORE: Health board will get elderly patients out of hospital faster by recruiting more home carers

The county is short of 65 domiciliary carers - both council and independent sector ones - but is busy recruiting, members of the council's social care and health scrutiny committee were told.

An exasperated Cllr Dorian Williams said it was the same story every year with the care sector.

"Little changes," he said. "I hate it. I hate it. We just end up where we began every year - a raging storm."

Neither he nor anyone present attached any blame to staff, and suggestions were made about how to improve the situation.

Cllr Kevin Madge wondered if child support could be offered to single mothers on council estates as a way of attracting them to the role.

He also said councils needed three or four-year funding allocations for social care, rather than one year, so they could properly plan ahead.

Councillors asked if discussions could take place with schools to encourage prospective carers.

The report said adult social care continued to provide safe and effective services in response to the pandemic. Also on the plus side, it said vaccinations were significantly reducing serious illness, deaths and major outbreaks generally speaking at care homes.

But since spring the service has experienced a large rise in the number of people seeking help.

Alex Williams, head of integrated services, said: "It's not unrealistic to say that people can be waiting several months for a package of care at the moment if they live in a particularly challenging area where capacity does not become available."

She said the fundamental challenge for the care sector was sufficient annual funding to make a real change, while the fundamental issue for care workers was rates of pay.

The council provides support for around a third of the people who receive domiciliary care in Carmarthenshire, via its 366-strong in-house team. Around 16% of them are off sick or isolating.

The remainder is provided by independent domiciliary care companies commissioned by the authority.

Mrs Williams said it would cost the council an extra £5 million to £6 million per year in wage top-ups to make the carer role more attractive. It was a Wales and UK-wide problem, she said.

A major recruitment drive is under way in Carmarthenshire, funded as part of a £2.4 million Welsh Government grant.

Mrs Williams said recruiting social workers was more within the council's gift, but there is a shortage.

The report said this social worker deficit was causing the waiting list for assessments "to grow to unacceptable levels".

It added: "This position is worsening and poses a significant risk to the authority’s ability to meet its statutory responsibilities."

Cllr Ken Lloyd said it was "one of the most sobering reports" he thought the committee had ever seen.

On the workforce challenges, Cllr Lloyd said this was a live issue four-and-a-half years ago, and that had reviews been done then the council would likely be in a better position now.

Cllr Jane Tremlett, cabinet member for social care and health, said the council wanted to ensure a career progression existed for carers, while an officer said a new member of staff was being appointed shortly to bang the recruitment drum in colleges, schools and out on the streets.

Addressing the childcare suggestion from Cllr Madge, Mrs Williams said this hadn't been highlighted as a barrier, and added that the Welsh Government provided up to 30 hours of free childcare a week for parents of three and four-year olds.

But she said it was something that could be looked at for potential carers with children younger than three.

The report set out other actions which were in train to make improvements, and made a number of recommendations. These include the term domiciliary care worker being changed to home carer, or something similar, and that these carers should be paid time and a half for every hour worked above 16 hours a week.

Cllr Kim Broom was among those thanking staff for their efforts, especially given the high absence rates which could make it feel "like a sinking ship".

What do you think about this story? Leave your thoughts in the comments below