Who is Shamima Begum, what did she do and where is the former IS bride now? 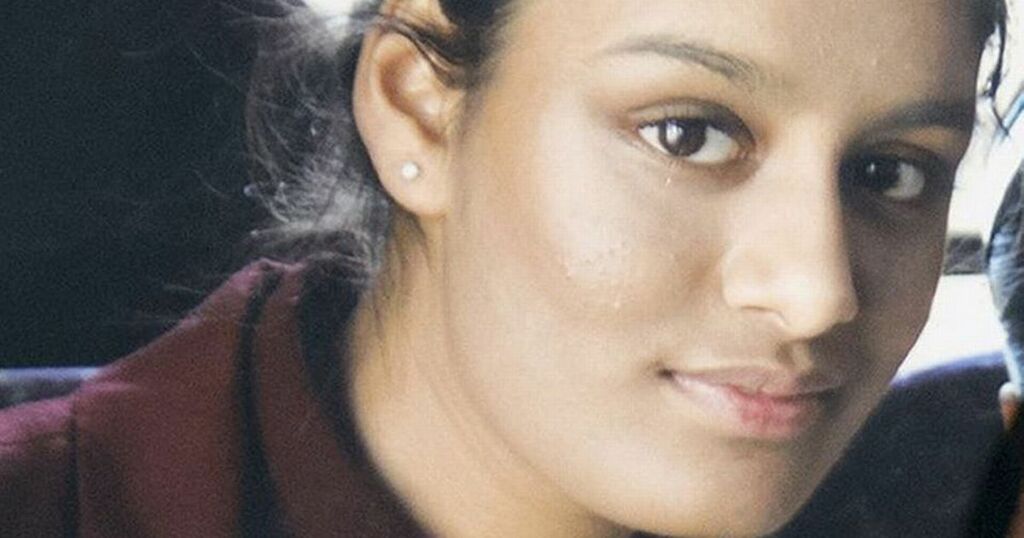 Former Isis bride Shamima Begum has begged the British public to forgive her, saying there is “no evidence” she was a key player in preparing terrorist acts and is prepared to prove her innocence in court.

Begum, who fled her east London home for Syria as a 15-year-old schoolgirl more than six years ago, denied any involvement in terror activities and said she wanted to be brought back to the UK to face charges.

The 22-year-old even said she could be “an asset” in the fight against terror in a direct appeal to the Prime Minister, saying she had been “groomed” to flee to Syria as a “dumb” and impressionable child.

But who is the former Isis bride and why does she want to return to the UK?

Who is Shamima Begum and where is she now?

Begum fled her east London home for Syria as a 15-year-old schoolgirl along with two other girls.

Ms Begum and Kadiza Sultana and Amira Abase, then 16 and 15 respectively, boarded a flight from Gatwick Airport to Istanbul, Turkey, on February 17, 2015, before making their way to Raqqa in Syria.

The three schoolgirls from Bethnal Green Academy left London shortly after Sharmeena Begum, who is no relation, travelled to Syria in December 2014.

Ms Begum claims she married Dutch convert Yago Riedijk 10 days after arriving in IS territory, with all three of her school friends also reportedly marrying foreign IS fighters.

Her British citizenship was revoked on national security grounds shortly after she was found, nine months pregnant, in a Syrian refugee camp in February 2019.

She told The Times in February 2019 that she left Raqqa in January 2017 with her husband, but her children, a one-year-old girl and a three-month-old boy, had both since died.

Her third child died in the al-Roj camp in March 2019, shortly after he was born.

Currently, she remains in the al-Roj prison camp in Syria.

What did she say about the Manchester bombings?

Begum had previously compared the 2017 Manchester Arena bombing – in which 22 men, women and children died after homegrown jihadi Salman Abedi detonated a suicide bomb – to military strikes on IS strongholds, calling the terror attack “retaliation”.

But she clarified her comments today in an exclusive interview with ITV's Good Morning Britain.

Why does she want to return to the UK?

The 22-year-old said she wanted to be brought back to the UK and face terror charges in order to prove her innocence.

She told ITV’s Good Morning Britain: “I am willing to go to court and face the people who made these claims and refute these claims, because I know I did nothing in IS (so-called Islamic State) but be a mother and a wife.

“These claims are being made to make me look worse because the government do not have anything on me.

“There is no evidence because nothing ever happened.”

She said she would “rather die than go back to IS” and added: “The only crime I committed was being dumb enough to join IS.”

The 22-year-old, who had her British citizenship revoked by the Home Office over security concerns, appeared from the camp in Syria where she is being detained, wearing a Nike baseball cap, a grey vest, and with pink nail varnish on her hands.

“But for those who have even a drop of mercy and compassion and empathy in their hearts, I tell you from the bottom of my heart that I regret every, every decision I’ve made since I stepped into Syria and I will live with it for the rest of my life.”

In a direct plea to Prime Minister Boris Johnson, Begum said: “I think I could very much help you in your fight against terrorism because you clearly don’t know what you’re doing.”

Will her citizenship be reinstated?

Ms Begum wants to challenge the removal of her British citizenship on the grounds that it made her “de facto stateless” and that the decision was procedurally unfair.

But health secretary Sajid Javid, who was home secretary when the decision was made to strip Begum of her citizenship, poured cold water on the prospect of overturning the ruling, despite Begum saying she was “pretty sure he would change his mind about my citizenship” if the pair met face-to-face.

He told Good Morning Britain: “The decision is both morally right, absolutely right, but also legally correct and the right one to protect the British people.

“I won’t go into details of the case, but what I will say is that you certainly haven’t seen what I saw.

“If you did know what I knew, because you are sensible, responsible people, you would have made exactly the same decision – of that I have no doubt.”