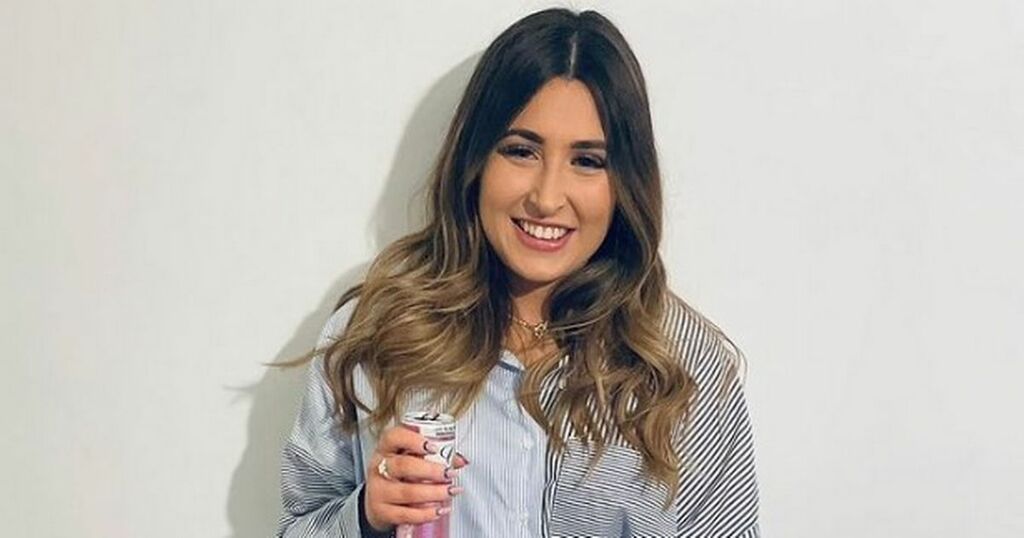 Gogglebox Sophie Sandiford's boyfriend, day job and 'secret' brother and sister
The 26 year old and her brother are firm favourites with Gogglebox viewers

Pete Sandiford and his wife are approaching their first wedding anniversary after a whirlwind romance.

The Gogglebox star, who shares his screen with close sister Sophie, has become a favourite among some viewers for his and Sophie's funny antics and brother-sisterly banter.

The sibling duo have been responsible for some iconic moments on the show, including Pete's heavily ripped pants, when Pete's pet corgi drank his coffee and when his young baby made a very vocal mess of his nappy.

Pete - who continues to have a job in the insurance industry - and Sophie have been on the show since 2018, so interest in their personal lives has increased ever since.

So who is Pete's wife?

Who is Pete from Gogglebox's wife?

Pete Sandiford from Gogglebox is married to Paige Yeomans, an emergency services call handler with a degree in English and linguistics from Queen Mary University of London.

Pete revealed he had a girlfriend in 2020, uploading a picture to social media and saying: "My Mrs and best mate what more could I ask for, don’t worry @sophiesandiford1 you are a close second best friend. This was taken last year FYI."

Their engagement was revealed in February 2021, when Sophie asked Pete about his engagement and if he felt different.

Pete said: "Yeah, I think... I feel like an even bigger responsibility. I don't know why. I'm going to have a wife."

They later married in May 2021, despite a first date Pete described as "awkward".

He told OK!: "We were in this bar in London and I bought this bloke a beer, which in London people never seem to buy anyone else a drink. So he was like my best friend didn't leave us alone so he was with us for the whole date."

The couple share a baby boy, Jimmy, who "takes after his mum".

Pete said at the National Television Awards: "[Being a dad is] tiring. The lack of sleep is not cool but it’s definitely worth it."

Pete and Sophie raised a few more laughs when discussing his one-year wedding anniversary with Paige.

Sophie replied: "Yeah, but you can't just get her a piece of paper!"

"Well what I can do actually is give her my credit card balance that she's been using recently - the sheet of paper to demonstrate how much I care."

*Gogglebox continues tonight at 9pm on

Pete SandifordSophie SandifordPaige Yeomans
Sign up to read this article

Gogglebox Sophie Sandiford's boyfriend, day job and 'secret' brother and sister
The 26 year old and her brother are firm favourites with Gogglebox viewers