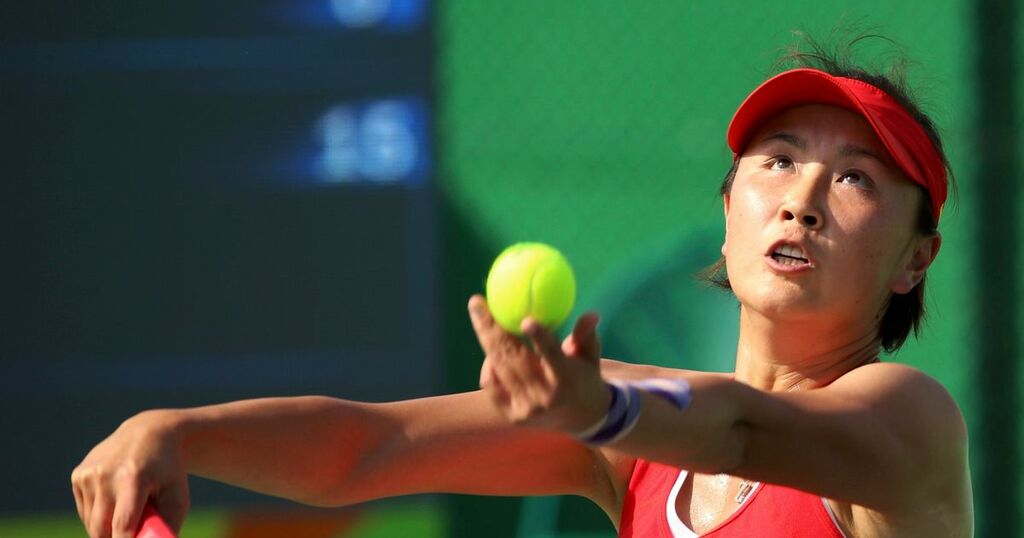 Chinese tennis player Peng Shuai remains missing and there is real concern over her safety and welfare.

The former US Open semi-finalist went missing after publicly accusing a member of the ruling Chinese Communist Party (CCP) of sexual assault.

The post was taken down and the whereabouts of the tennis player are currently unknown.

An email was released by Chinese state media claiming to be from her saying that she was safe.

But doubts have been cast over this by the Women's Tennis Association (WTA).

Several celebrities and tennis stars have expressed their anger and concerns.

The likes of Serena Williams, Naomi Osaka and Brit Andy Murray have all expressed their support.

Williams said she was 'devastated' and 'shocked' to hear about the news.

So why has she gone missing?

Who is tennis player Peng Shuai?

Peng is a successful tennis player and was ranked the 14th best singles player in 2011.

She also won the French Open and Wimbledon participating in doubles.

In 2014, she became the first Chinese player to achieve the world number one ranking in doubles.

Alongside stars like Li Na, she has been credited with advancing the Chinese game and increasing its popularity.

She was born in 1986 in Xiangtan and won her first singles title aged just 15.

Her WTA profile says she was introduced to tennis at the age of eight by her uncle and admired John McEnroe growing up.

A popular figure, she has not been seen in public since the social media post.

Why is Peng Shuai missing?

Chinese authorities are notoriously heavy-handed with voices of dissent against them.

People are often disappeared for criticism of the regime, and this is why people are so worried over the welfare of Peng Shuai.

Peng alleged that she had an extramarital affair with Zhang, now 75, but he stopped contacting her as rose higher up in the CCP.

Three years ago, she alleges, Zhang invited her to play tennis at her house where he sexually assaulted her.

The post was quickly removed and references to her on Chinese internet were removed. It is reported that even the word 'tennis' was censored.

What did the Peng Shuai email say?

An email was sent to WTA officials and released by CGTN, the Chinese state media on November 17. CGTN has been criticised as an outlet for propaganda for the CCP.

"Hello everyone this is Peng Shuai," the email said.

"Regarding the recent news released on the official website of the WTA, the content has not been confirmed or verified by myself and it was released without my consent.

"The news in that release, including the allegation of sexual assault, is not true. I’m not missing, nor am I unsafe. I’ve just been resting at home and everything is fine. Thank you again for caring about me.

"If the WTA publishes any more news about me, please verify it with me, and release it with my consent. As a professional tennis player, I thank you all for your companionship and consideration.

"Once again, thank you for your consideration."

WTA chief Steve Simon cast doubts over the emails' credibility, saying that the email had only 'raised his concerns'.

"I have a hard time believing that Peng Shuai actually wrote the email we received or believes what is being attributed to her," he said.