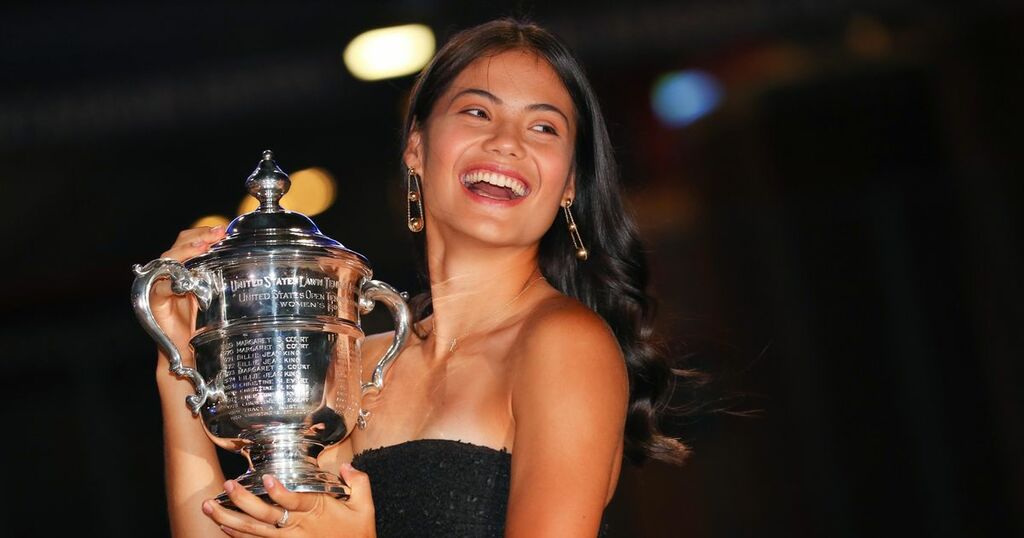 Emma Raducanu lifted the US Open trophy on Saturday evening in New York to become the first female British grand slam winner since 1977.

To her utter delight, her win over Canada's Leylah Fernandez meant she took on the mantle held by Virginia Wade since her win at Wimbledon in 1977.

Raducanu's story is one of multicultural success.

She was born in Canada to a father from Romania and a mother from China - crediting the former in part for her success.

"They are so mentally resilient - it's like nothing can bring them down," Raducanu said of her mother's side of the family.

"I would say I take a big part of my inspiration from her. My mum has worked very hard."

Raducanu becomes the first-ever qualifier to win the final of any grand slam tournament.

"It's an absolute dream. You just have visions of yourself going up to the box, hugging everyone and celebrating.

"That is something you always think of and work for, and for that moment to actually happen, I am just so grateful for my team here and back home, to the [Lawn Tennis Association] and every single person who has supported me along this journey."

It is a journey that has seen a meteoric rise for a woman who will turn 19 in November.

Having made her WTA Tour debut in Nottingham as a wildcard just this summer, Raducanu qualified for Wimbledon in the same fashion.

Two wins over Vitalia Diatchenko and Markéta Vondroušová saw her qualify for the third round, and in doing so she became the youngest British woman to do so since Elena Baltacha in 2002.

In beating Sorana Cîrstea, Raducanu became the youngest British woman to qualify for the fourth round in Open history - and may have progressed further had she not been forced to withdraw from her match with Ajla Tomljanović with breathing difficulties.

Her next Open opportunity was scarcely-believable.

Whatever happens from here, Emma Raducanu has etched her name into tennis folklore.

But it looks like she has only just begun.