Who is Dominic Raab? Deputy PM removed as Foreign Secretary 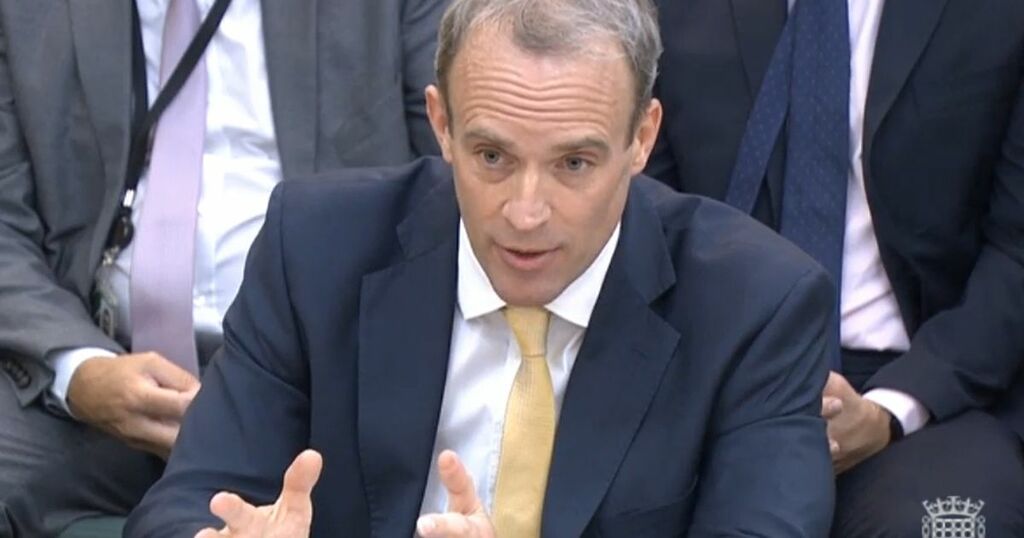 Dominic Raab has been sacked from his position as Foreign Secretary by Boris Johnson, but will stay on as a Cabinet Minister.

Education Secretary Gavin Williamson, Justice Secretary Robert Buckland and Housing Secretary Robert Jenrick have all been kicked out of the Cabinet, and will be returning to the back benches at Downing Street.

Amanda Milling, the party’s co-chairman, is also out, while Liz Truss and Michael Gove are set to take on new positions as part of the Prime Minister’s Cabinet reshuffle .

But who is Dominic Raab and what are his new roles within Parliament? Here’s what you need to know.

Who is Dominic Raab?

Dominic Raab is a former commercial and Foreign Office lawyer and current Conservative MP for Esher and Walton.

The 47-year-old started his political career in 2006 and was first elected to Parliament four years later, in 2010.

After five years as a backbencher, Mr Raab became a Junior Justice Minister, playing an important role in the Leave campaign during the 2016 EU referendum.

The Brexiteer was then sacked by Theresa May, but returned to government as Justice Minister in June 2017, moving through various positions until he quit in November 2018.

He then proceeded to re-enter government following Mrs May’s resignation, and following a failed leadership bid, was promoted to Foreign Secretary by Boris Johnson.

Why was Dominic Raab sacked as Foreign Secretary and who will replace him?

Opposition parties have been demanding Mr Raab resign or be sacked after he came under fire in August for his handling of the Afghanistan evacuations.

The former Foreign Secretary was widely criticised for his decision to continue his holiday in Crete while the Taliban took control of Afghanistan.

He came under further fire after it emerged that he had not contacted the Afghan government to discuss evacuation plans for stranded translators.

Ms Truss, who will become the UK’s second-ever female Foreign Secretary, will also retain her role as Minister for Women and Equalities.

What is Dominic Raab’s new position within the Conservative party?

As the first secretary of state, the Conservative MP was already the UK government’s de facto second-in-command, and previously stood in for the Prime Minister when he was hospitalised with coronavirus last spring.